We're celebrating a success for this campaign! Safe Routes to School is funded in the City of Atlanta's FY '22 budget.

Sign the Petition: Urge City of Atlanta to Fund Safe Routes to School in FY 2022

It was once the norm for kids to bike around their neighborhoods and to school. Biking provided independence for growing kids while giving them physical activity and access to social networks. In 1969, 50% of kids walked or biked to school. But by 2009, just 13% did. 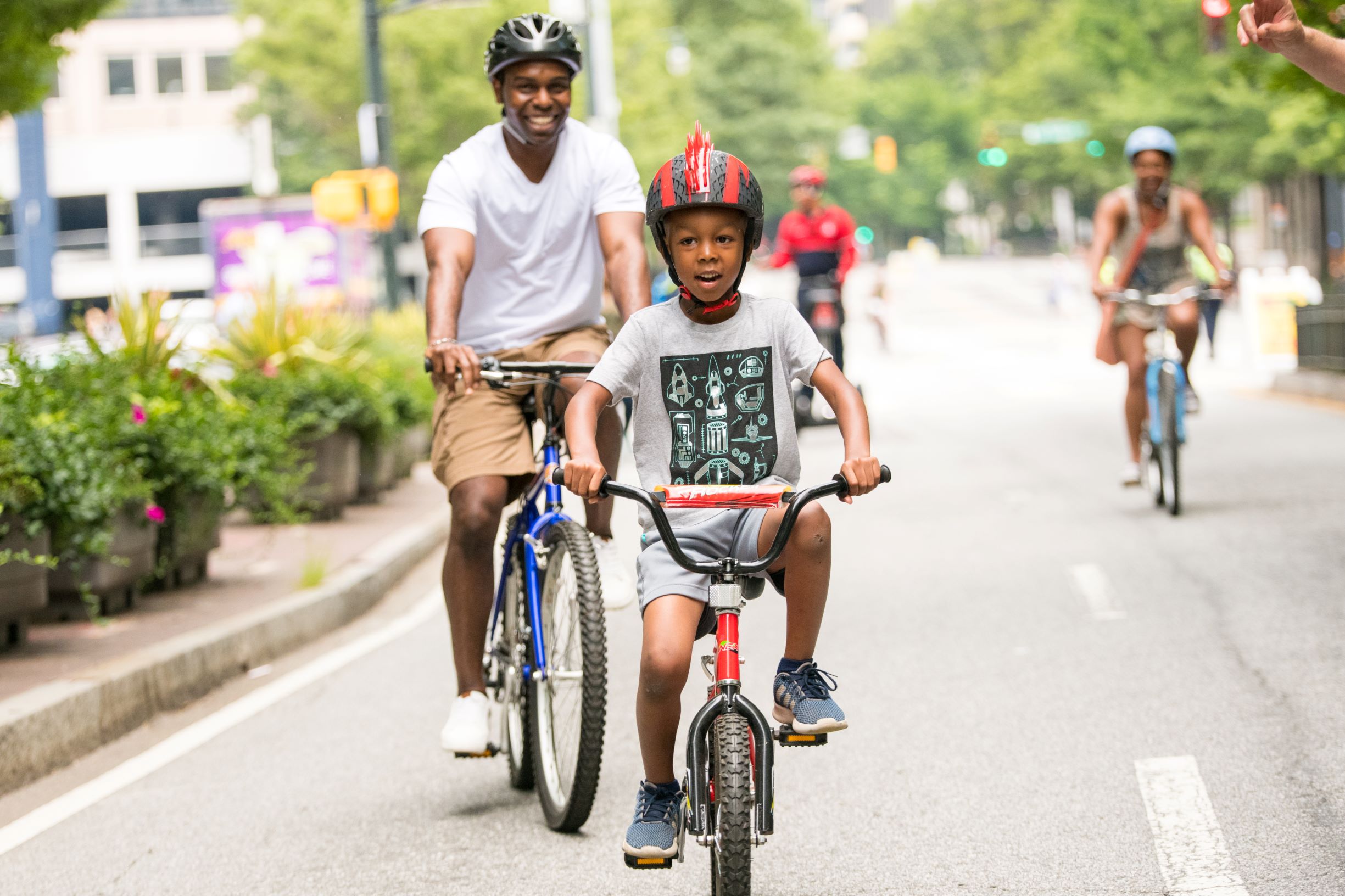 That’s why one of our City of Atlanta Policy Agenda recommendations is for the Atlanta Department of Transportation to create a Safe Routes to School program, prioritizing safety for schools near the High-Injury Network. Atlanta’s students deserve reliable City funding that supports their success by establishing safe transportation options that make communities more livable and prevent displacement.

All children benefit from increased physical activity — having safe ways to walk, bike, scoot, or skate to school makes it easier to incorporate exercise into their daily routines. According to the September 2017 Active Transportation Policy Brief for Atlanta Public Schools:

In the City of Atlanta between 2012-2015, 44 percent of bicycle crashes and 53 percent of pedestrian crashes occurred within a half-mile of an Atlanta school. Programs supporting safe active transportation to and from school improve safety through measures like traffic calming, student education, and infrastructure improvements.

When students start biking or walking to school, it positively affects the whole community. For example, we've discovered that parents also become interested in how they can improve the safety of streets in their communities. It also affords more exercise opportunities for the whole family, and children begin healthy, sustainable habits that can inform their transportation choices later in life.

Leading up to the City of Atlanta’s budget hearings, we’ve spoken with City officials about solidifying funding for a Safe Routes to School program. We’re pleased to report the Atlanta Department of Transportation and the Mayor’s Office have been very receptive — we’re told funding to hire a Safe Routes to School program staffer is slated for Atlanta Department of Transportation’s FY 2022 budget.

Help make sure this key program makes it through budget hearings and potential cuts — sign this petition and let your city councilmember and the mayor know Safe Routes to School is critical to happy, healthy, successful students and their families.