Two years later: what’s the status of the corridor projects in Mayor Keisha Lance Bottoms’ 2019 Action Plan for Safer Streets Across Atlanta? Find out using our interactive online infrastructure project tracker! Click the arrows at the top left of the map to view the legend and toggle layers on and off. Or, visit the Infrastructure Project Tracker StoryMap for an interactive narrative experience. 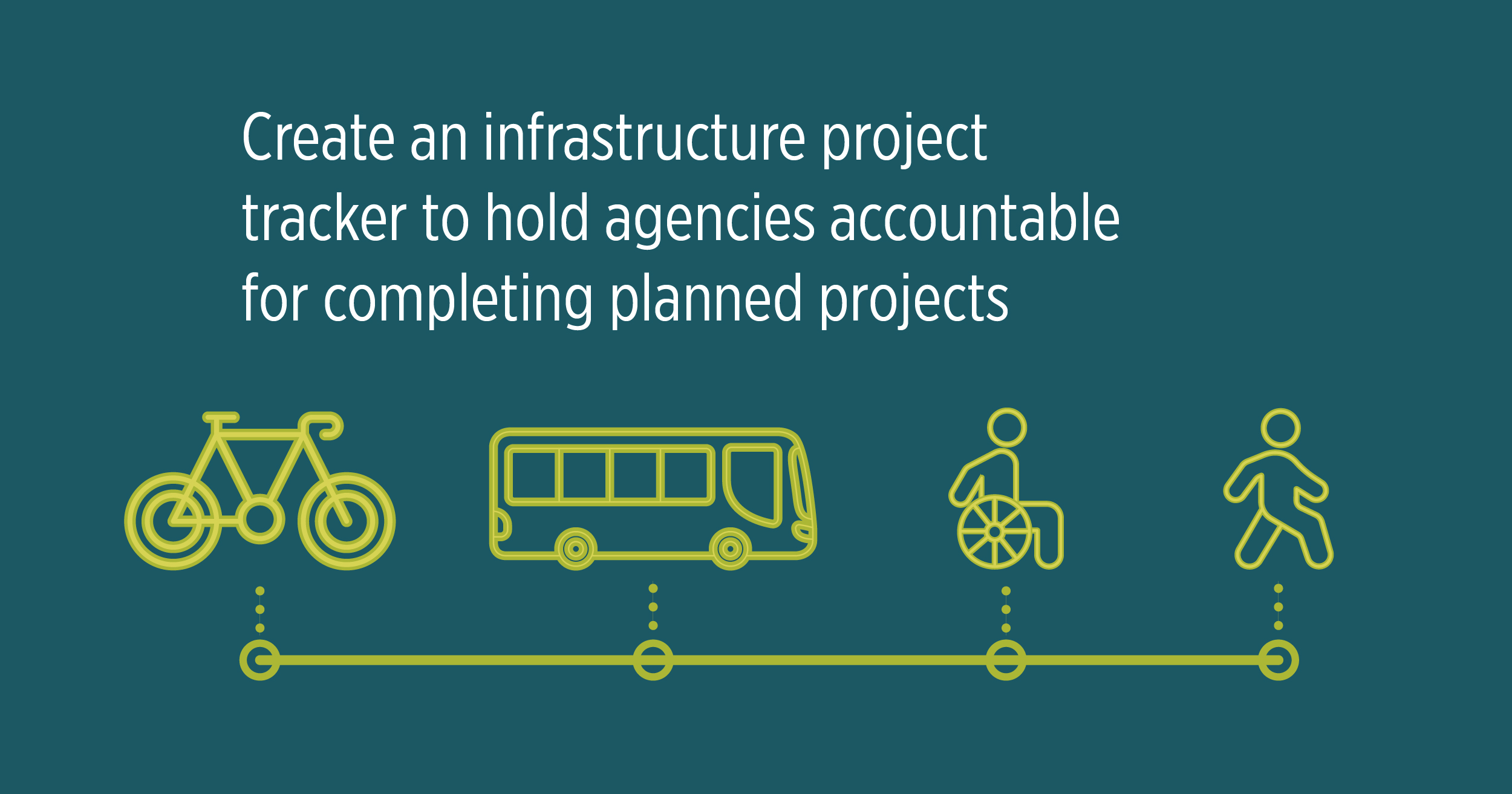 The Atlanta Bicycle Coalition created an online infrastructure project tracker to keep the City of Atlanta accountable for completing approved projects that lead to safe and complete streets.

Starting with the Mayor's Action Plan for Safer Streets Across Atlanta, the infrastructure project tracker follows and maps ongoing transportation improvements across Atlanta, such as bike lanes, sidewalks, and trails, and provide up-to-date information about Atlanta's infrastructure projects. Our project tracker also provides opportunities for Atlantans to take action in helping improve or advance projects.

On September 25, 2019, in response to several fatal scooter crashes, Atlanta Mayor Keisha Lance Bottoms announced the Action Plan for Safer Streets Across Atlanta, a two-year $5-million plan promising to "change our streets by creating safer, dedicated spaces for cyclists and scooter riders." The Plan aimed to "establish new connections between key neighborhoods across the city" and bring "more than 20 miles of safer streets" through accelerated safety improvements and redesigns across 26 Atlanta corridors. According to the Plan, funding would come from “redesigning existing projects, departmental budgets, and community partners.”

By the end of 2020, Mayor Bottoms pledged to double Atlanta's on-street protected bike network from 4 to 8 miles, and to triple it to at least a 12-mile network of protected bike lanes by the end of 2021. Our research found that ATLDOT and partner agencies have completed around 11 miles of the Mayor’s Action Plan for Safer Streets’ projected 20+ miles of safer streets to date.

Six of the Plan's 22 target corridors are part of Atlanta's High-Injury Network (HIN), which includes the city's most dangerous routes for walking and biking. Ralph David Abernathy Boulevard, Lee Street, Martin Luther King Jr. Drive, and Campbellton Road, as well as Cascade Avenue and Dekalb Avenue — two significant corridors we advocated for — are included in the mayor's plan.

Despite our call for the City to use the mayor’s plan as an opportunity to prioritize corridors on the High-Injury Network, the Martin Luther King Jr. Drive Improvement Program is the only completed project within the HIN to date. The five remaining streets are currently in the planning and development or design phases of completion. More specifically, the Lee Street project is still in the planning & development stage, while the projects for Campbellton Road, Cascade Road and Avenue, and Ralph David Abernathy Boulevard are in the design phase.

Prioritizing projects on the High-Injury Network is critical because of the high risk that more people could be injured or killed on these dangerous streets. For instance, as recently as Wednesday, August 25, 2021, a woman lost her life on Cascade Road while driving.

In 2021, the Atlanta Department of Transportation (ATLDOT) published an interactive Project Map that allows the public to track the progress of ongoing infrastructure projects across the city.

This is a welcome step forward. However, while ATLDOT's map shows many of the Action Plan for Safer Streets' target corridors, some are missing or have minimal information, making the entire target network appear shortened.

Based on the available information on ATLDOT's interactive map, five out of 34 of the plan's target projects are complete, while the majority of the targeted routes are still in the design phase, construction phase, or have limited information available. Using our infrastructure project tracker, we found that the Atlanta Department of Transportation (ATLDOT) and partner agencies have completed approximately 11 of the 20 pledged miles between 2019-2021.

During the City’s infrastructure program meetings in November 2021, we learned that several of these projects are included in the proposed bond and TSPLOST lists that will go to voters for approval in May 2022. While we don't know how mayor-elect Andre Dickens' administration will handle these projects, we're excited to continue keeping track of them.

Based on our research, the current stages of completion for each project in the Mayor's Action Plan for Safer Streets Across Atlanta are listed below.

Not Started or Limited Information Available:

Atlantans deserve safer streets. Although COVID-19 set back projects all over the country, we will continue to hold government agencies accountable for building what is planned and sharing timely updates with the public when plans change.

Stay tuned for opportunities to take action to advocate for these projects. 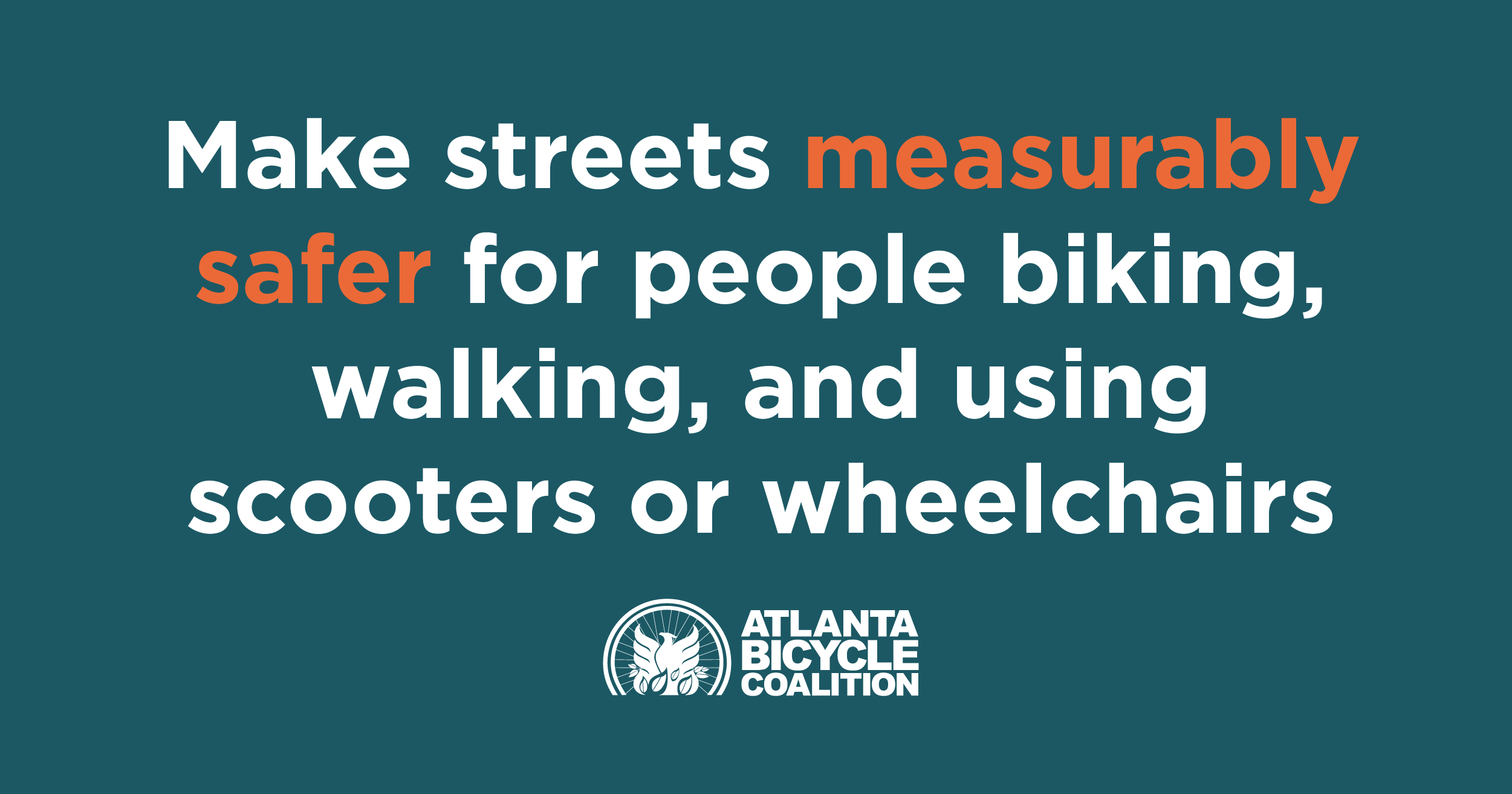