This campaign is celebrating a win with the April 2020 adoption of Vision Zero legislation. Read more.

Set a city goal of zero traffic deaths, and create a data-driven approach in which multiple city departments collaborate to reduce roadway crashes and fatalities to zero -- because no one should die trying to get somewhere.

Atlanta should aspire to make streets safer for everyone regardless of their choice of travel modes. The unfortunate reality is that the number of roadway crashes increased from 2011-2014 across Metro Atlanta. The numbers are highest in Fulton County. In 2017 alone, 115 people died on streets in Fulton County, 36 of whom were walking, and two of whom were on bikes. None of them should have died while trying to get to where they were going.

In making Atlanta streets safer for everyone, it is imperative to set a city goal of zero traffic deaths by adopting a “Vision Zero” strategy for the City of Atlanta. Vision Zero starts with a simple premise: traffic fatalities and severe injuries are preventable. The Vision Zero approach requires rigorous collaboration across city departments and stakeholders to devise data-driven and measurable strategies to achieve the shared goal of zero fatalities. Originally started in Sweden, Vision Zero has been adopted by 27 American cities, including San Francisco, Portland, New York, and Seattle. 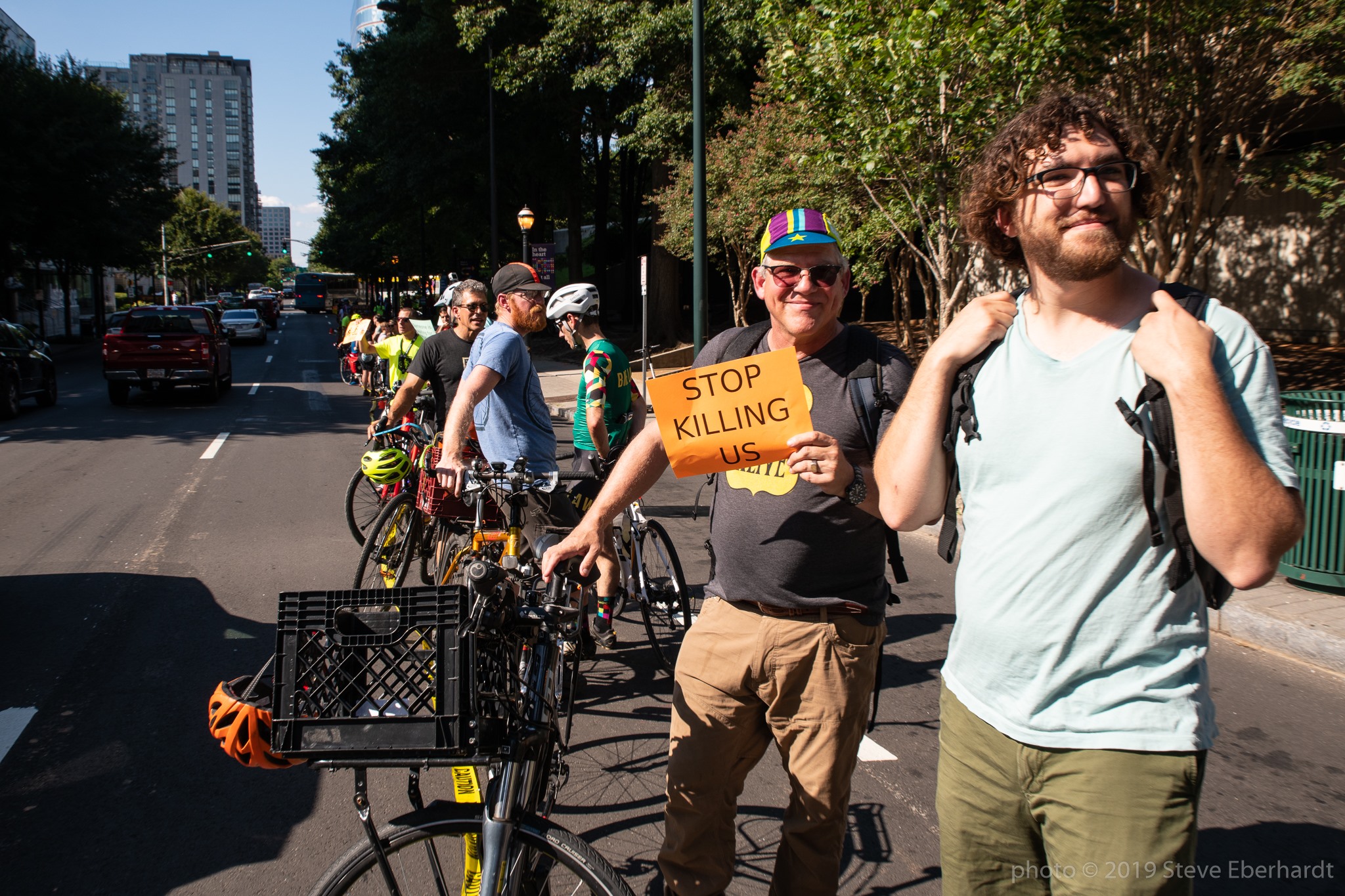 Vision Zero emphasizes engineering streets for safety and educating the public. By acknowledging that people will make mistakes, we must thoughtfully design streets that provide clear visibility for streets users, discourage speeding, provide separation between modes, and protected pedestrian crossings that would dramatically reduce the conditions that lead to fatalities and injuries.

Another fundamental key to eliminate traffic fatalities and serious injuries is public awareness. Vision Zero Action Plan should incorporate efforts to educate travelers of all modes to allow them to travel safely and respectfully together.

While some U.S. cities include enforcement of traffic laws using traffic stops in their Vision Zero strategies, we do not support that strategy for Atlanta. Traffic stops have not been proven to have a lasting impact on the risk of collisions and create the potential for dangerous interactions between the public and the police. Traffic stops would not get us to a safe transportation system that we aspire. Over-reliance on police enforcement could hinder street design and policies that truly prioritize safety for people using all modes of transportation. From an equity perspective, there has been growing interest in limiting law enforcement actions in Vision Zero in order to reduce the possibility of disparate impacts on minority and low-income travelers. Traffic stops also significantly hinder the flow of traffic creating obstacles and unsafe conditions for all modes.