Seeing is Believing on DeKalb Ave 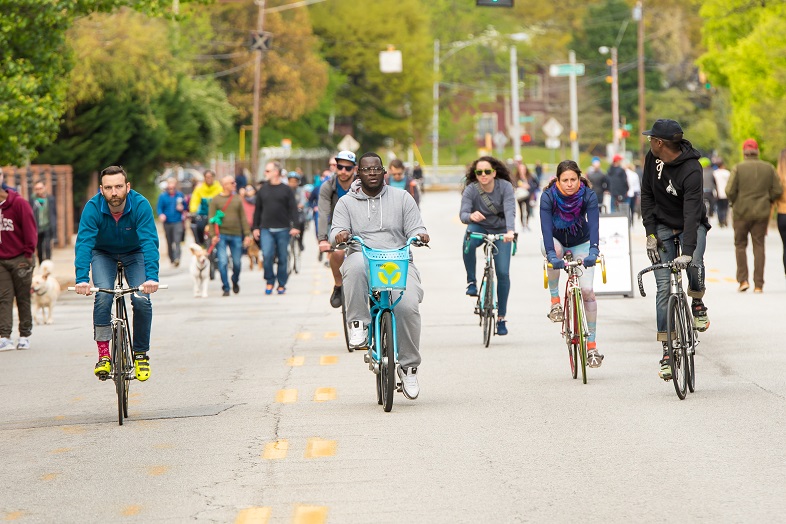 74,000 people biked, walked, skated, or pushed strollers down DeKalb Ave last Sunday at Atlanta Streets Alive. That’s nearly a week’s worth of car traffic crammed into 4 hours on a street that carries about 15,000 vehicles per day. Unlike a white-knuckled car ride down DeKalb Ave which has seen as many as 11 crashes and 5 injuries in a given week, Atlanta Streets Alive documented 1 EMS visit -- a skinned knee that required an ice pack.

DeKalb Ave, an infamous minor arterial known for a reversible lane grimly referred to as the “Suicide Lane,” saw 345 crashes and 101 injuries in 2017, according to crash data from the Georgia Department of Transportation. That's almost a crash day. (For the purpose of this blog, DeKalb Ave refers to the DeKalb Ave corridor that includes Decatur St.) 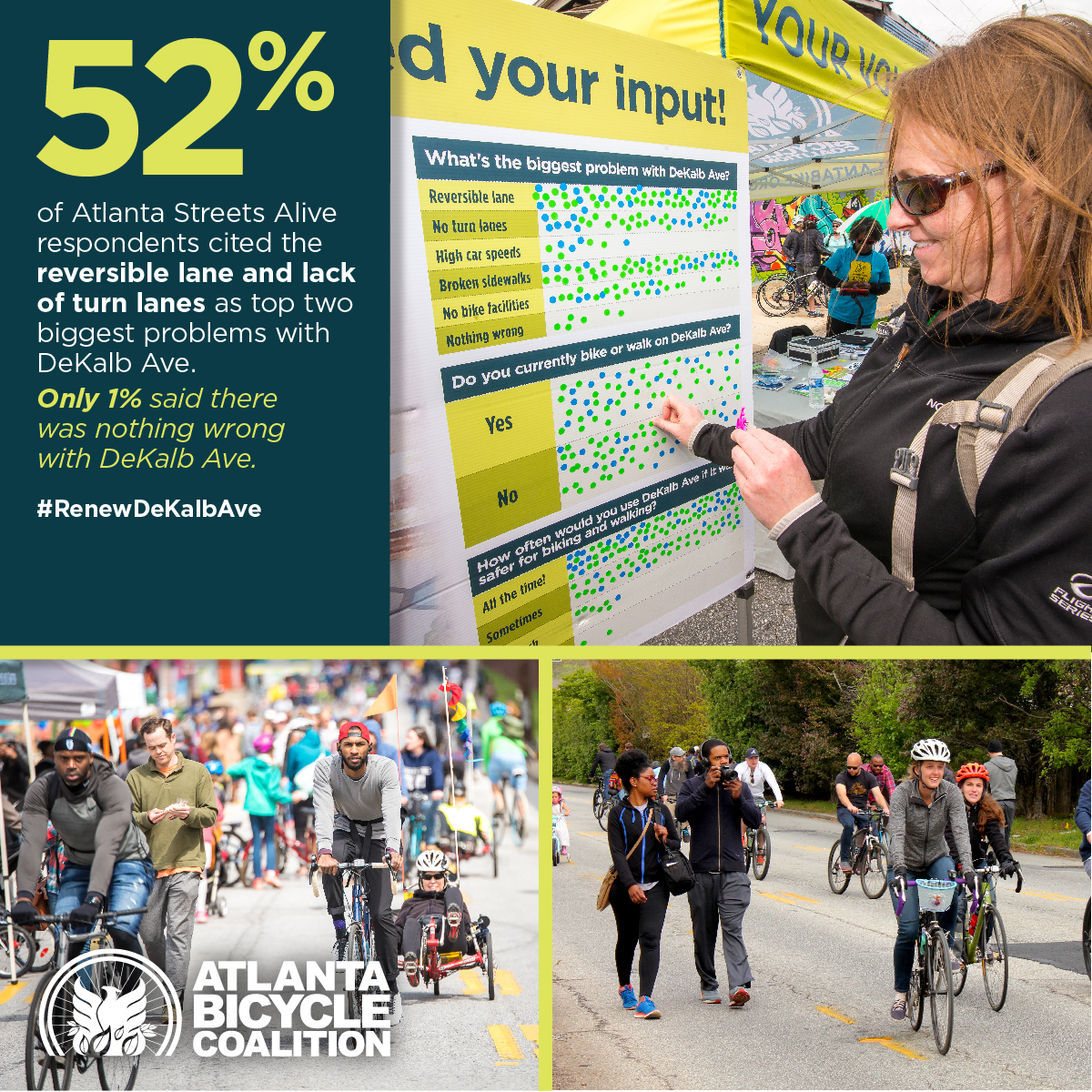 Councilmember Natalyn Archibong (District 5) and Amir Farokhi (District 2) addressed the festive crowd gathered at the kickoff parade in Downtown Atlanta. Before the phoenixes took flight, Archibong and Farokhi pointed out the safety concerns that have defined this critical east-west corridor and stressed the importance of showing up at the City of Atlanta’s DeKalb Avenue Complete Street public meeting on April 18th. 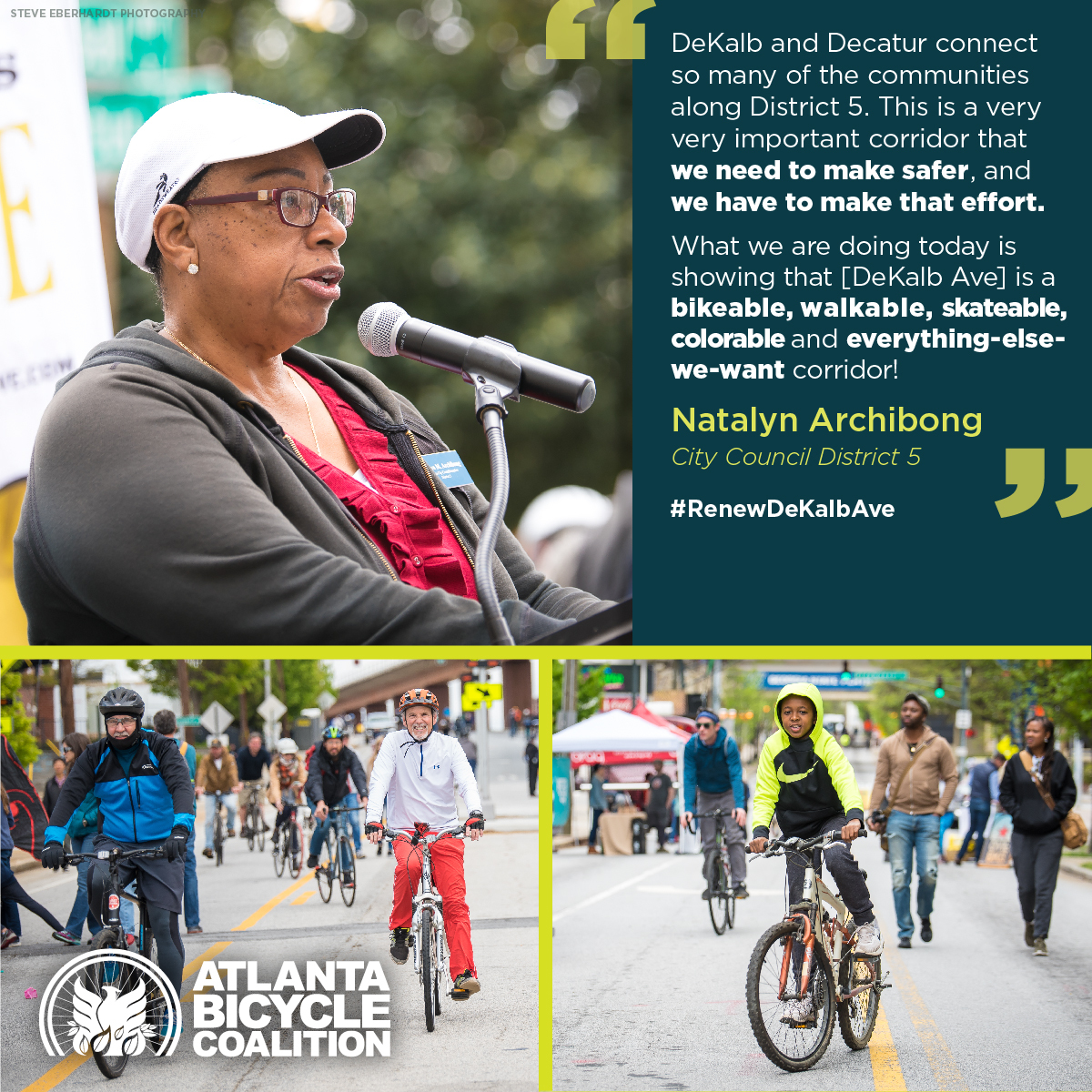 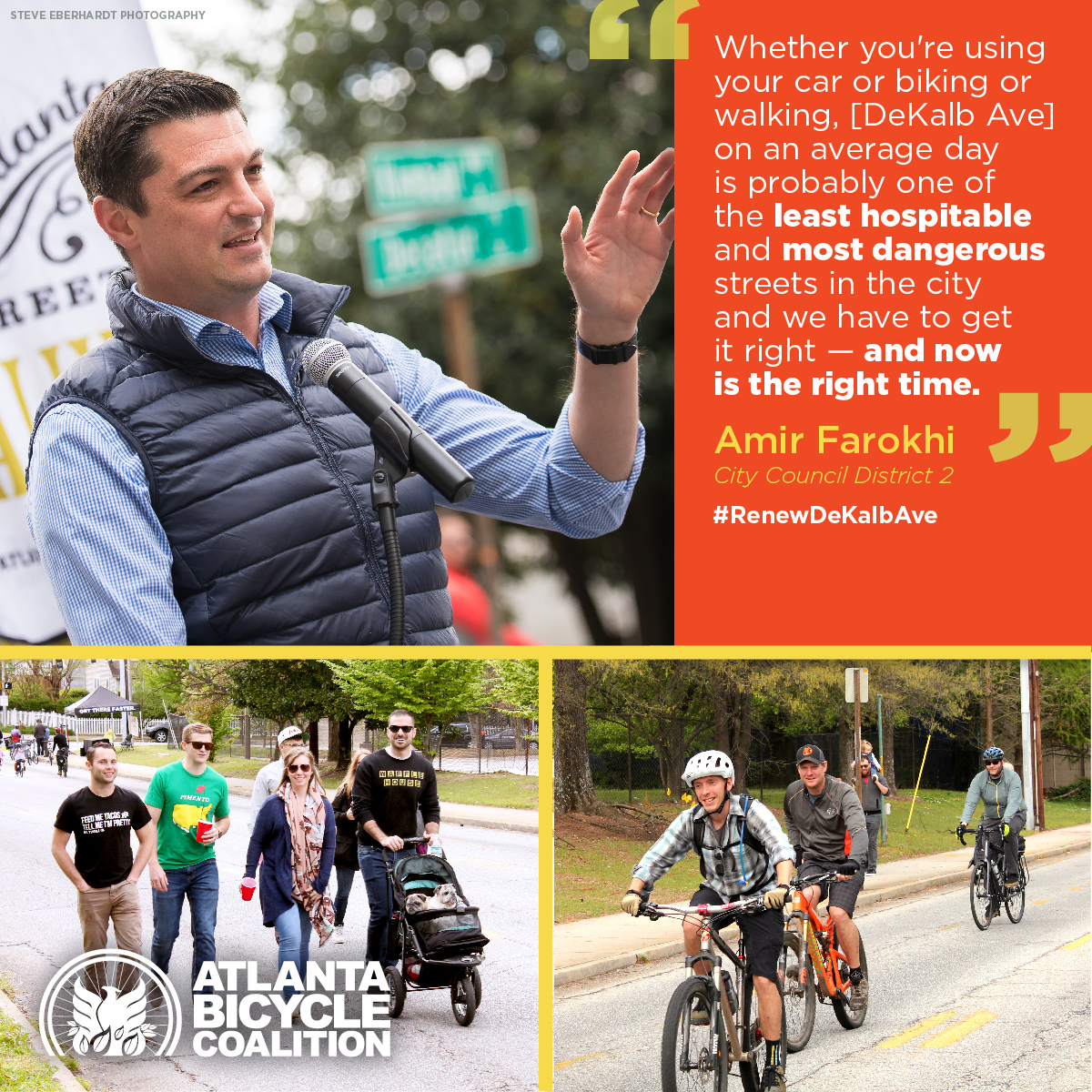 Next Wednesday, April 18th, the City’s Renew Atlanta department will host its third public meeting in three years for this eagerly anticipated project. The previous two meetings gathered feedback from attendees and presented concepts illustrating what DeKalb Ave could look like. Atlanta Streets Alive gave people the opportunity to experience a safer DeKalb Ave and to see the pent-up demand for a Complete Street designed and built for people, not cars. If Atlanta Streets Alive showed us one thing, it's that people want a safer DeKalb Ave safer to bike and walk. 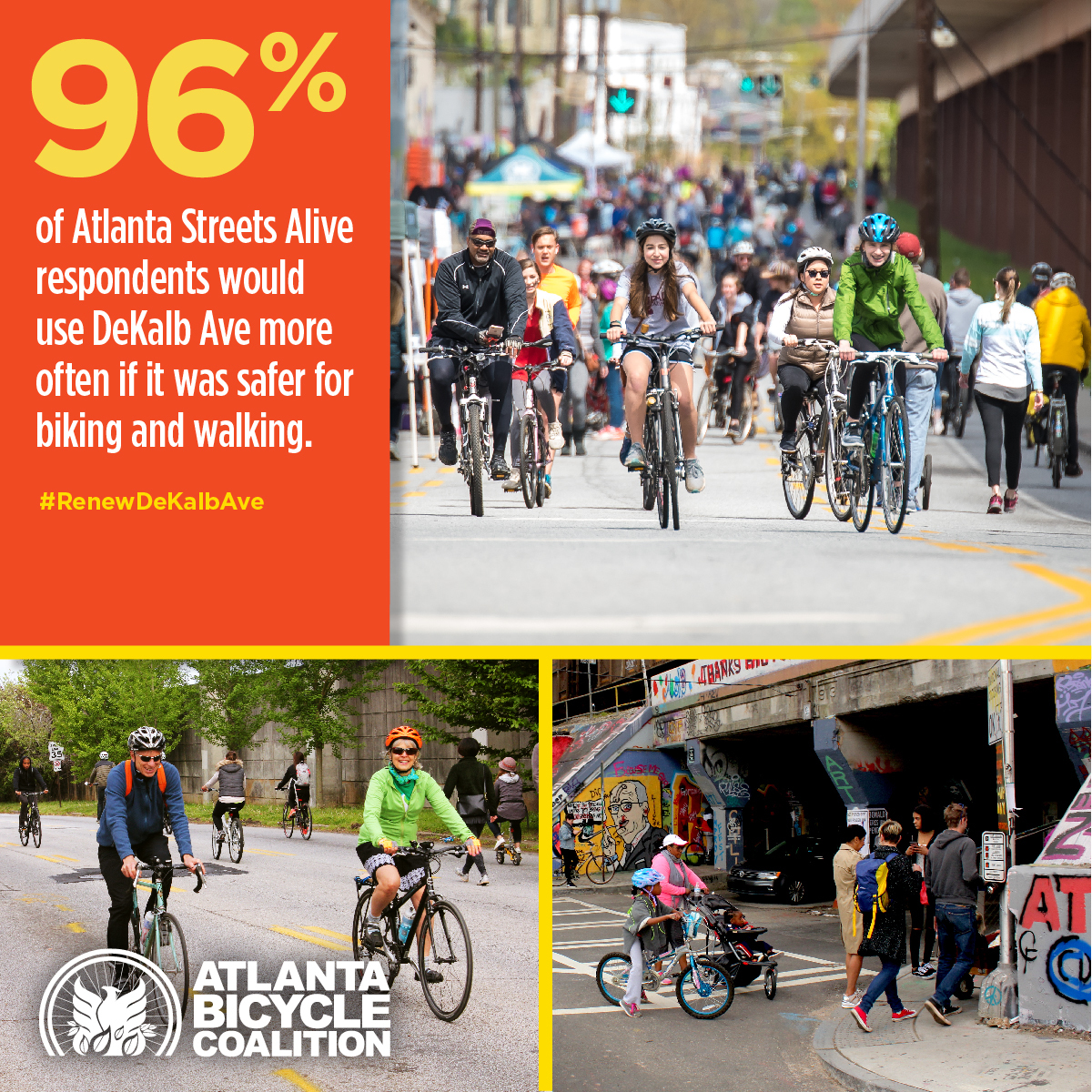 Some residents that live on adjacent streets have raised concerns that a slower, safer DeKalb Ave would entice drivers to “cut through” their neighborhoods. While we wait for the City of Atlanta to complete a yearlong traffic study analyzing the impact of Complete Streets projects on car traffic, we used the Eastside Atlanta Streets Alive, a 4.4 mile street closure, to document just how much car traffic would be diverted to neighborhood streets. We found mild traffic that resembled any other Sunday, perhaps even fewer cars because so many people found another way to travel on DeKalb Ave at Atlanta Streets Alive. 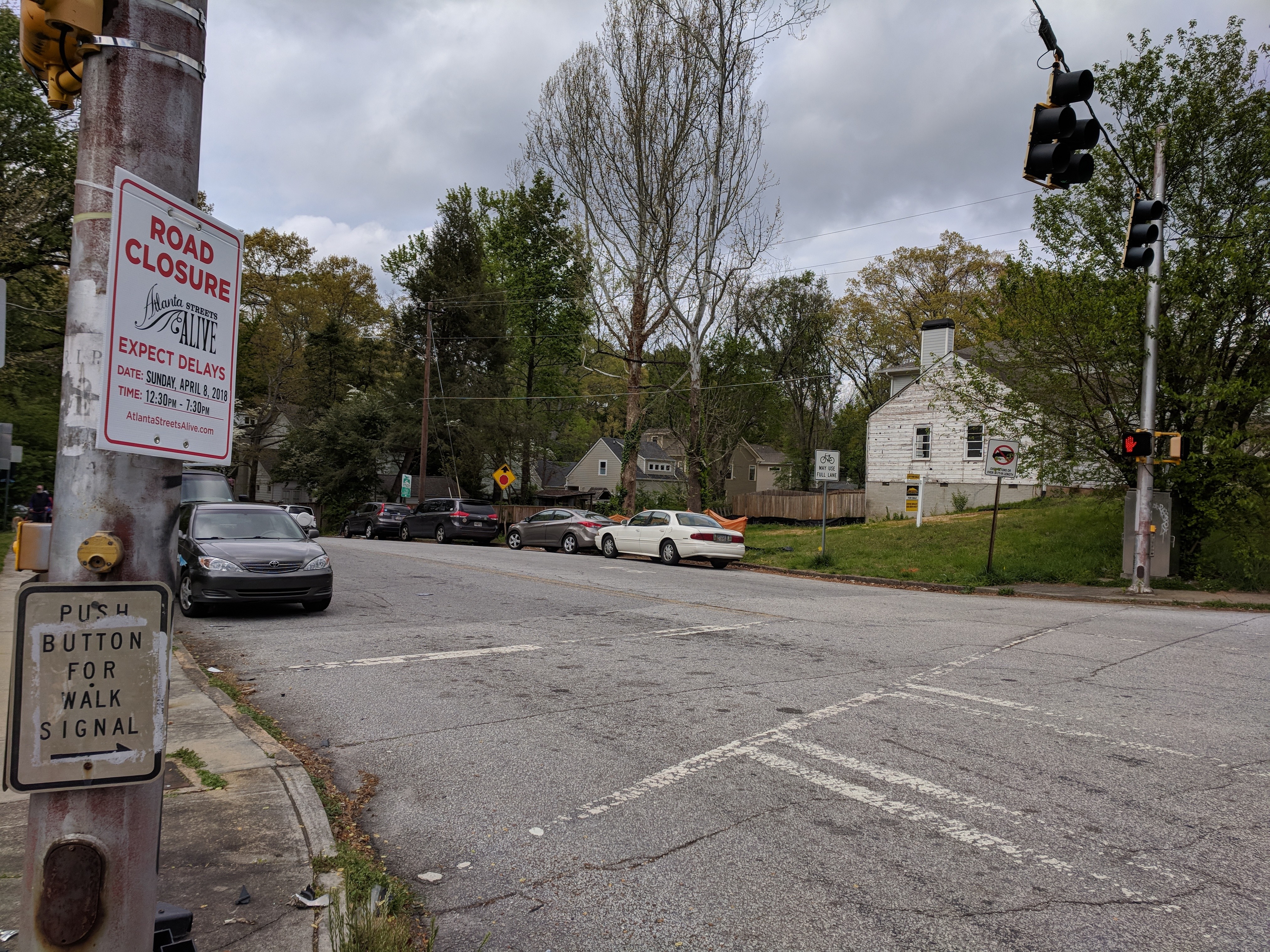 For some, seeing is believing. But when it comes to building our streets for more than just cars, it's not enough to be seen.

Now you need to be heard. 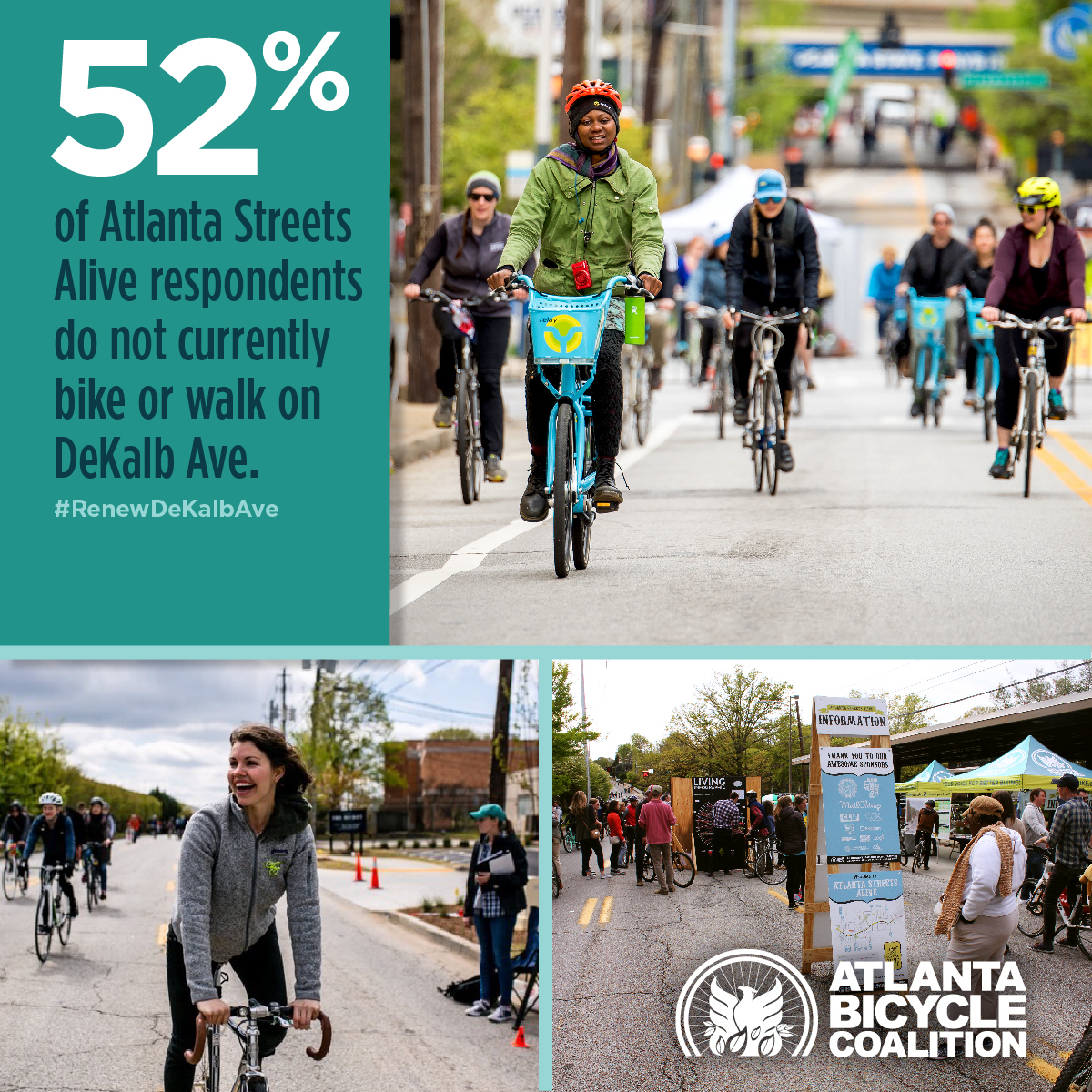 By attending Atlanta Streets Alive, you showed us what's possible when people have space to bike and walk on DeKalb Ave. With your help - with your voice - you can reclaim this important street for yourself, your family, and your community.