Last year's Music Midtown brought heartburn to Atlantans who use bikes and scooters for transportation. The bike lanes on 10th Street were inaccessible for two-weeks during the previous year's festival even though they are the most heavily-used bike lanes in the city. This year, to create a safer environment for mobility, the City of Atlanta and Atlanta Bicycle Coalition worked with Music Midtown to address concerns and forge a better path forward.

Bike commuters and visitors to the park complained about the impact of the bike lane closure for setup and breakdown of the popular event last year. More than 1,000 people use the 10th Street bike lane daily, and hundreds of people bike, walk, and scoot through the 10th & Monroe Drive intersection during peak commute hours. 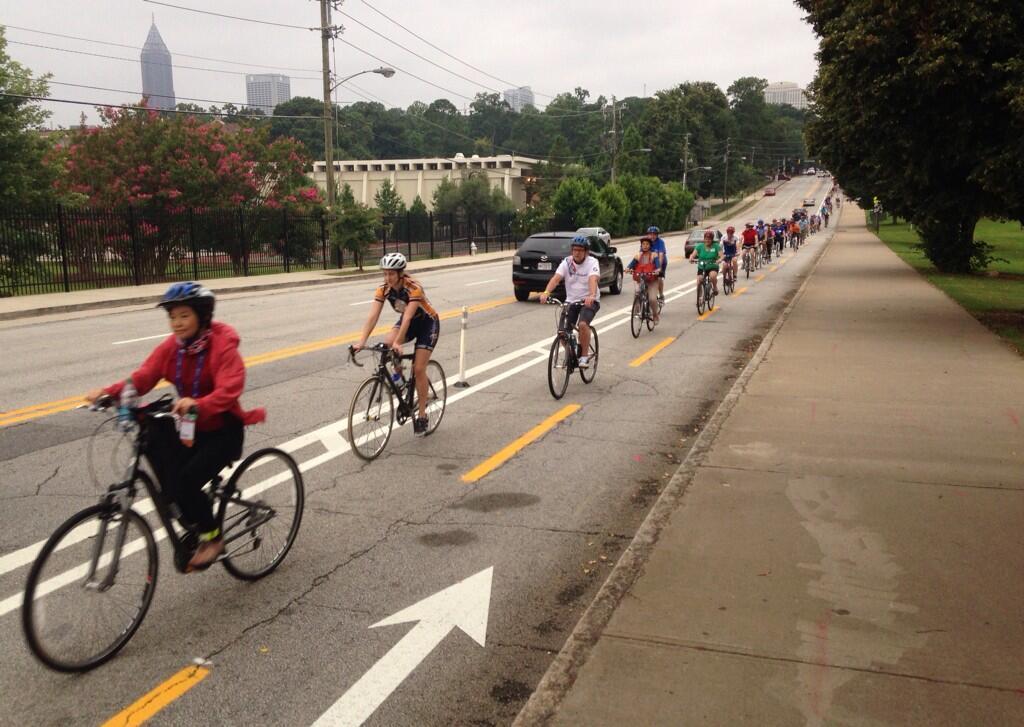 We're pleased to announce that Music Midtown Festival organizers will create a temporary two-way bike/scooter lane—sometimes referred to as a LIT lane or a Light Individual Transportation lane—during the event setup and breakdown on 10th Street this year.

Here's what the first day of setup will look like (for the full plan visit the links below): 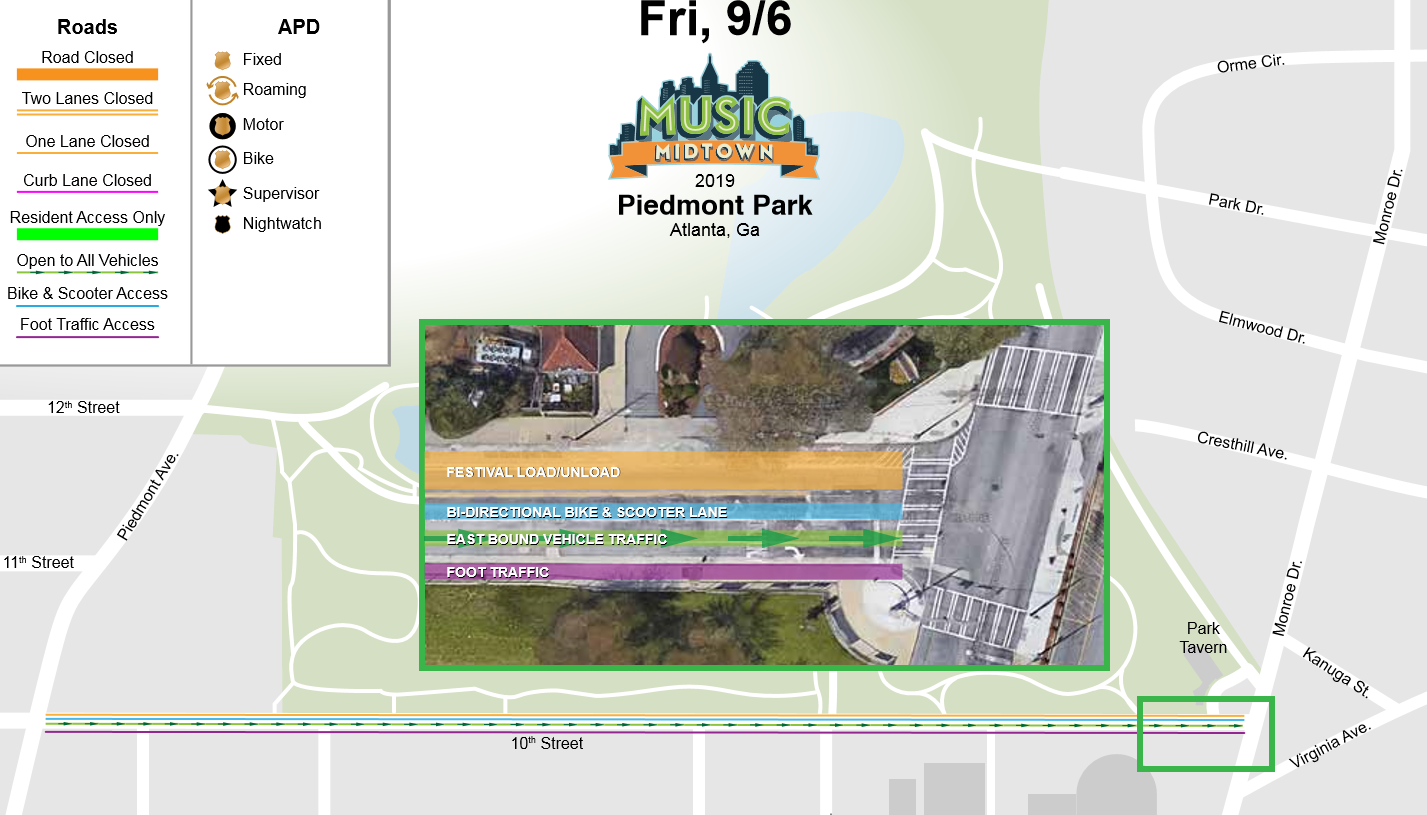 "The Department of City Planning is excited to share Music Midtown’s plan to prioritize safety for people walking and rolling at one of the busiest intersections in the city," noted Chief Bicycle Officer Cary Bearn. For setup, the festival organizers will close the northern half of 10th Street between Monroe Dr and Piedmont Ave. This closure includes the sidewalk, cycle track, and westbound vehicle lane.

Within the remaining half of the roadway, the festival organizers will create a temporary two-way cycle track to accommodate bicyclists and scooter riders. This set-up will preserve a single eastbound vehicle travel lane.

Additional timing will be added to the pedestrian phase to allow a diagonal pedestrian crossing directly connecting the BeltLine to the open sidewalk along the southern side of 10th Street. Westbound vehicle traffic will detour along Ponce de Leon Ave to prioritize safety for the most vulnerable roadway users.

This effort is the result of a collaboration between Music Midtown, the Department of Parks and Recreation, the Department of Public Works, and the Atlanta Bicycle Coalition. This outcome sets a new standard for temporary bicycle and pedestrian accommodations during the festival.

If you’re traveling in the area, please plan your trip accordingly and - no matter how you walk or roll - stay alert to changing roadway conditions.

Thank you to Music Midtown for being receptive to our requests, and to Cary for taking a proactive approach to this issue.

After the Music Midtown festival, we plan to meet with our elected officials and the Midtown Neighbors Association. The goal is to assess whether this approach could become the city's standard for how large festivals treat key bike/LIT lanes.