Improve street design to achieve safety for all on DeKalb Ave

[This post has been updated with outcomes from our campaign to improve the design of the DeKalb Avenue resurfacing by adding some elements of the defunded Complete Street project. For status updates on the DeKalb Ave project, visit the Renew Atlanta / TSPLOST webpage. Construction was initially scheduled to start in December 2020 but as of January 2021, it has been postponed to summer 2021.]

On Thursday, February 27th, 2020, the Atlanta Department of Transportation showed the most recent concept for DeKalb Ave. The project is described as “DeKalb Ave Safety Improvements,” and while it’s true that removing the reversible lane is an important safety improvement, the overall design would not fulfill the City’s commitment to improving safety for everyone on this key corridor. 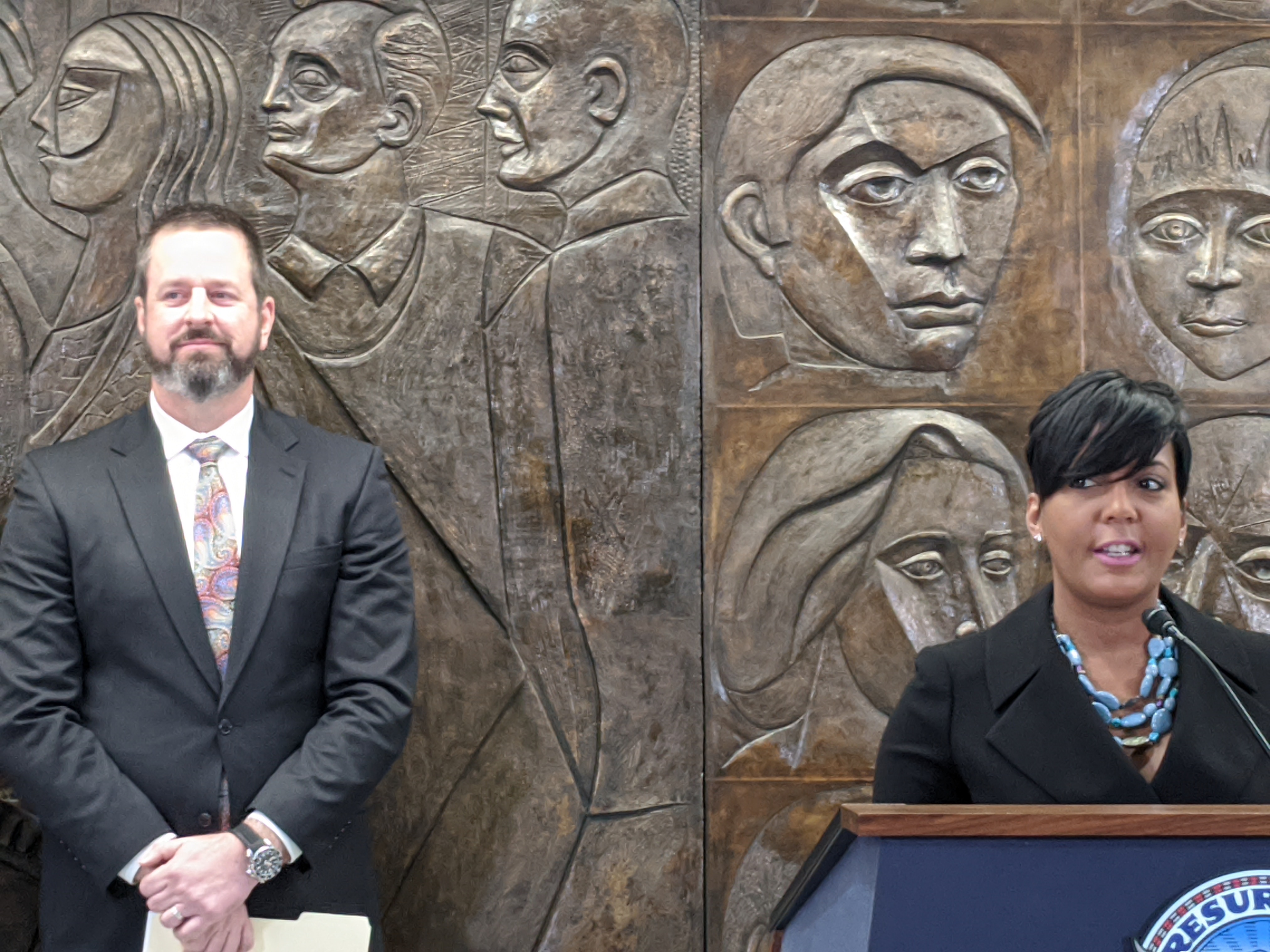 Yesterday, Atlanta Mayor Keisha Lance Bottoms announced Josh Rowan, General Manager of Renew Atlanta/TSPLOST, will become the City's first Transportation Commissioner charged with bringing three existing City agencies together under one leader. We applaud the mayor on her selection and the comprehensive and progressive strategic plan announced alongside the Commissioner.

Last month, Mayor Keisha Lance Bottoms announced a plan to build a safer and more equitable transportation network for people who walk, bike, and use other human-powered or light individual transportation (LIT) devices. To kick off this project, the City’s Office of Mobility Planning and Midtown Alliance used temporary materials and volunteers to build a “pop-up” protected bike lane on 10th Street in Midtown. The temporary lane connected the existing cycle track from Piedmont Park at Myrtle Street two additional blocks up to Juniper Street. 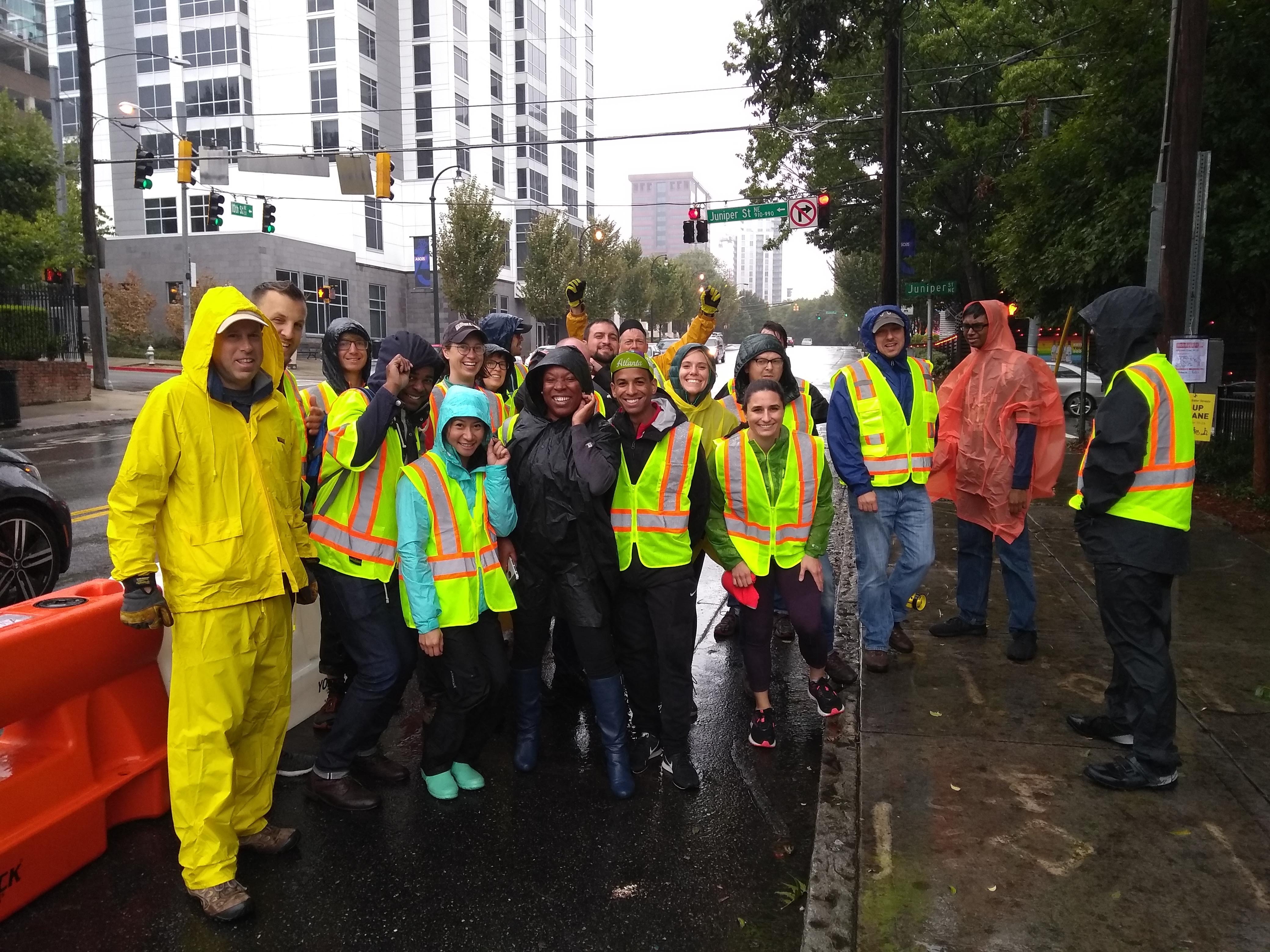 Why are some roads more dangerous than others?

It’s frustrating when there are years of statistical data proving that specific streets are more dangerous than others.

It’s even more disturbing that people living in communities surrounded by dangerous streets have memories of severe and fatal traffic collisions etched in their minds. This “High-Injury Network” was researched by Georgia Tech graduate student John Saxton.

Today, Mayor Keisha Lance Bottoms announced the details of the “plan to change our streets by creating safer, dedicated spaces for cyclists and scooter riders.” The promise of an “accelerated” plan came packaged with the announcement of a temporary night-time ban (9 p.m. to 4 a.m.) on permitted e-bikes & e-scooters following the deaths of three scooter riders struck by cars and killed while riding e-scooters in the city of Atlanta and our advocacy calling for a rapid response from the City.

Last year's Music Midtown brought heartburn to Atlantans who use bikes and scooters for transportation. The bike lanes on 10th Street were inaccessible for two-weeks during the previous year's festival even though they are the most heavily-used bike lanes in the city. This year, to create a safer environment for mobility, the City of Atlanta and Atlanta Bicycle Coalition worked with Music Midtown to address concerns and forge a better path forward.

We are experiencing a breaking point in Atlanta’s mobility landscape. With the rise of shared mobility devices including e-bikes and scooters,  almost weekly we are reminded that streets built to prioritize cars aren’t sufficient for present-day Atlanta. People are dying. The narrative of putting the onus on the victims or people that choose to use these devices for last-mile connectivity—or even for fun—unfairly removes the responsibility from the people with the power to enact immediate solutions.

On Wednesday, May 8th, approximately 50 community members and supporters, including parents and students from Tuskegee Airmen Global Academy Elementary School (TAG), turned frustration into action, calling on the City to #RespectCascade

. “Walk a Mile in Cascade’s Shoes” served as a day of action to generate attention about the prevalence of injuries on Cascade Road and to honor victims like 52-year-old David Gordon who lost his life crossing the street in a low-visibility crosswalk earlier this year. 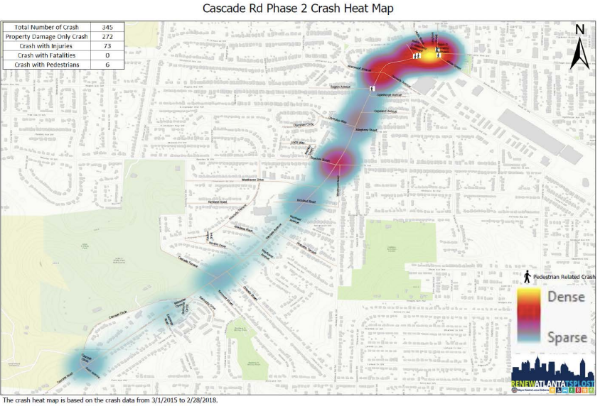 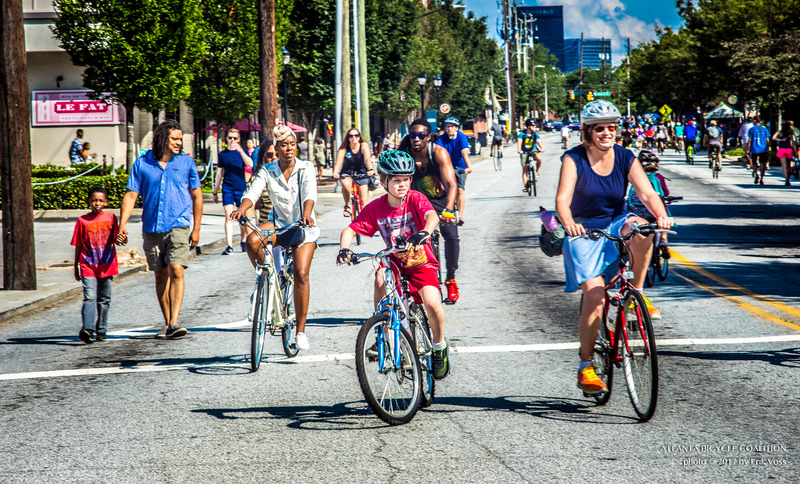 We closed 2018 calling on the City to prioritize the Renew Atlanta/TSPLOST Complete Street projects that have stalled out after three years of public meetings and delays.

As taxpayers and voters, you and I authorized these projects, and we voted for Complete Streets - twice! Now it's time to mark your calendars for our last run at getting safe & complete streets built. Bring friends, family, and anyone who owes you money to these meetings and tell the City to prioritize safe & complete streets.

There's a lot to like in the Complete Streets Scenario presented at the Transportation Committee Work Session earlier this month. (You can review the presentation here.) Namely, full funding for Howell Mill Road, Cascade Road/Avenue (Phase 1), Monroe Drive AND Boulevard, and the removal of the reversible lane on DeKalb Avenue. But there are three important projects missing.