Devonne "DJ" Malique David, an 11-year-old boy, was hit and killed while trick-or-treating in SE Atlanta.

We’re incredibly saddened for the family, friends, and community of this child, the latest victim of traffic violence in Atlanta. If you'd like to support the family during this impossible time, there's a GoFundMe to cover the funeral expenses and provide assistance.

Our roads have gotten even more dangerous recently — “U.S. cites ‘crisis’ as road deaths rise 18% in first-half 2021.” According to U.S. Transportation Secretary Pete Buttigieg, this is the largest percentage increase over a six-month period since 1975 when the department started tracking deadly crash figures. The National Highway Traffic Safety Administration said increases in people killed in transportation are due to more reckless driving over the past two years.

What should have been a fun, carefree evening of trick-or-treating for this boy is now marked by acute pain and loss for his family, friends, and community. This is preventable. That is why we have to push so hard for safe streets and slower speeds — to stop needless tragedies like this one from happening.

A small change in speed can have a significant difference in the outcome. From a driver’s perspective, the difference between 15 mph and 30 mph is a light tap on the gas pedal. For a person crossing the street, a small change in speed can be the difference between a bad day and a life-changing injury or death. Research by the AAA Foundation for Traffic Safety finds that the risk of severe injury or death of a pedestrian quickly increases with speed: 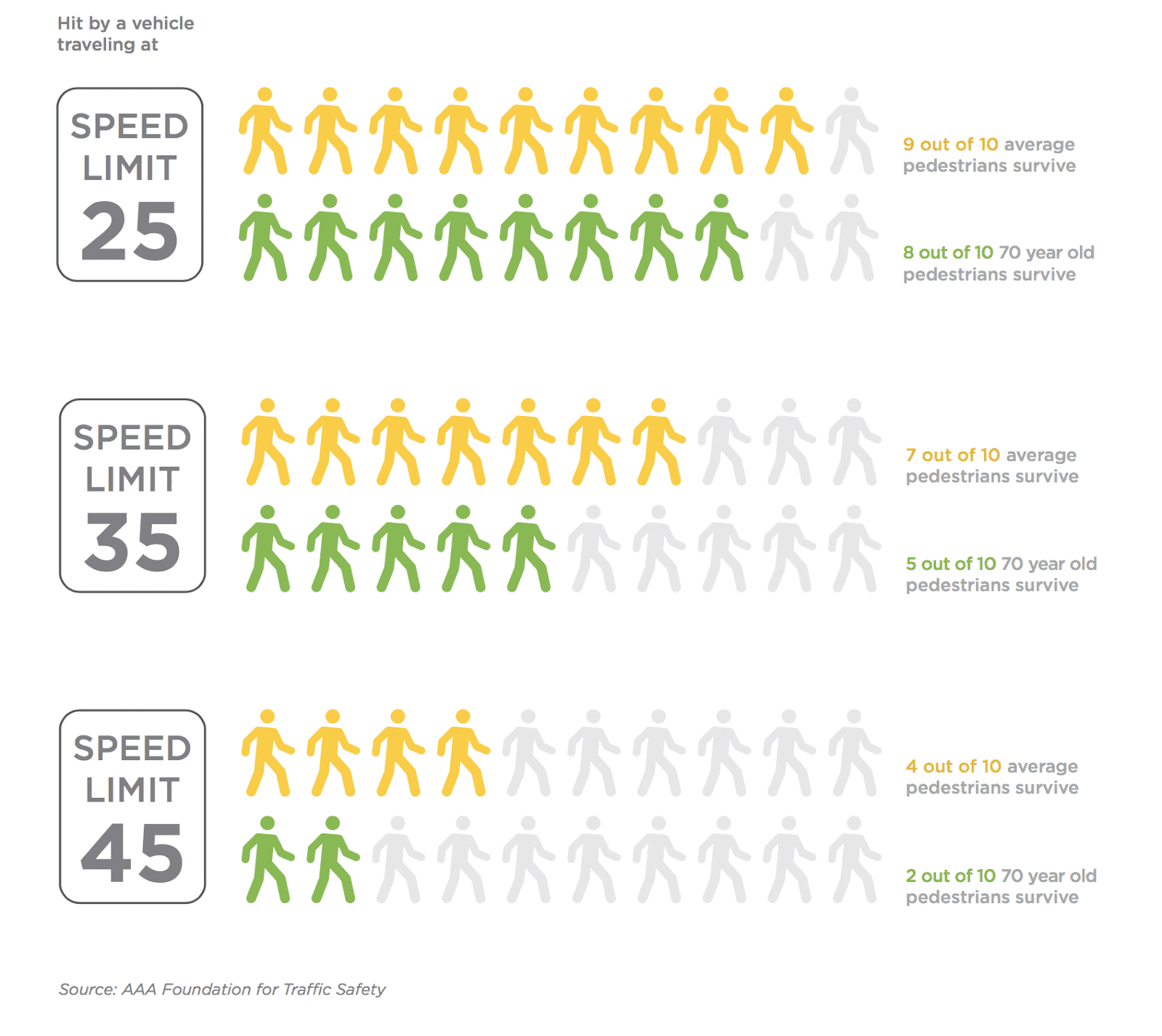 The risk for children and elderly pedestrians is even greater. This is why we advocate for reduced speed limits and street designs that slow drivers down, to prevent crashes from turning deadly. While Memorial Drive received a first round of safety improvements in 2019, the Georgia Department of Transportation has plans for a second phase to the safety project that has not yet begun. For at least one young resident, the project will come too late.