Yesterday, Atlanta Mayor Keisha Lance Bottoms announced Josh Rowan, General Manager of Renew Atlanta/TSPLOST, will become the City's first Transportation Commissioner charged with bringing three existing City agencies together under one leader. We applaud the mayor on her selection and the comprehensive and progressive strategic plan announced alongside the Commissioner.

We started getting to know Commissioner Rowan when he attended the #RespectCascade action. His presence showed us that he was serious about listening to communities, and he went on to meet with residents to discuss the Cascade/Ralph David Abernathy corridor. Neighborhood leaders were encouraged by his commitment to make safety upgrades through the funded resurfacing project for Cascade Ave. During his short time at the helm of Renew, he started to turn the struggling initiative around.

The new Commissioner's charge is to implement the ATL DOT’s Strategic Plan. The decision to release a strategic plan with measurable outcomes will help us hold the City accountable to its goals. 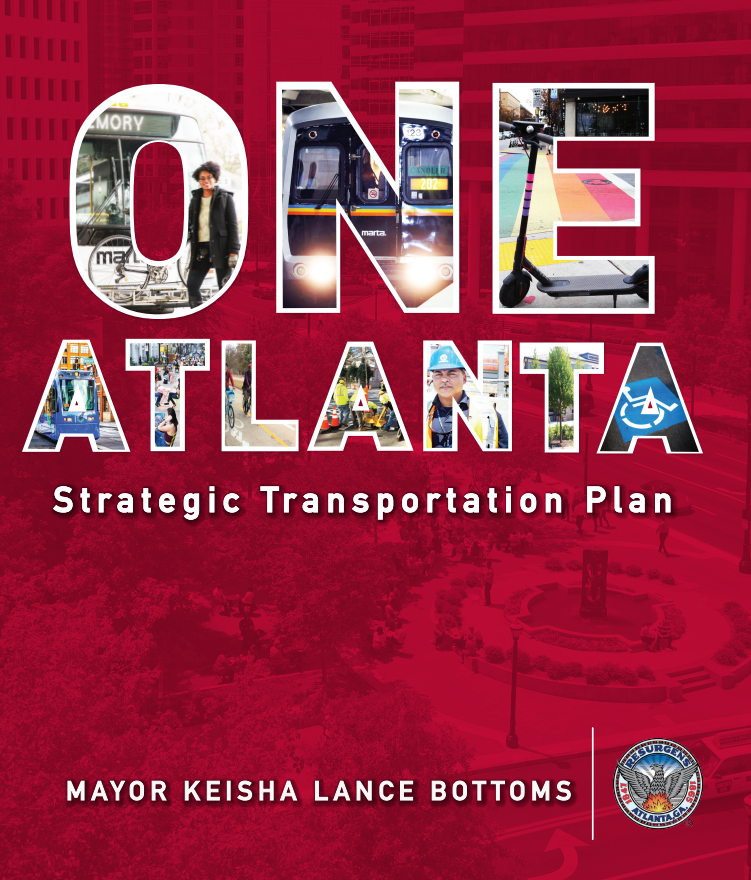 And what goals they are! We're thankful for the Mayor's team that created it, especially Senior Transportation Policy Advisory Jacob Tzegaegbe, along with Councilmember Andre Dickens and all the partners on the Task Force he convened. As we dive into the plan, there are so many good things to celebrate.

Vision Zero is a strategy to eliminate all traffic fatalities and severe injuries while increasing safe, healthy, equitable mobility for all, and we’ve advocated for this commitment for years.

In 2017, we included a stand-alone city Department of Transportation in our policy platform. We shared the platform with candidates for mayor as well as Atlanta City Council, and it's incredibly gratifying to see it given priority of place in the plan. Once the City adopts Vision Zero, we will join the ranks with cities from Seattle to New York City already working towards the goal of no deaths due to traffic.

The plan includes many other initiatives we've campaigned on, including prioritizing safety for the High-Injury Network, exploring lower speed limits, and a tactical urbanism permit (aka traffic calming program).

Last year we published data from a Georgia Tech researcher indicating that less than 8% of streets account for 88% of fatalities, what’s known as the High-Injury Network. This goal is one we believe will prevent needless injuries and fatalities quickly because physical improvements that make streets safer reduce crashes the most.

We started talking about speed limits earlier this fall after learning that lowering speed limits does affect driver behavior. It brings down top speeds, and could save lives if implemented in Atlanta.

Following the deaths of four people riding scooters, we pushed for a rapid response to make streets safer. Part of that call was for the City to create a tool that would allow communities and organizations like ours to build interim safety projects that align with the city’s plans and make streets safer, faster.

A Safe Routes to School program in Atlanta is long overdue. Some schools have programs, and the Safe Routes to School Resource Center offers some programmatic support.  However, we feel the lack of a comprehensive approach and traffic engineering guidance prevents many children from walking or biking to school who would if they had a safe route. We’re excited to see how our Shifting Gears program ties into this goal. The plan also includes a goal to install speed cameras in school zones, something we support to minimize bias in enforcement while protecting children on their way to school. We advocated for the state-level policy that allows local districts to install these cameras through Georgia Bikes two years ago.

Under the "ETHICAL, TRANSPARENT & FISCALLY RESPONSIBLE GOVERNMENT" heading, the first goal is to "plan and distribute resources based on equity, safety and conditions."

The plan states, "With city agencies and city residents working together, we can make transparency, equity and community engagement the foundation of every transportation project, transforming not just our streets, but also our communities."

With so much to look forward to, we're increasingly optimistic about our city's potential to finally outgrow its dependence on cars for every trip. Or, as the plan puts it, "In order to accommodate projected growth while becoming more affordable, resilient and equitable for all people, the city must reduce its dependence on automobiles."

Mayor Bottoms' announcement furthers her pledge to move forward as ONE Atlanta. Today, she reinforced her campaign promise and firmly drew the connection between transportation options and access to opportunity by returning to her own life experiences to begin the announcement:

"Growing up in Atlanta and watching my grandmother ride MARTA buses to work every day for decades, I came to understand at an early age that transportation is about so much more than infrastructure. It is about building connections between communities, people and opportunities. It is about providing access to both civic life and vital city services. It is also about bringing new vitality and new life to streetscapes that for too long stood as barriers between communities instead of safe public spaces for our most vulnerable residents."

Up next, we’ll assess the bike infrastructure and transit goals. The plan highlights “more than $200 million in key mobility infrastructure projects,” see below. We’ll also look at not just what the city aims to accomplish, but how. A strong organizational foundation is essential for the City to do all the things outlined in the plan. 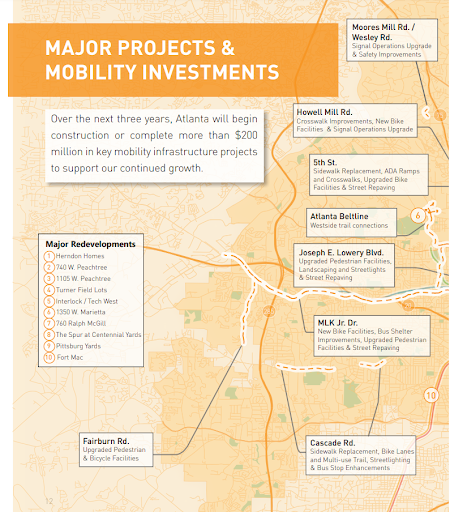 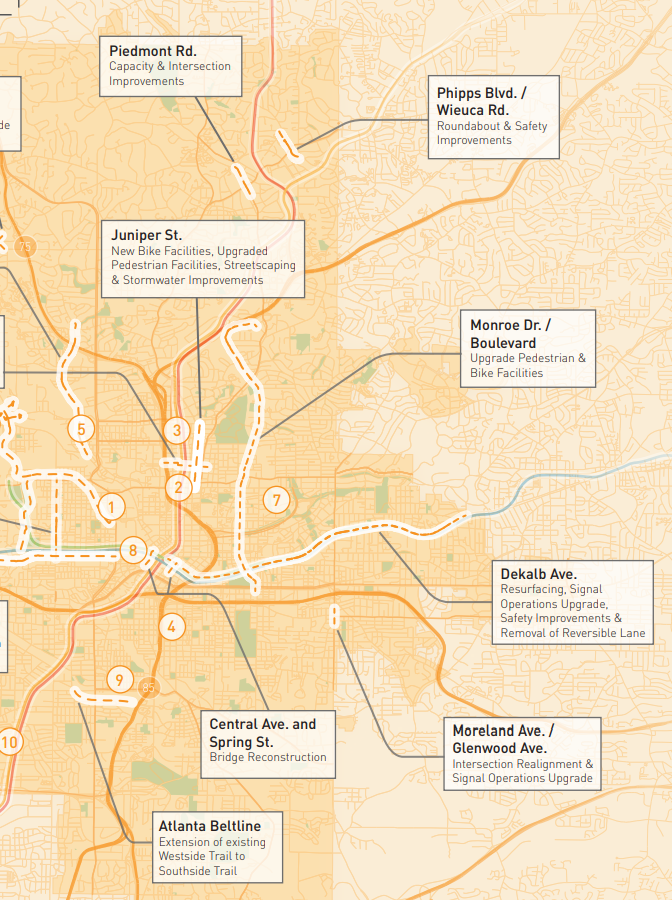 We extend a warm congratulations to Commissioner Rowan and look forward to advancing safe streets for all people in Atlanta, not just a few.