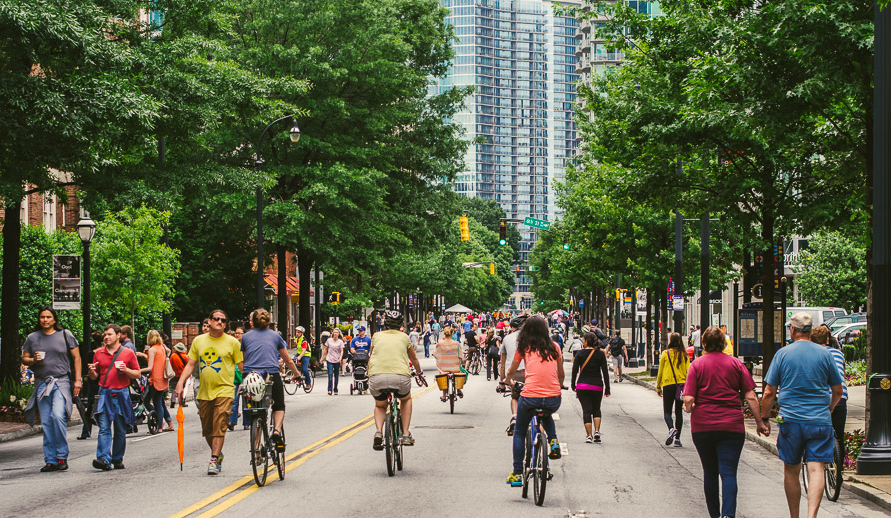 Our final Atlanta Streets Alive of the year is this weekend on Sunday, October 25th, from 2-6 p.m. on Peachtree Street. Peachtree is Atlanta's iconic street, and we'd love for it to become a model street for biking and walking in Atlanta. For four hours, Peachtree Street will accomplish just that.

What do we love about Atlanta Streets Alive on Peachtree Street?

Every Atlanta Streets Alive starts with a bicycle parade. This year's theme is "Fox-y Halloween", as a nod to the historic Fox Theatre. Dress as anything that has ever played at the Fox Theatre and hop on a bicycle. From Liberace to Lynyrd Skynyrd, the Fox has played home to thousands of performances, films, and art events over the years.  Bike decorating starts at 1 p.m. at 16th Street/Peachtree Street. Opening remarks will start at 1:30 p.m. and the bike parade rolls out at 2 p.m. Learn more here.

So many local businesses to visit 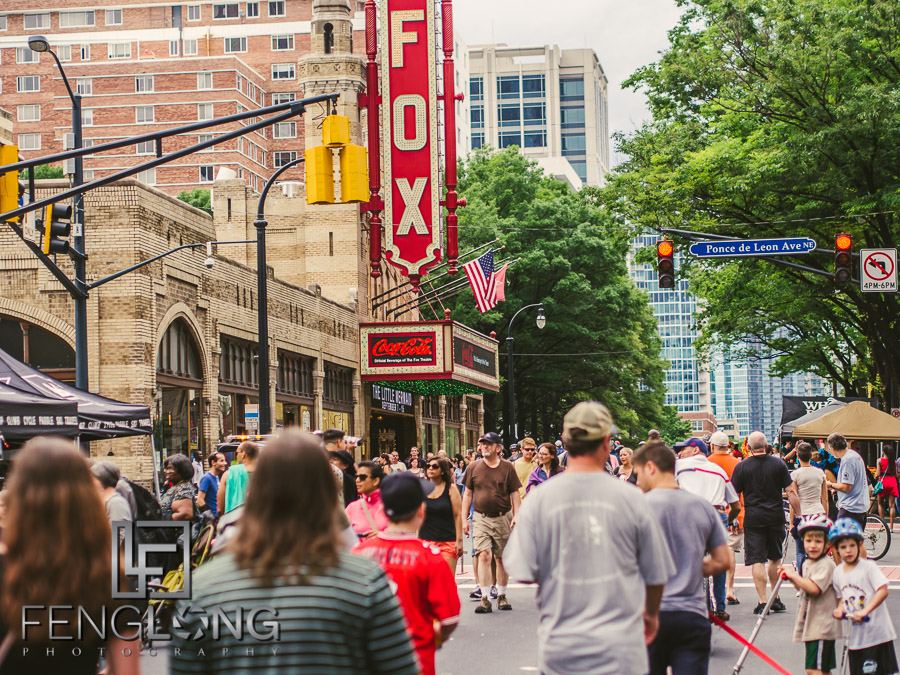 Thanks to our friends at New Belgium Brewing, $1 from each New Belgium beer sold at the following bars/restaurants go back to the Atlanta Bicycle Coalition: Hooters, Sweet GA Juke Joint, Rays in the City, Publik House, Escorpian, Hudson Grille, Taco Mac, TAP, Hi-Five Diner, World of Beer, and Antolia Cafe

Plus, Peachtree is easily accessible by the orange and red MARTA lines. Check out the reroutes of MARTA buses if you're coming by bus.

One of the main goals of Atlanta Streets Alive is to reimagine our streets. As a component of that, we're building two pop-up protected bike lanes. One will be on Peachtree Street between 8th and 10th Street and the other will be between Ellis and John Portman Blvd. We will also have free bike rentals on hand, along with the Atlanta Bike Challenge, for those who are coming by foot, but want to experience firsthand biking on a protected bike lane. Head to 8th and Peachtree and Peachtree Center Station to rent a bike!

We have the best sponsors in Atlanta
Earlier this year, the City of Atlanta signed on as a supporter of Atlanta Streets Alive. Midtown Alliance has signed as a presenting sponsor of Atlanta Streets Alive Peachtree, and Central Atlanta Progress is a sponsor as well. And who could forget about MailChimp and their ongoing support for open streets and better biking! All our sponsors are a testament to the city's focus on making Atlanta more walkable, bikable, and livable for everyone.

YOU are the activity

Check out our interactive map to see where things are along the route!