Our society doesn't spend a lot of time recognizing steps in the right direction. While we're waiting for a system overhaul, people are working diligently to do their part. At the Atlanta Bicycle Coalition, we recognize that change is often incremental, and we want to be intentional about recognizing those who work in their lane to make biking safer and more accessible.

This intention led us to create the VeloCity Awards which we gave out at our Fall Fundraiser on November 17th. For those who couldn't make it, we wanted to share with you and pass along the torch of recognition. 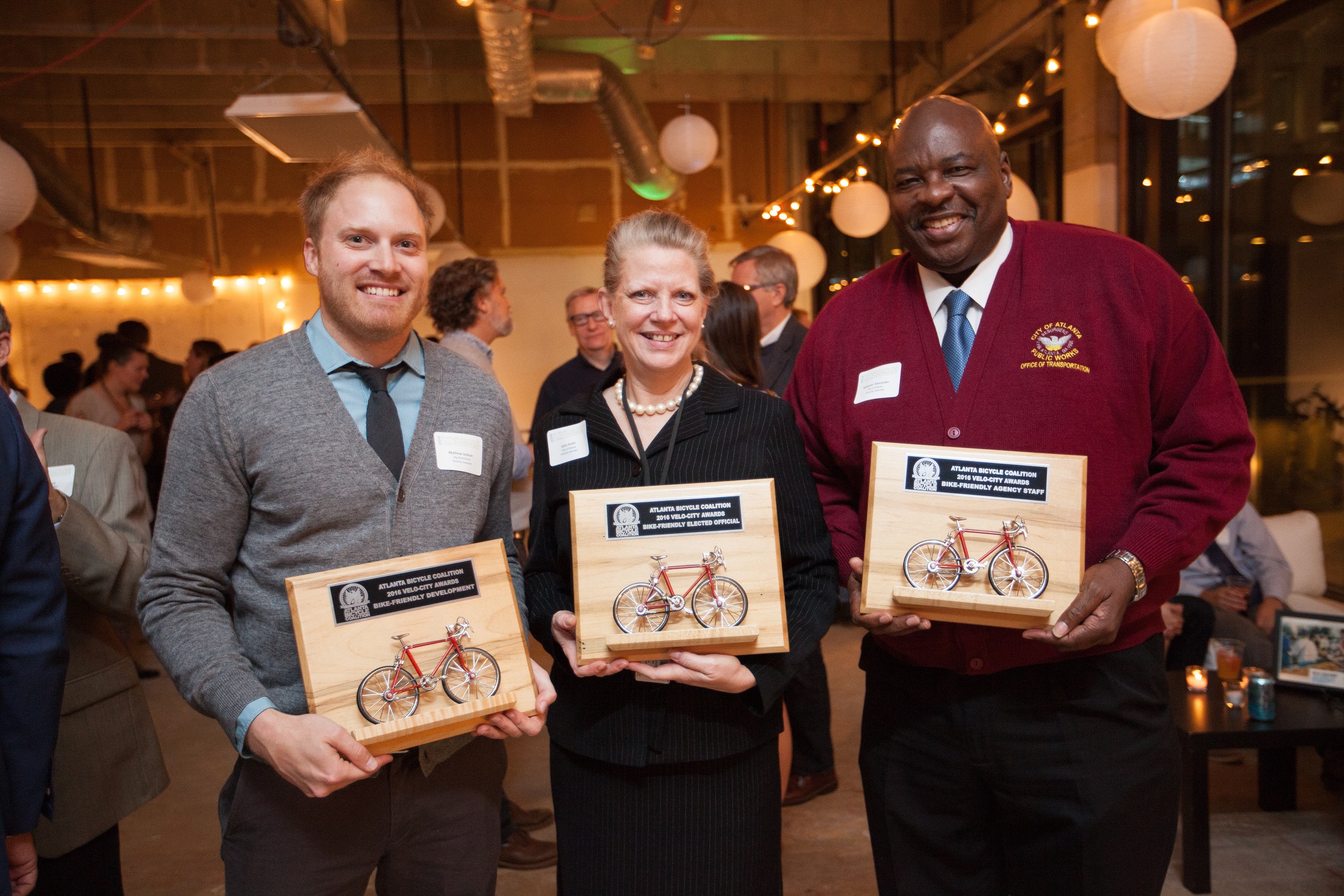 3 awards were up for the taking:

Nominated by consensus of our staff, Carla has shown unending support and encouragement for Atlanta Streets Alive. She led the first City of Atlanta-installed on-street bike parking corral and even rode in the bike parade. Carla, thanks for all you do to support the growing network of bikeways and for encouraging people to get out and use them, while making Atlanta more economically and environmentally sustainable, and beautiful! 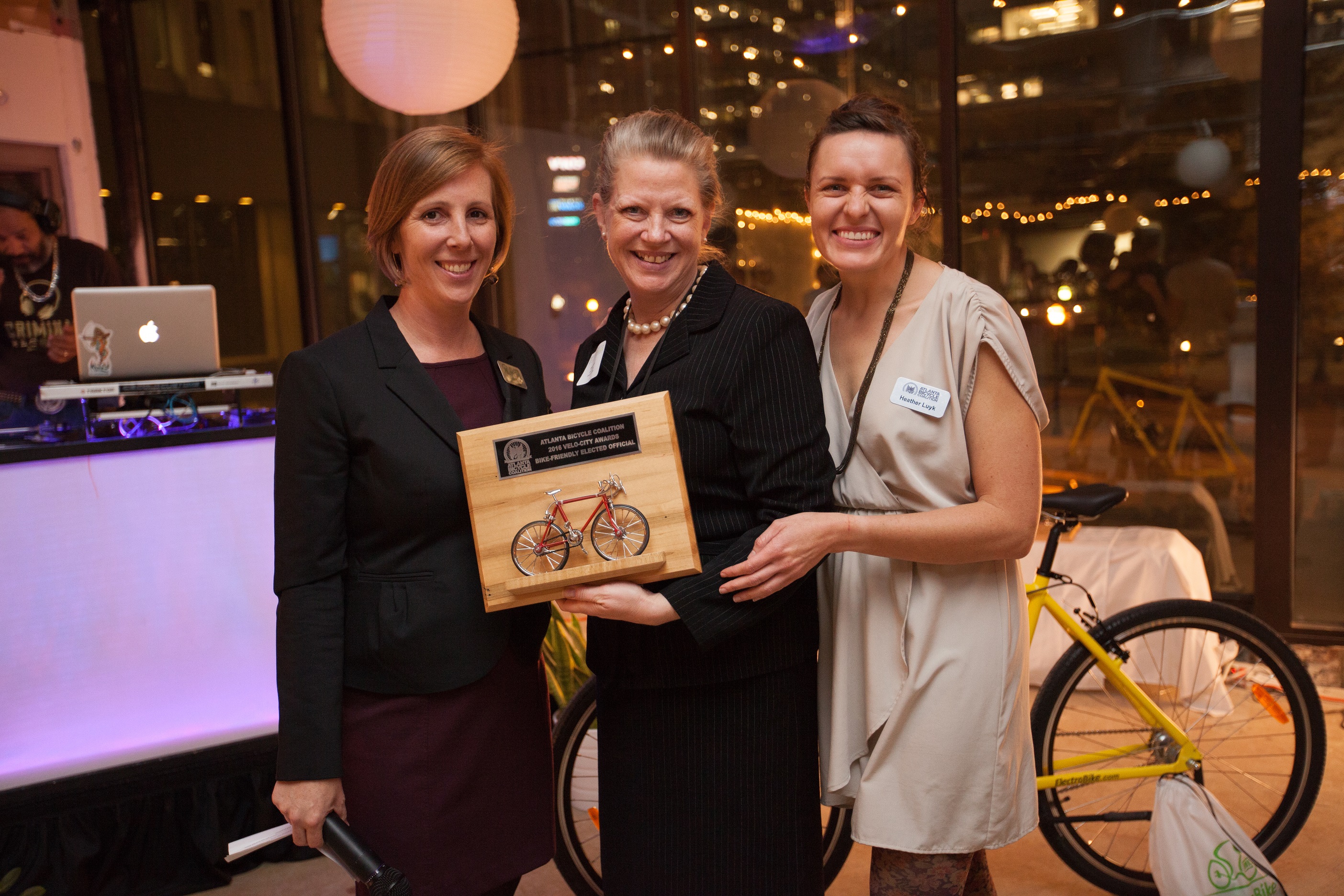 The Bike Friendly Agency Staff went to Sylvester Alexander of the Department of Public Works.

We first met Mr. Alexander at Public Works Week last year. He had been the Public Works Director for a city west of Atlanta before joining the City. When we met, he suggested I send him bike routes on streets with pavement in bad condition, so he could have his crews patch a lot of potholes at once, for greater efficiency. He's been on my radar for the really hard to fix problems ever since. He also coordinated with Watershed and Public Works to fix the underlying problem with a tricky grate that had a gap the perfect size to swallow a tire on Auburn Ave, right where the bike lane ends. And remember the giant potholes in the Krog tunnel? Patching them required that he create a traffic plan and get crews to work extra fast due under stressful conditions due to fumes. Ralph David Abernathy was a big worry of ours as Atlanta Streets Alive was about to send 80,000 rolling along a street that had rail lines and potholes that posed great threats, but the night before Atlanta Streets Alive, he had crews out there fixing them. Most recently he fixed a runoff issue that had eroded the curb along the Hosea L Williams bike lane, which was leading to all kinds of crazy things being pushed into the bike lane, right on a fast downhill. 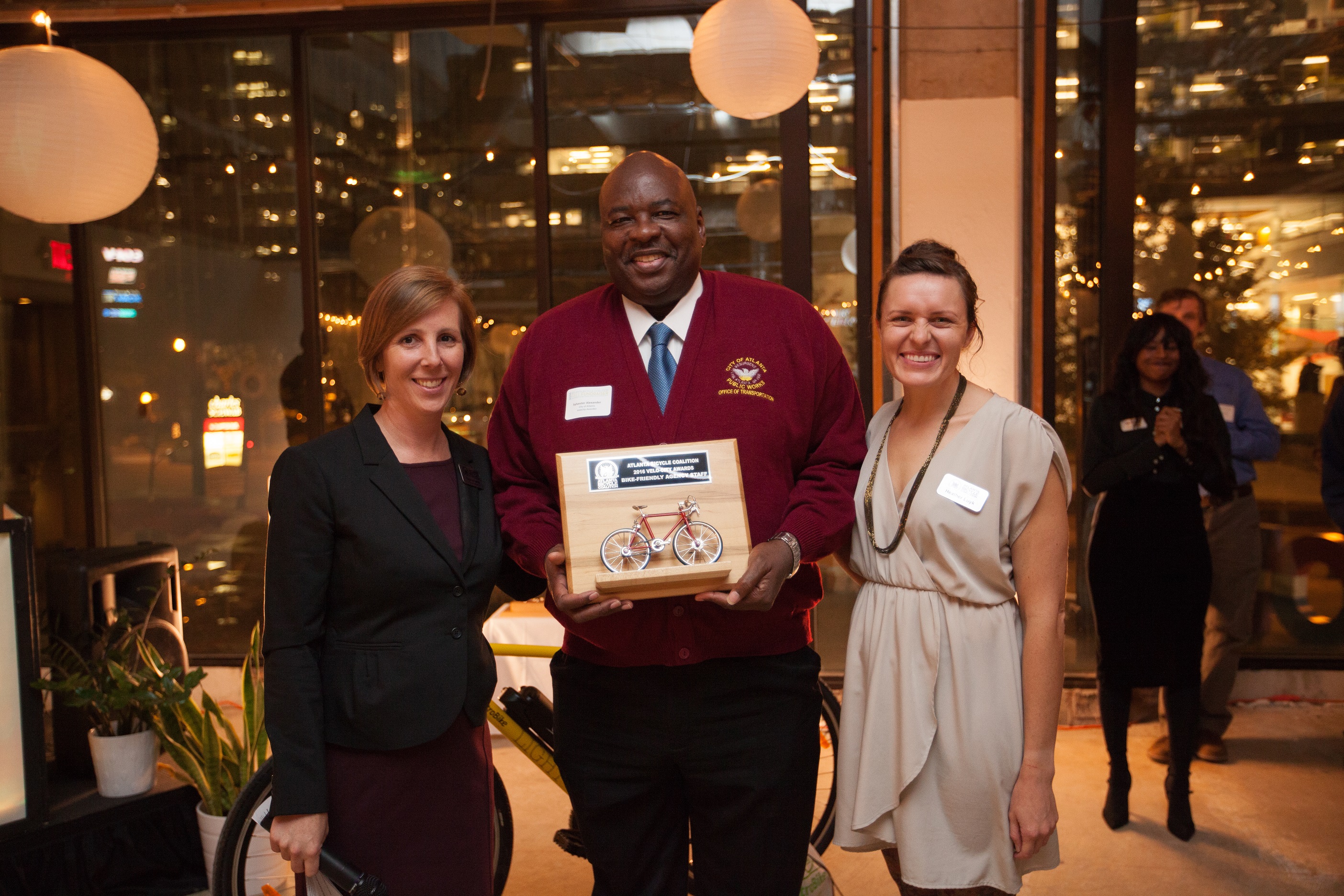 The Big Nerd Ranch outgrew their first Kronberg Wall-designed headquarters in a few months! As Eric Kronberg put it, "Their new flexible workplace reflects their culture and values - adapting and reusing the existing shell of a warehouse allowed for the design to have high ceilings, exposed structure and plenty of natural light. Big Nerd Ranch’s new headquarters offers a high level of flexibility, creativity and comfort, while raising productivity by reinforcing innovation and sense of community." When designing their space, it's obvious that they took a very thoughtful approach to attracting and retaining highly skilled talent including, "Shower space for the sporty nerds who bike or run," plus a bike storage room with tools and a pump. 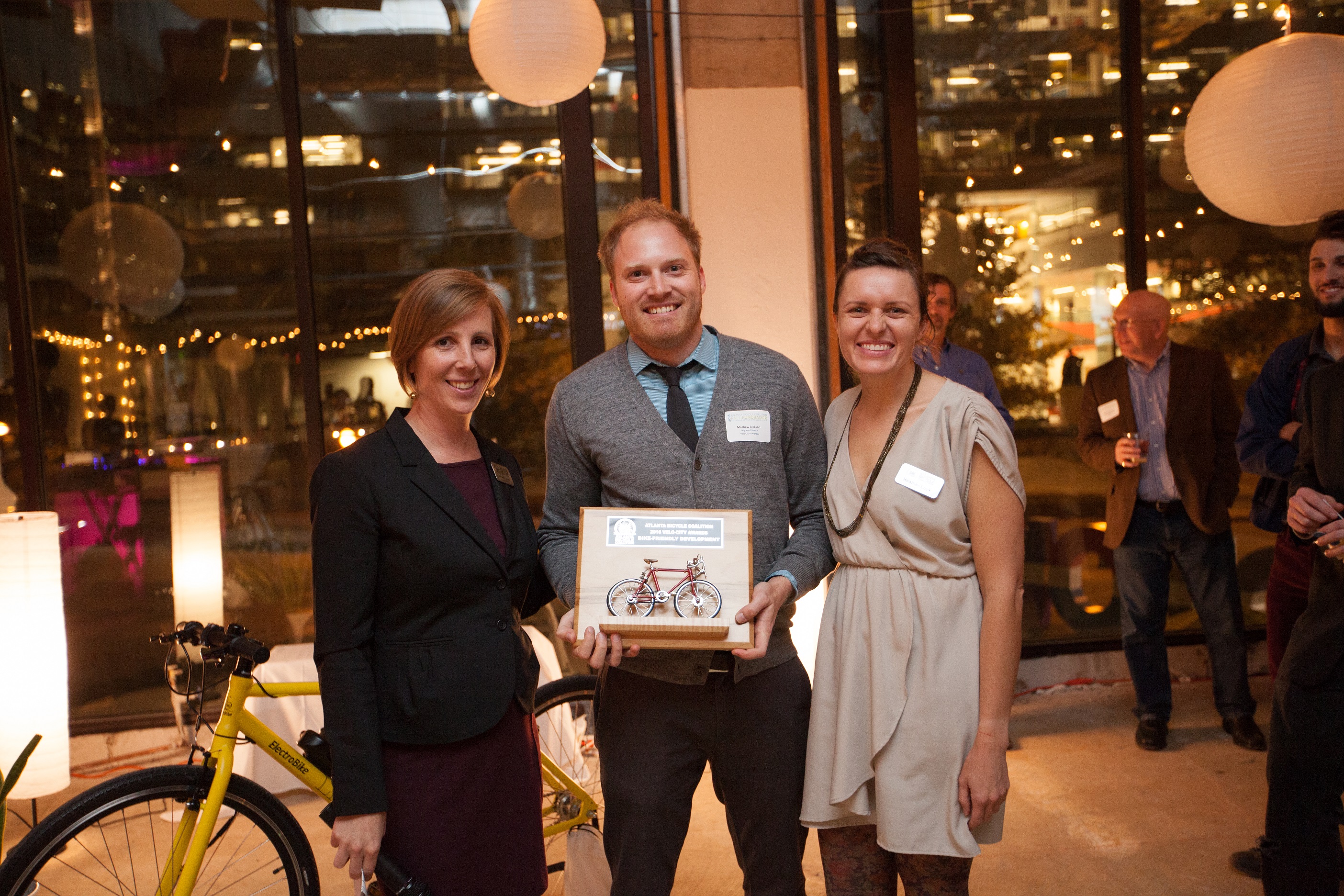 It was an elegant and fun night that celebrated great work from dedicated, local individuals. Finally, we want to thank our amazing Board of Directors that organized the night and worked so hard to fill the room with generous hosts and supporters. We're proud to say that we raised over $55,000! This money goes right back to ensuring that we continue expanding our advocacy to make this city one where people can't help but ride their bikes! 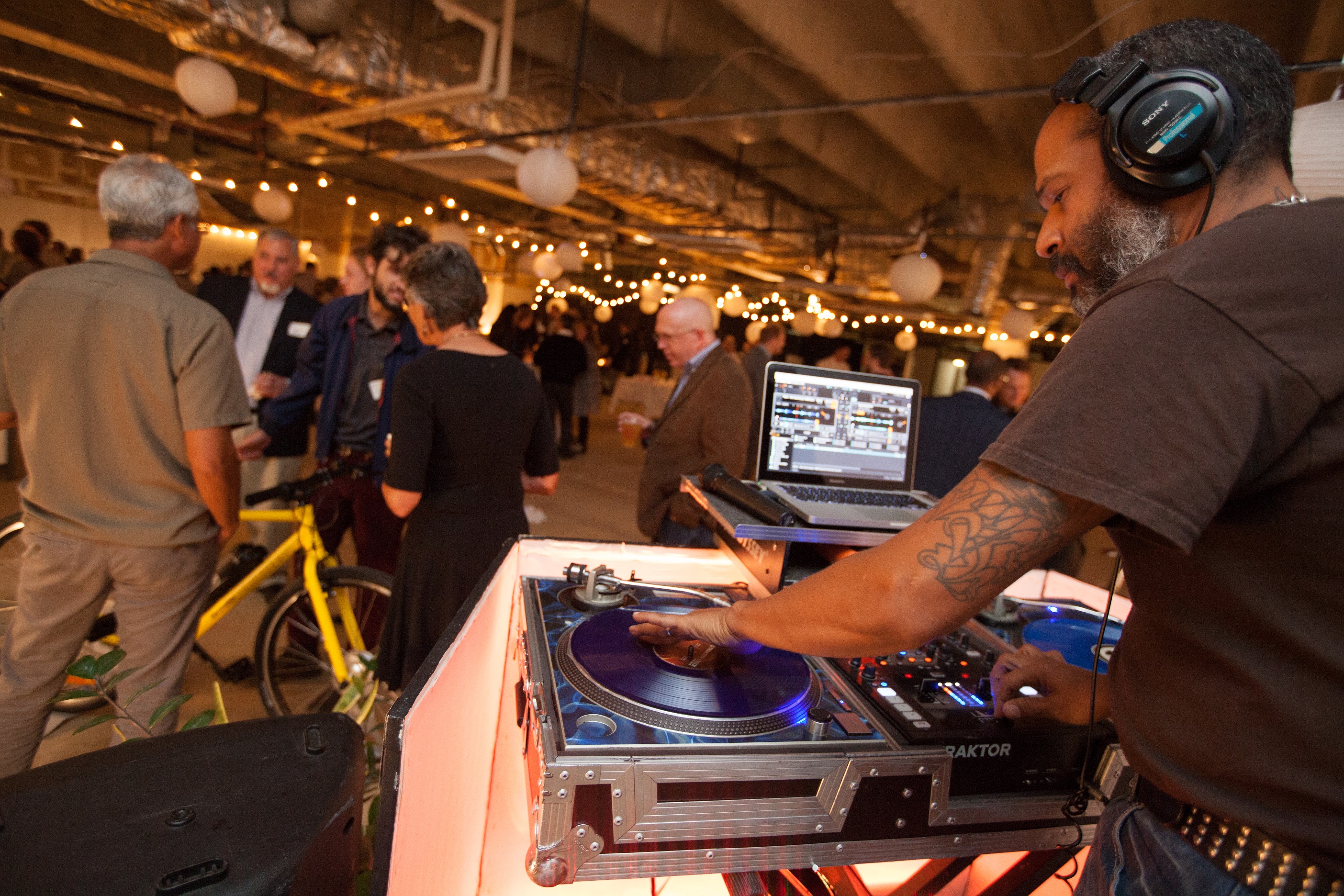 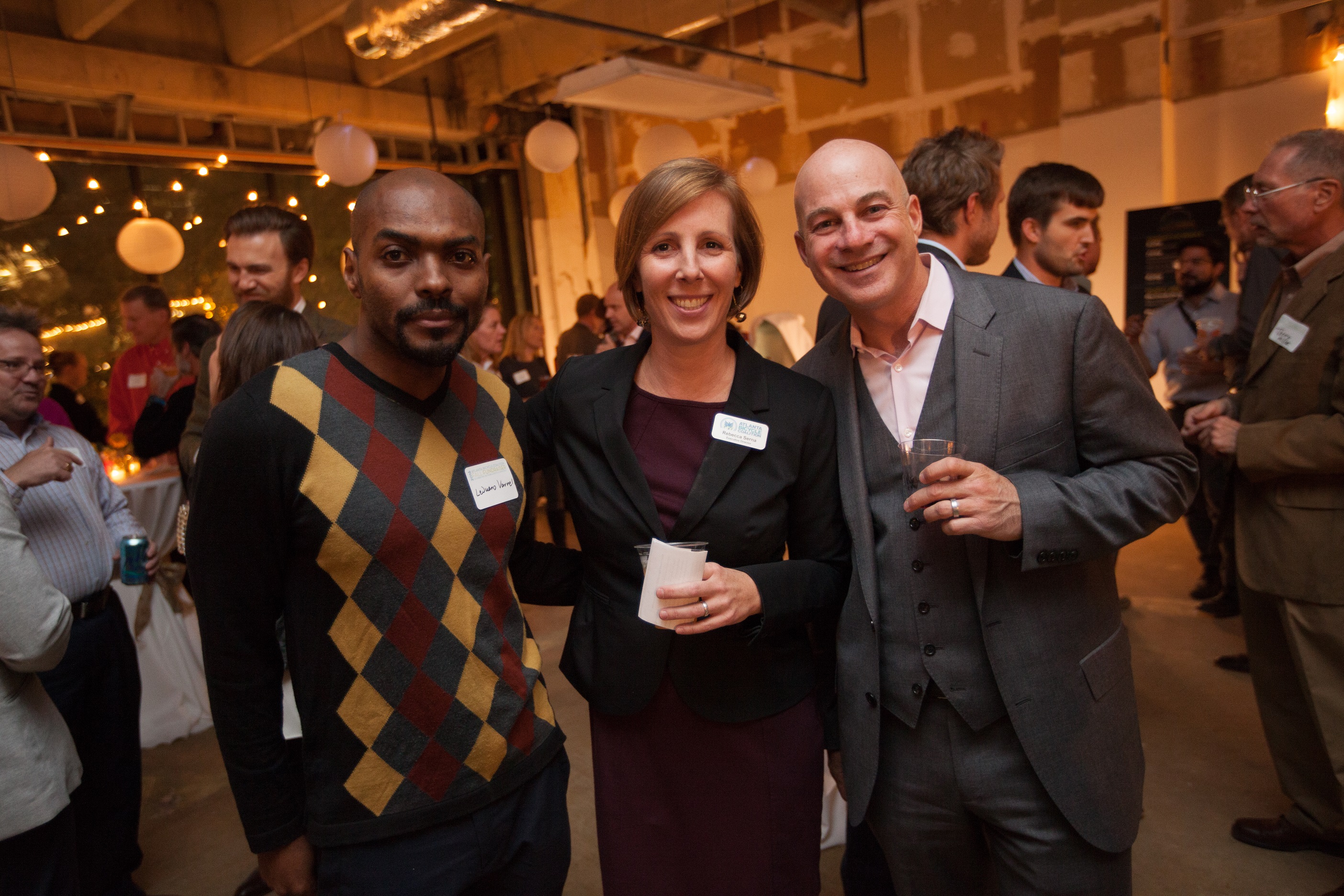 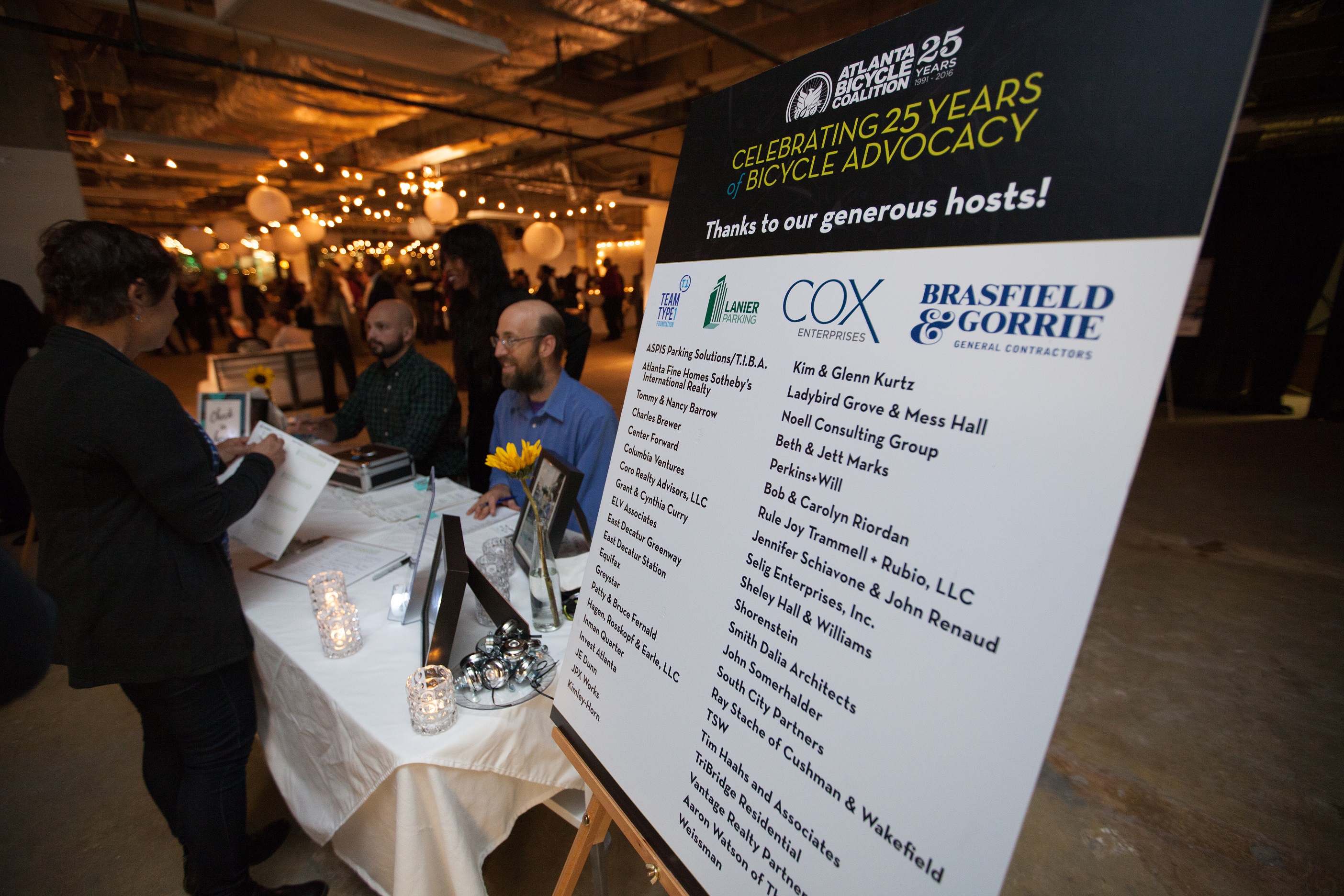 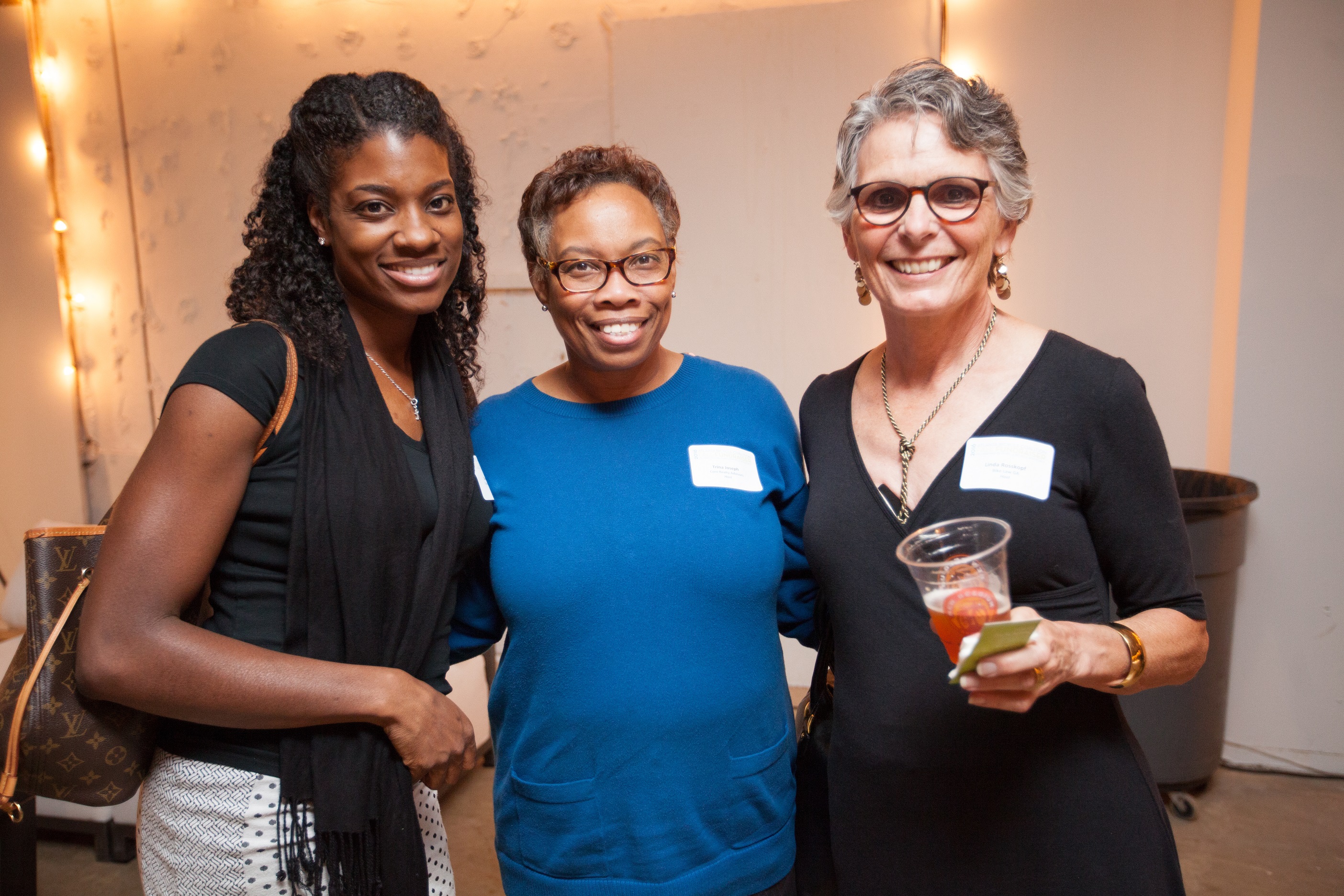