Clear the Way for Better Biking in Atlanta

As the city’s bicycle advocacy organization, one of the most common complaints we receive has to do with motor vehicles, specifically commercial vehicles, blocking bike lanes. Atlanta’s bike lanes need to remain clear in order to serve the purpose of moving people by bike. 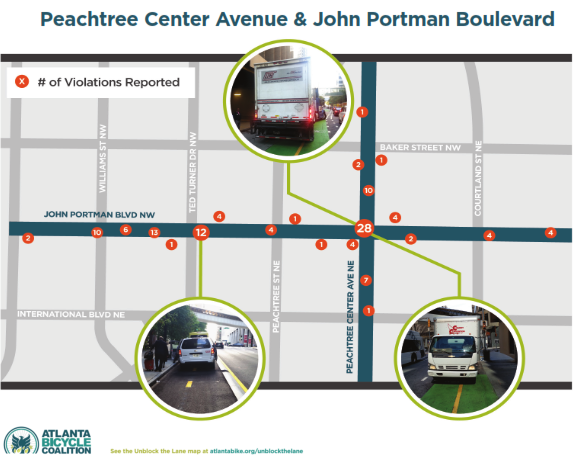 In 2016, we launched Unblock the Lane (read the full report here), a crowdsourcing campaign that empowered members to report motor vehicles parked or stopped in bike lanes by using the camera and geotag feature on their phones. Individuals uploaded photos to the Unblock the Lane map, which instantly captured the violation date, time, and location. 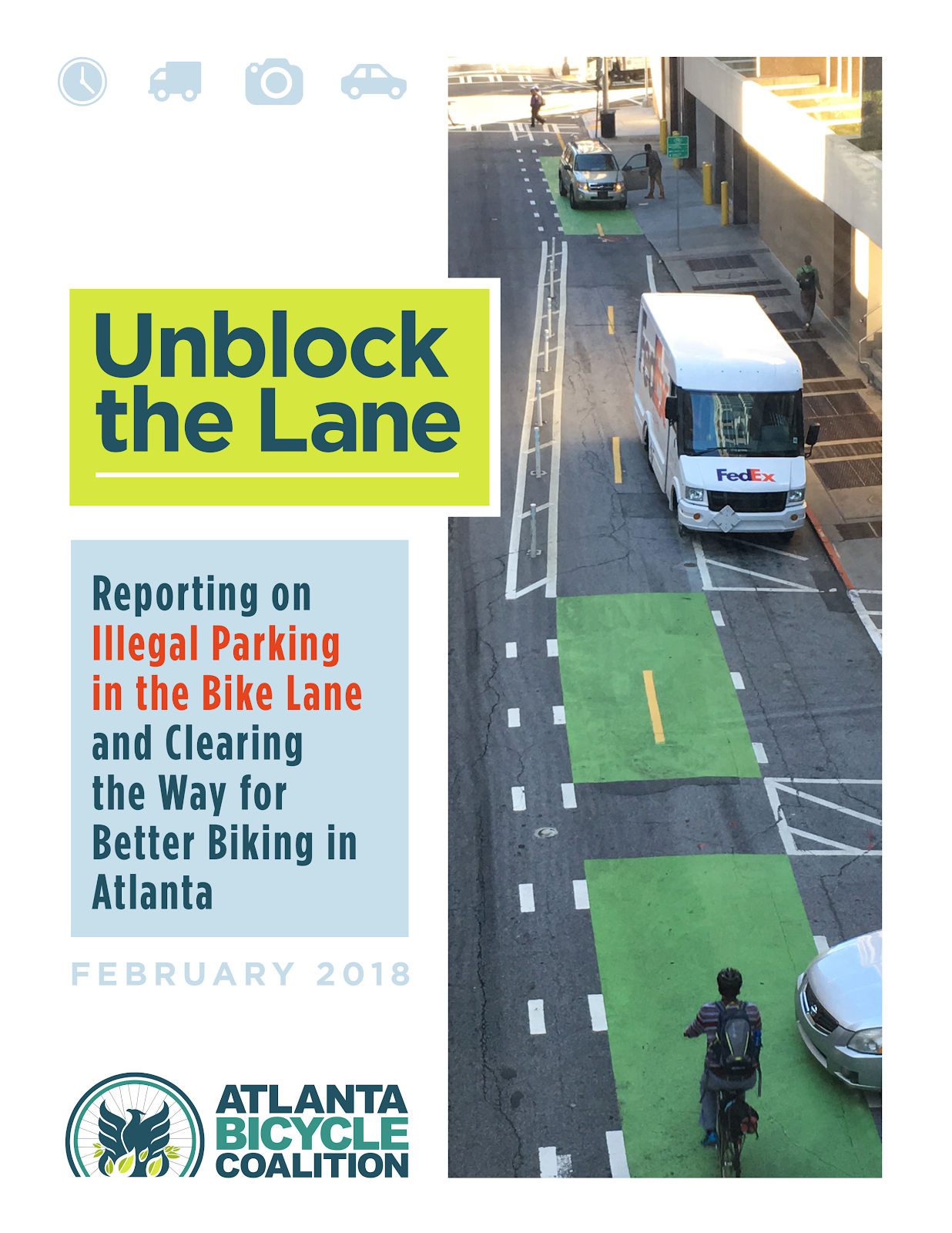 Between May 11, 2016 and June 21, 2017, the Atlanta Bicycle Coalition received 692 reports from 50 individuals documenting everything from cars, to tractor-trailers, to dumpsters blocking the bike lane on 22 streets. Unblock the Lane was made possible by longtime ABC member and advocate, Jordan Streiff, who developed the map and helped ABC maximize the geotag and GPS technology.

WABE’s Stephannie Stokes interviewed us at the corner of Peachtree Center Avenue and John Portman Boulevard, the site of 124 violations, and a key intersection connecting two busy two-way bikeways. 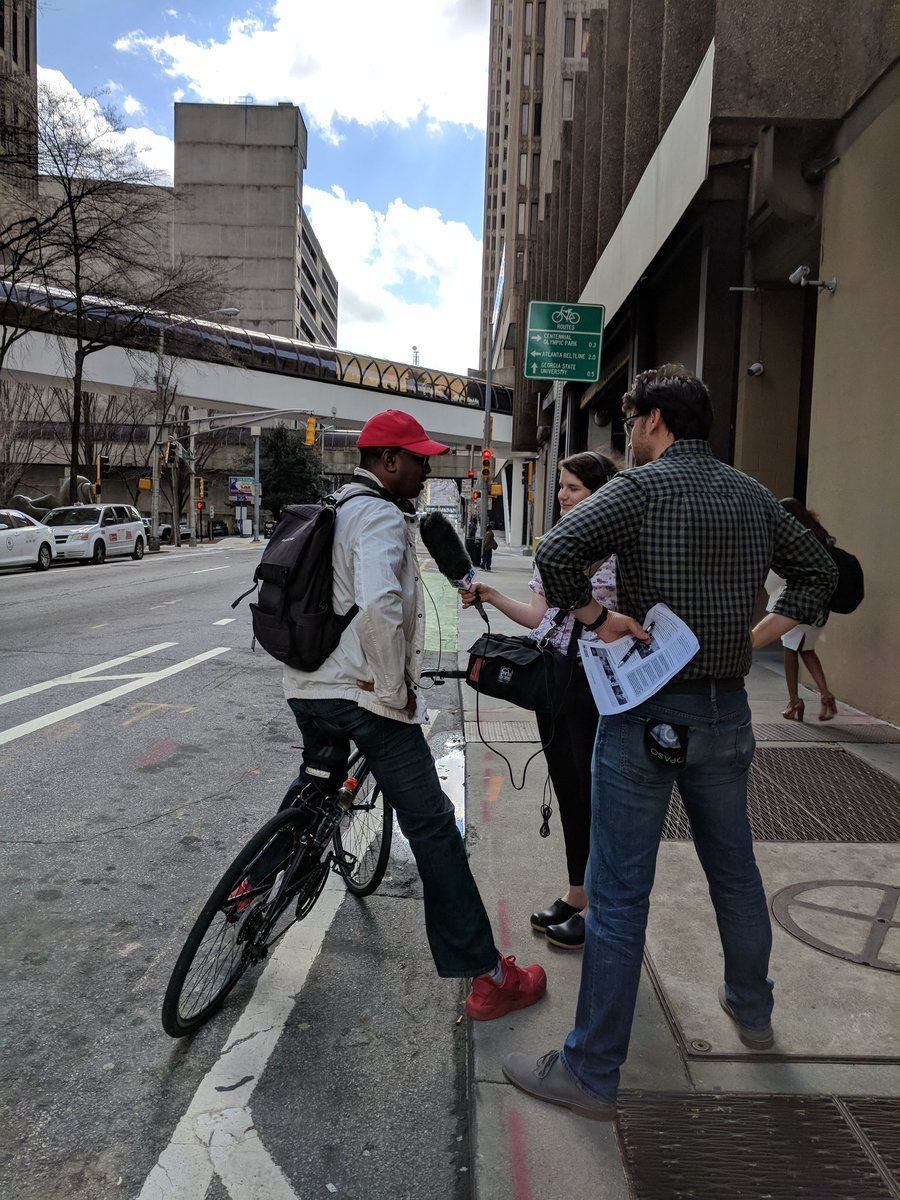 When asked how important it was to keep the bike lane free of cars, Atlanta bike commuter Rodney Pierce said, “On a scale of 1 to 10? 10+!”

The report shows that ultimately this is a curbside management problem that can be mitigated through designated delivery zones, proactive outreach to stakeholders and users, and ticket diversion programs that serve to educate people and change behavior.

CBS46 interviewed us on Edgewood Avenue, where the need for delivery zones was immediately apparent, as the camera crew watched three trucks unloading in the bike lane.

“This problem isn’t unique to Atlanta and it’s not just a bike issue,” said Bennett Foster, Policy and Campaign Manager at the Atlanta Bicycle Coalition. “All big cities have to deal with different modes competing for limited public space. Cars are just as likely to double park and block buses and emergency vehicles and other cars. But we can solve this problem with smarter street design, better education, and proactive outreach.”

We expect to see Atlanta's first parking-protected bike lane break ground as earlier as this year on Juniper Street. "The Juniper Street Transformation Project will create a high-quality bikeway and improve pedestrian amenities while also ensuring that vehicular traffic moves through at a steady (yet calmer) pace," says the Midtown Alliance Capital Improvement page. 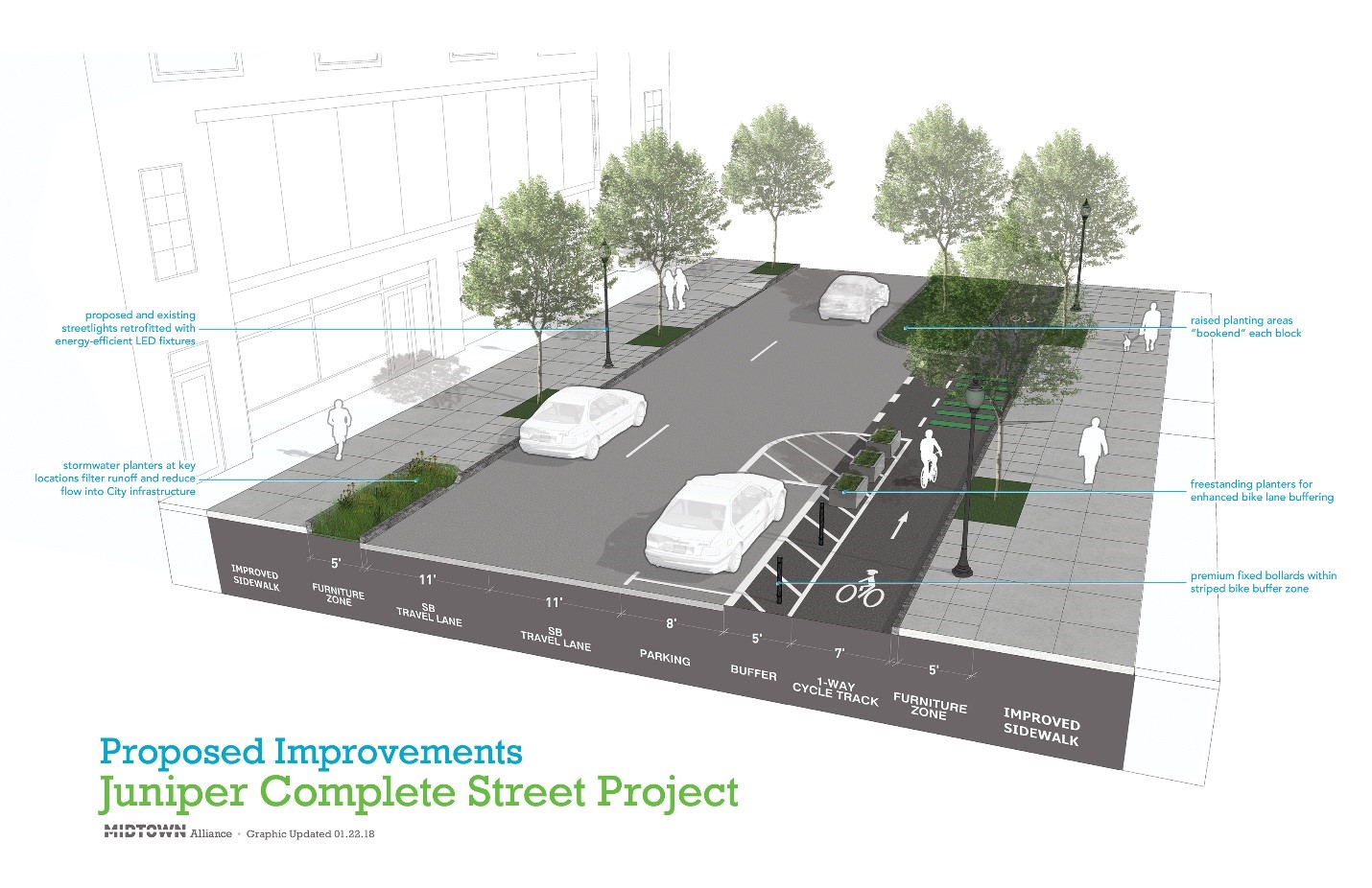 Thanks to you, we know where our blocked lanes are located.