People have been advocating for safety on Boulevard for years — whether you’ve been involved with A Safer Boulevard, left public comment about safety issues on South Boulevard back in 2016, set up a “Slow Down” or “Drive 25” sign in your yard, or attended one of last week’s South Boulevard complete streets meetings, it’s been made clear: this community needs safety improvements for people who walk, ride, and roll on Boulevard ASAP.

View the presentation including details on both proposed options here.

We are advocating for the first option — the project that is expected to be completed in 18 to 24 months — but with the below suggested improvements to the design to make South Boulevard safer.

We can’t wait five to ten more years to improve safety on South Boulevard. Every day, people in surrounding neighborhoods walk and roll on Boulevard to get to their pharmacies, grocery stores, and jobs, and to access Grant Park or the BeltLine — this street is critical for essential transportation, recreational trips, and community health needs. We can’t ask people to wait ten years for slowed down traffic and safer infrastructure, especially since the ARC funding is not secured. The lack of safe multi-modal infrastructure combined with the road’s vehicle-prioritizing engineering encourages alarming levels of speeding and calls for an upgrade as soon as possible. We’ve shared this view with A Safer Boulevard and they agree — neighbors need safety improvements with a guaranteed funding path now.

While we would like to see the City move forward on the shorter-term project, there are a few significant safety issues we see with the proposed project. We propose the following:

Lastly, we welcome the speed limit reduction from 35 mph to 25 mph! Safe speeds are critically important to eliminating traffic deaths and injuries — over the last few decades pedestrian fatalities have consistently increased on roads with speed limits above 35 mph (Schneider, 2020¹). We also urge the City to reduce speeds through engineering that prioritizes safety for people who walk, ride, and roll on South Boulevard and across Atlanta.

Thank you for your advocacy! We’ll continue to be in touch with you on South Boulevard and other infrastructure projects throughout the city. 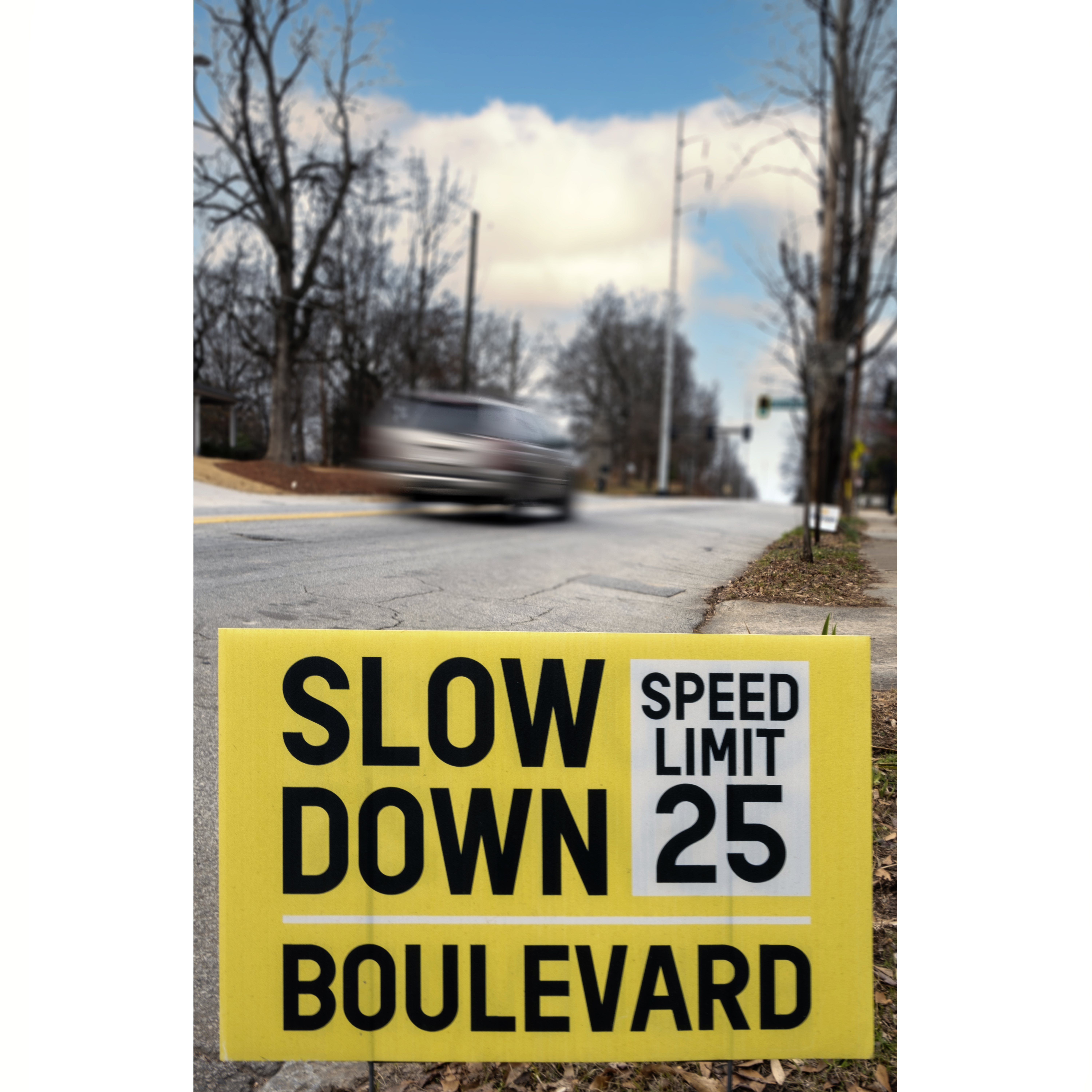