This week the City of Atlanta announced it would remove the Peachtree Street shared space pilot project. The three-block pilot was intended to test the benefits of converting a general traffic lane to space for people outside of cars. By most accounts, the project achieved its goals – 27% more people walking on the street and 11% fewer motor vehicles – but also attracted some powerful detractors.

Rumor has it the final straw was a state policymaker from outside of Atlanta drafting legislation to ban all Georgia cities from removing what engineers call “capacity” – lanes for motor vehicles – from streets.

That would be disastrous for the work of groups like ours and advocates across Georgia. 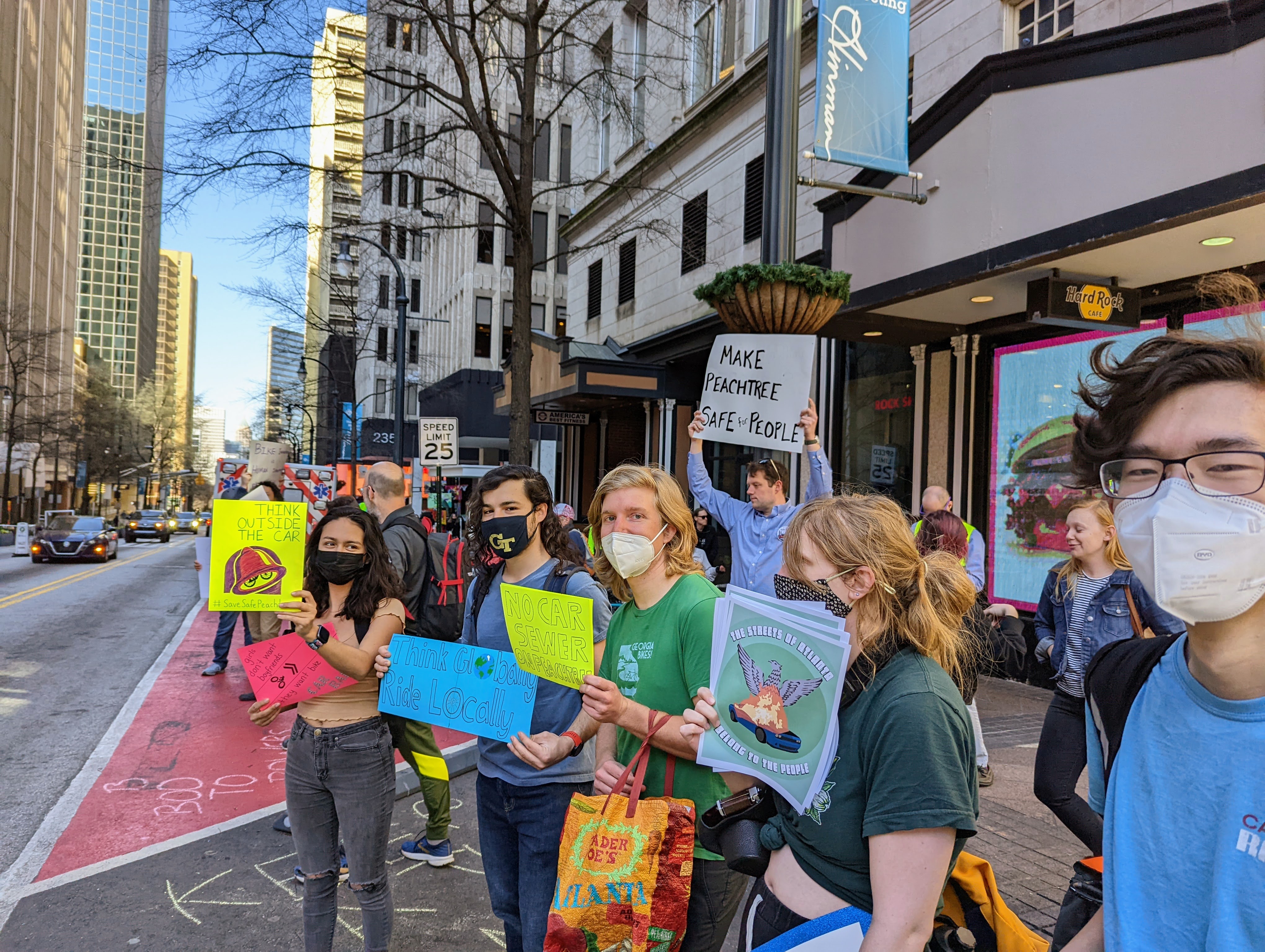 What’s next for Peachtree Street? We have questions!

A group formed quickly this week to oppose the change: Save Peachtree. Visit their website to sign a petition or learn more about an in-person, peaceful gathering at the intersection of Andrew Young International Blvd NW and Peachtree St NE Monday, March 14th at 4 pm.

The next steps the City takes will say a great deal. We join other advocates asking the City of Atlanta to demonstrate its commitment to creating a Peachtree Street for people. 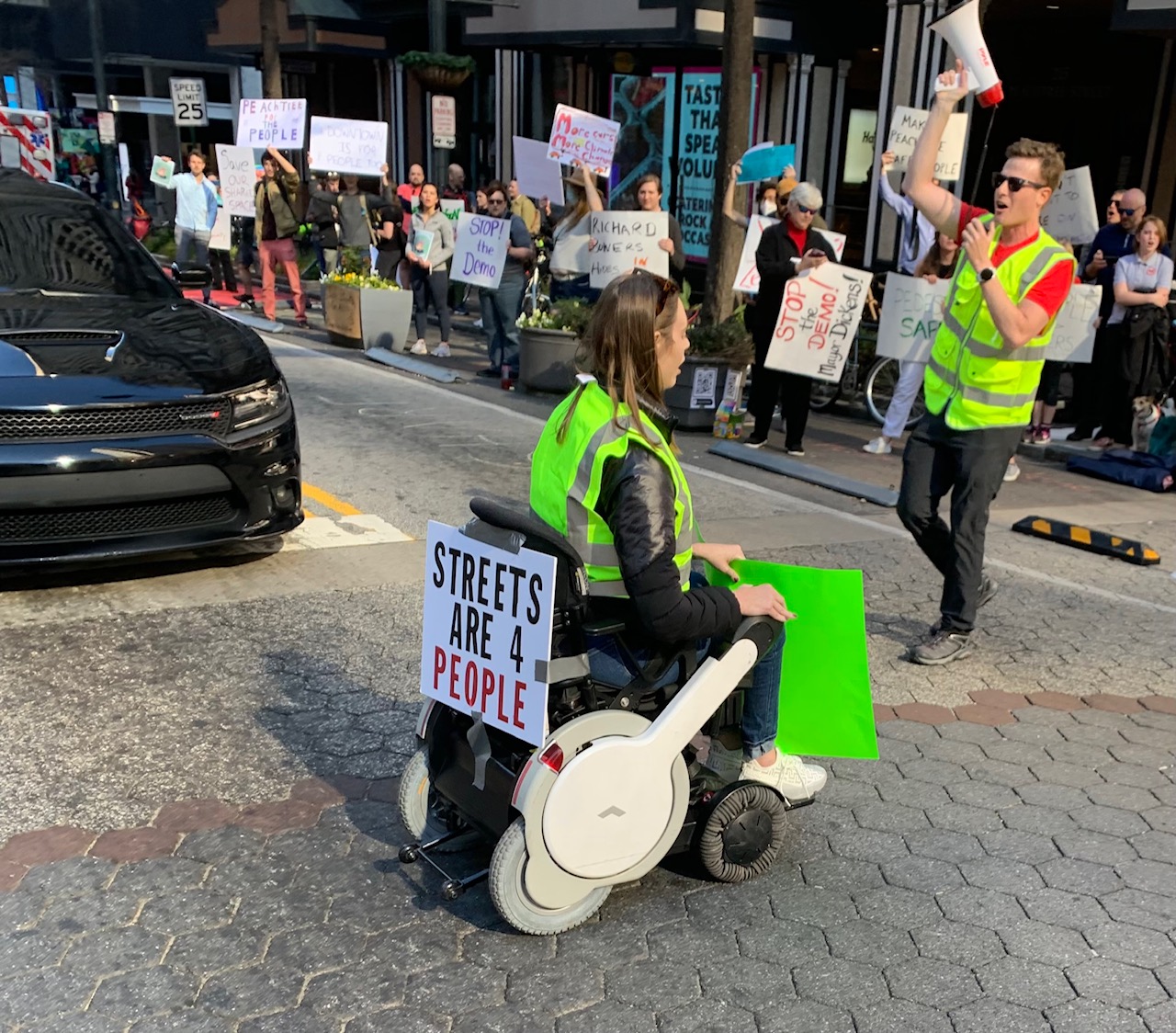 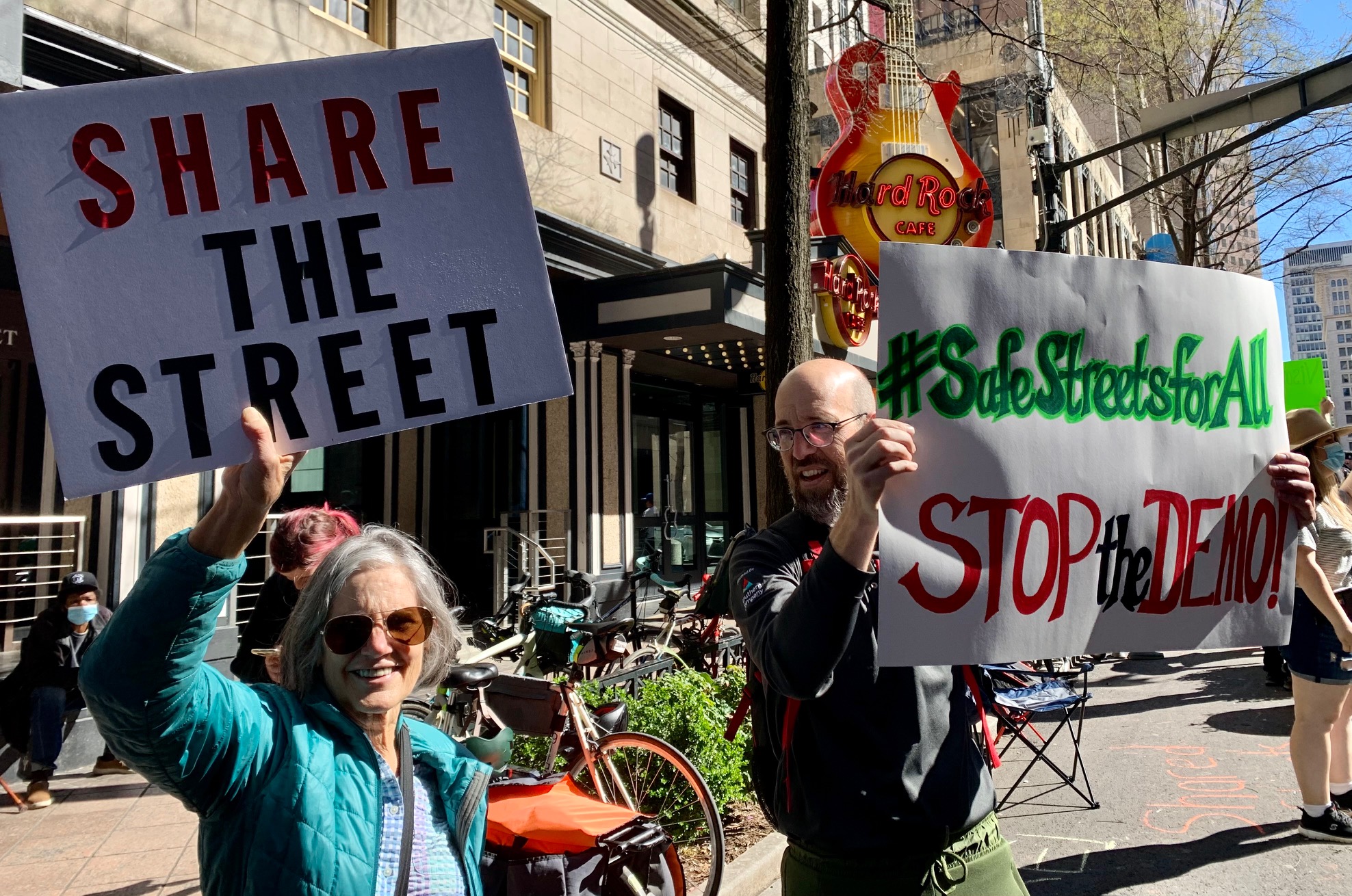 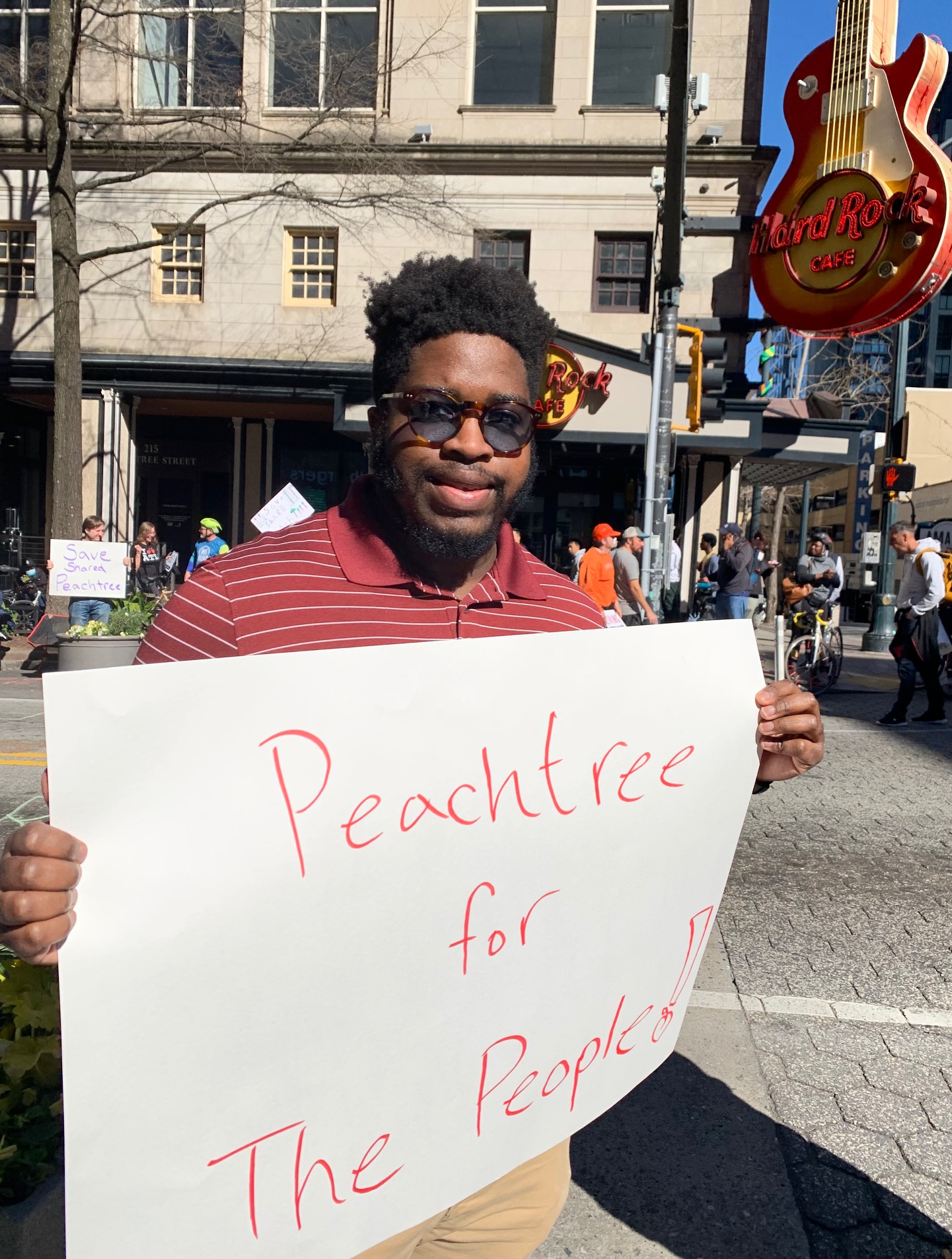 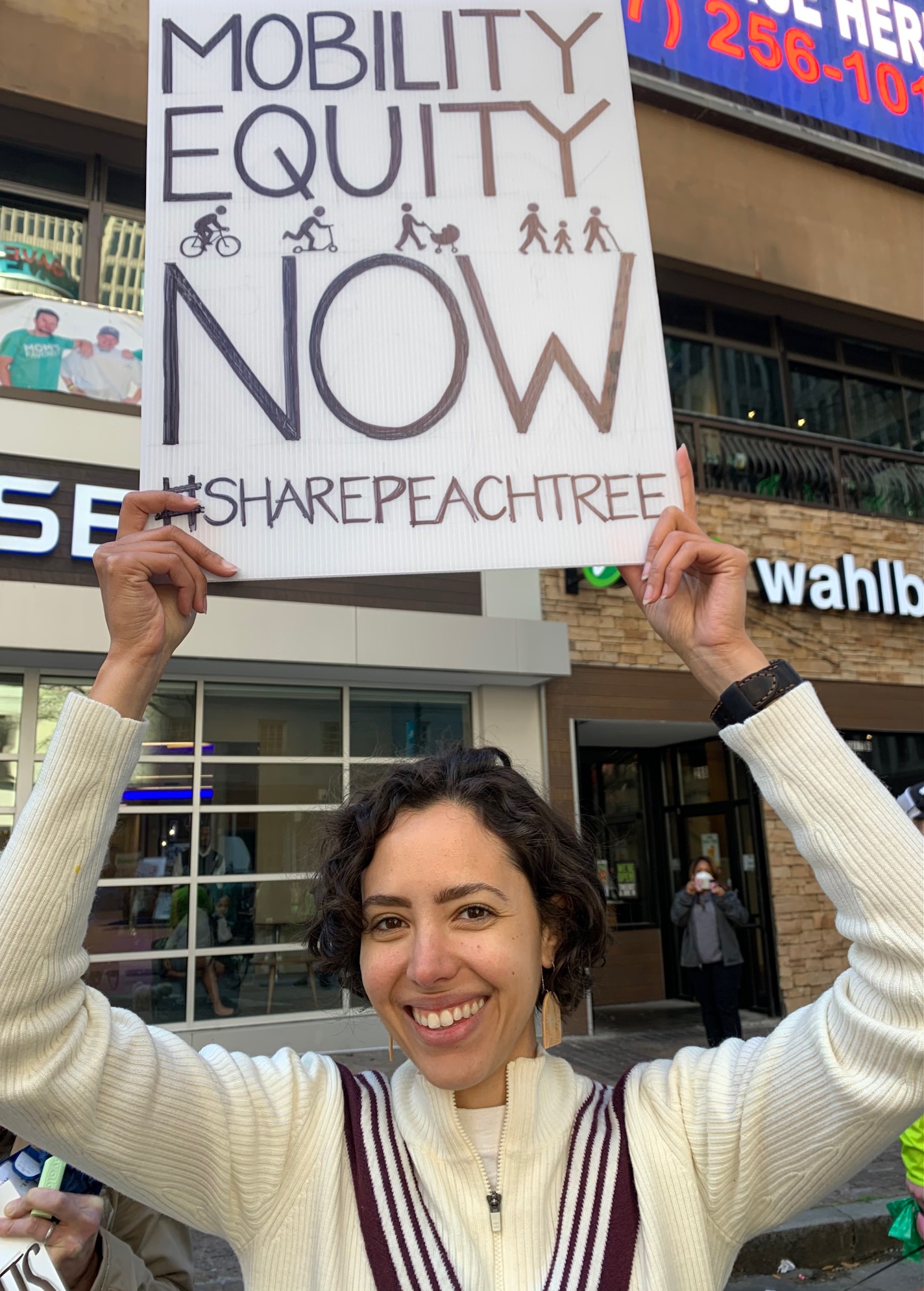