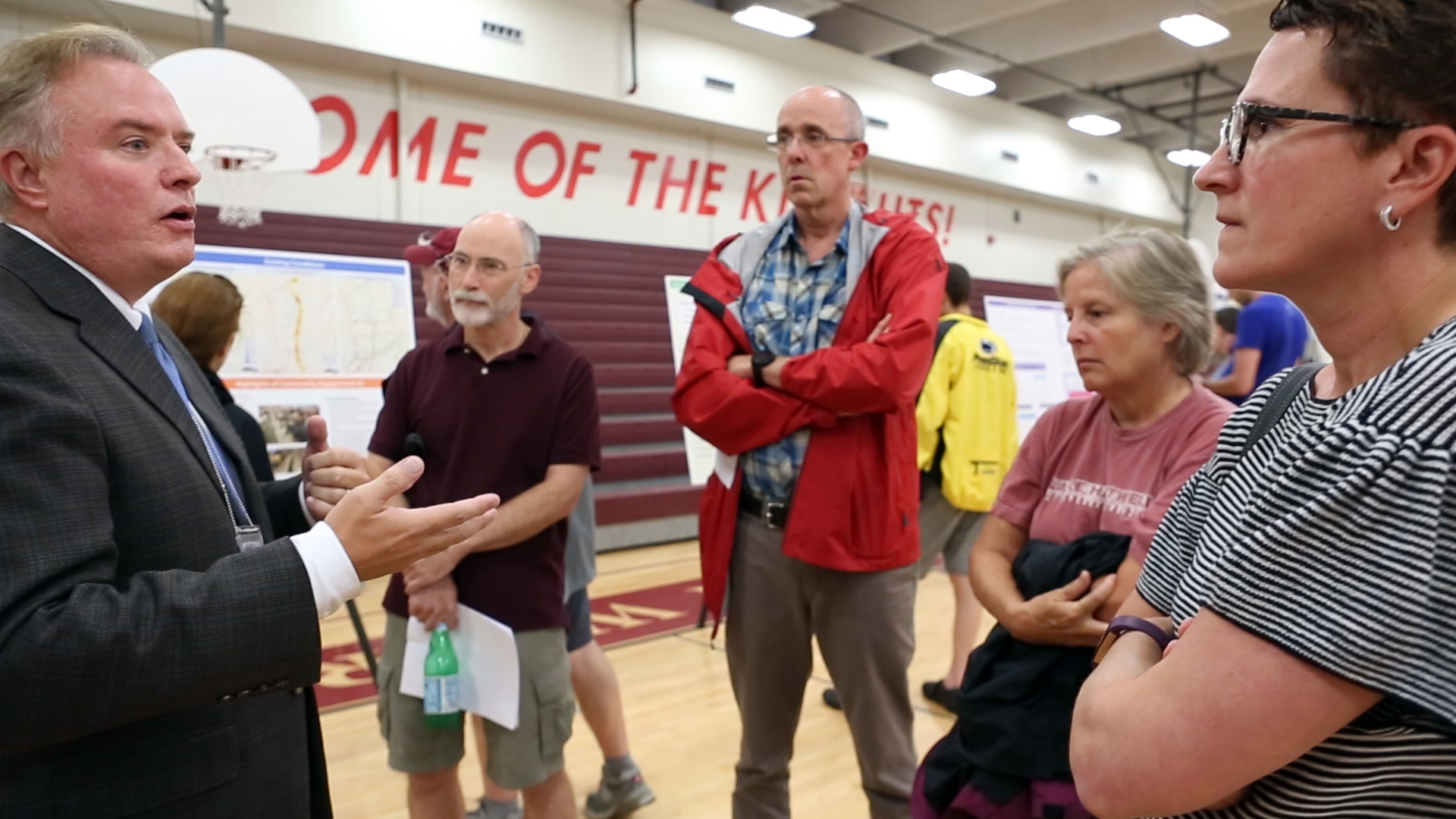 "I can make a coffee table book of all the crashes I've seen from my front porch," said Kim Wilson, a resident who lives on Monroe Drive. Her child is starting at Grady High School in the fall and she's terrified of letting them walk to school on a street where car speeds exceed 50 mph. "What's it going to take to address safety? Is it going to take another student dying?"

People who walk or bike on Monroe Drive between Piedmont Avenue and 10th Street must compete with speeding cars and dangerous intersections on a daily basis. These conditions are unacceptable. Voters overwhelmingly approved the Renew Atlanta Bond in 2015 because Complete Street projects like the one on Monroe Drive/Boulevard promised to make our streets safer for everyone. The latest Renew Atlanta plans for Monroe Drive north of 10th Street preserve the same old design that virtually ensures that Monroe Drive remains a highway that endangers everyone from people like Wilson's child to rush hour car commuters. Check out the video below for reactions from residents on Monroe Drive north of Ponce de Leon, then join us as we demand the road diet be added to the Monroe Drive/Boulevard Complete Street Project.

Renew Atlanta has reported that a road diet north of 10th Street would reduce crashes by 29% while increasing traffic on some side streets by 5-6%, an increase in car traffic on neighborhood streets that we believe is inevitable as the city's growth outpaces the construction of projects that add more mobility options.

"There's a clear demand for biking and walking that this project negates," said a resident who lives on Monroe Drive. "It's totally car-centric." 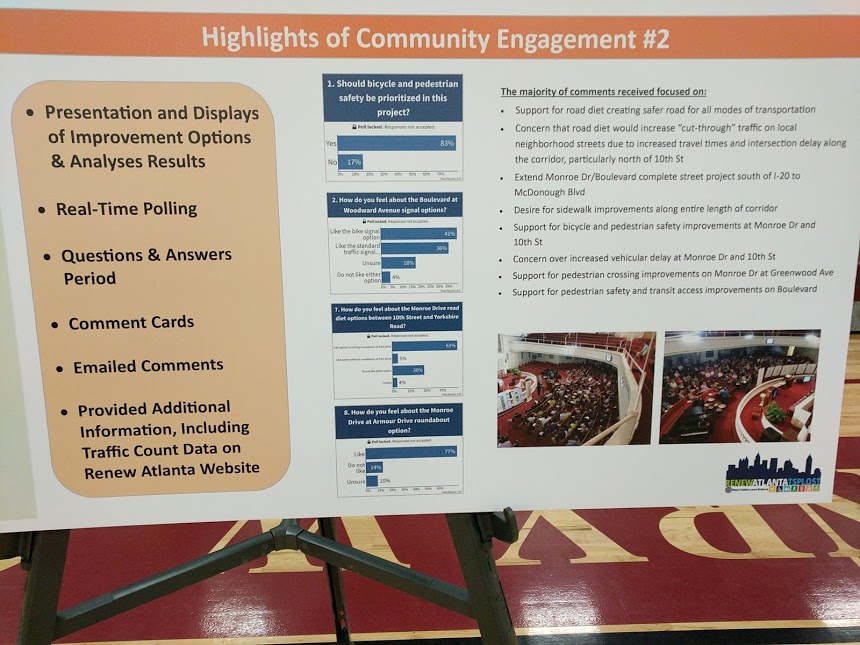 At the last public meeting, in February 2017, 66% of respondents approved of the road diet between 10th Street and Yorkshire. One year later, Renew Atlanta kept the road diet on segments of the project south of 10th Street, yet failed to extend it north to Piedmont Avenue, claiming that the delay to car commuters was too great to ignore. Excluding the road diet north of 10th Street ignores the needs and safety of the people who live on Monroe Drive.

Renew Atlanta might think they are keeping traffic running smoothly during rush hour, but they're really sending a message: the convenience of car commuters trumps the safety of people who live and use Atlanta's streets on a daily basis. 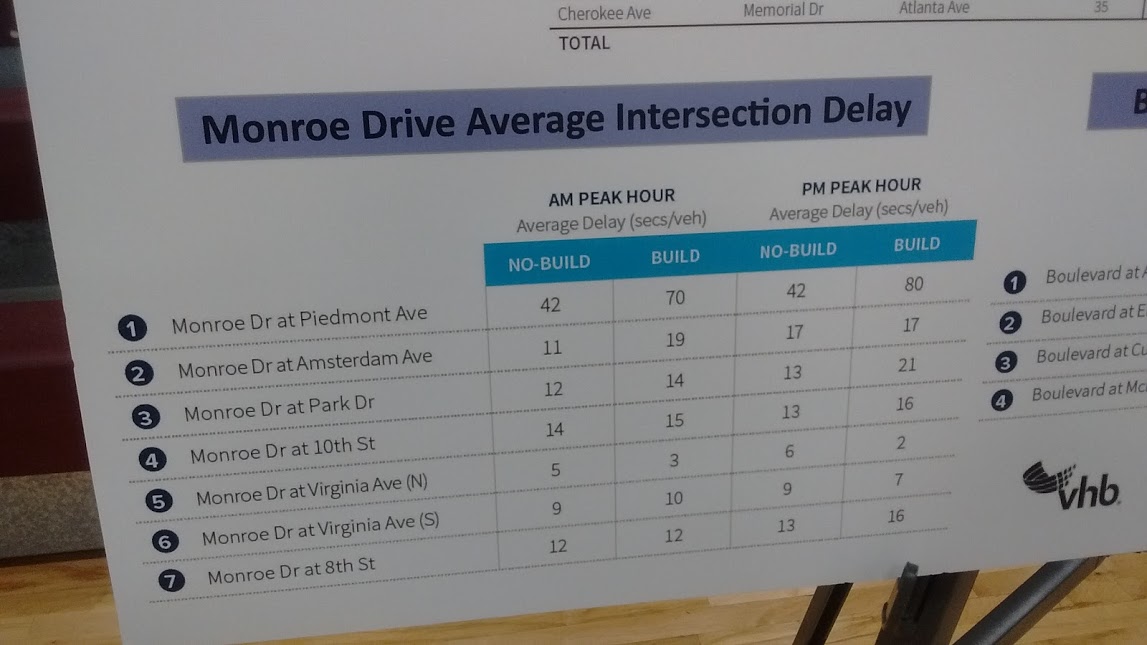 Rush hour traffic must not dictate Complete Street projects. The real performance metrics we need to focus on are the number of lives we can save, the number of crashes we can prevent, and how the project moves Atlanta toward the city envisioned in all of the master plans adopted by City Council -- from Connect Atlanta to Neighborhood Master Plans to Atlanta's Transportation Plan (pending adoption).

For a reminder on what's at stake, please read the article written by Thomas Hyneman, whose daughter, Alexia, was fatally struck by a motorist at the intersection of 10th Street and Monroe Drive while she was biking home from Grady High School.

"A road diet on Monroe Drive could have saved my daughter’s life. A road diet, converting the four-lane road to three with a center turn lane, improves visibility and discourages speeding, so that even if my daughter had been hit, she would have had a much better chance of walking away from the crash." Thomas writes in the Saporta Report after last year's Renew Atlanta meeting.

"Don’t let our decision rest on only 10 to 20 percent of the time the road is used by people passing through. Monroe is always busy, but it doesn’t have to be always dangerous for the people who live here."

Join us as we demand that Renew Atlanta add the road diet north of 10th Street. Let's make Monroe Drive a safe, Complete Street. Renew Atlanta wants to hear from you!

The designs proposed by Renew Atlanta south of 10th Street were more promising. More on those next week after we receive the presentation packet from Renew Atlanta.