The valet utilizes a digital check-in service for cyclists to quickly and efficiently check their bikes in. When dropping off their bikes, cyclists simply provide their phone number, and they will be sent a text that includes a secure claim ID and the time that the valet will close. Helmets, lights, bags, and locks can all stay on the bikes, making bike parking easy, fast, and secure.

“We started offering bike valet during the 1996 Atlanta Olympics and we’re proud to see this tradition continued with our newest sports venue,” said Rebecca Serna, Executive Director for ABC. “Hopefully this trend will spread to other Atlanta institutions wanting to give their patrons better transportation options.”

The Atlanta Falcons and Atlanta United join several other teams and stadiums that offer bike valet services. Providing a bike valet is a growing trend that many real estate developments, stadiums, universities, and events are adopting to help encourage a shift in transportation modes to bicycling. Biking to an event can make attending less daunting and affordable by eliminating the cost and difficulty of parking.

Football fans and soccer supporters hoping to take advantage of the bike valet need to do only one thing: show up with their bikes at the valet, which is located across the street from the main gate at 1414 Andrew Young International Blvd NW, Atlanta, GA 30313. No app downloads or pre-booking required. The Atlanta Bicycle Coalition has created a map that highlights several preferred bike routes to the new stadium that can be found below. 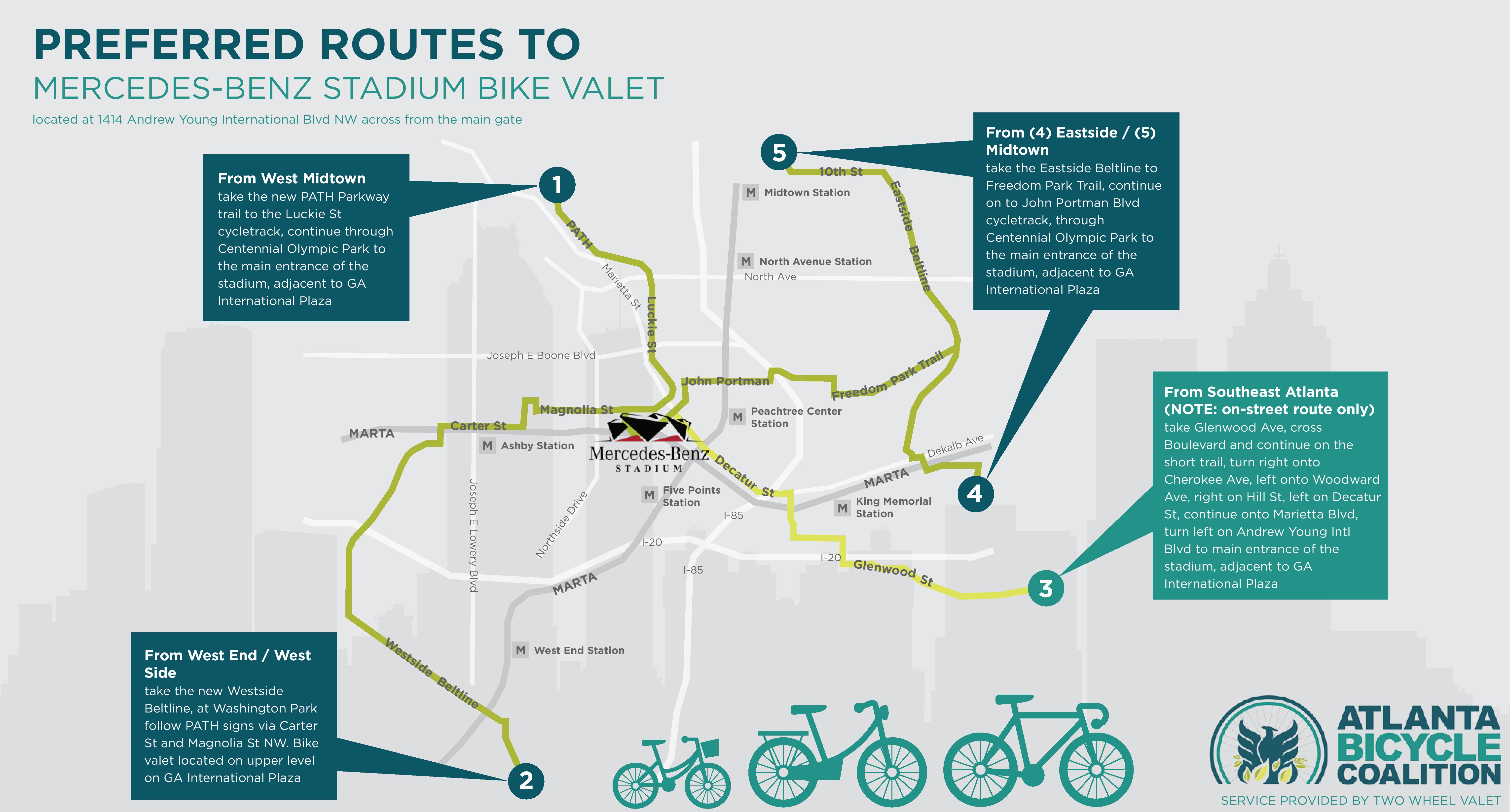