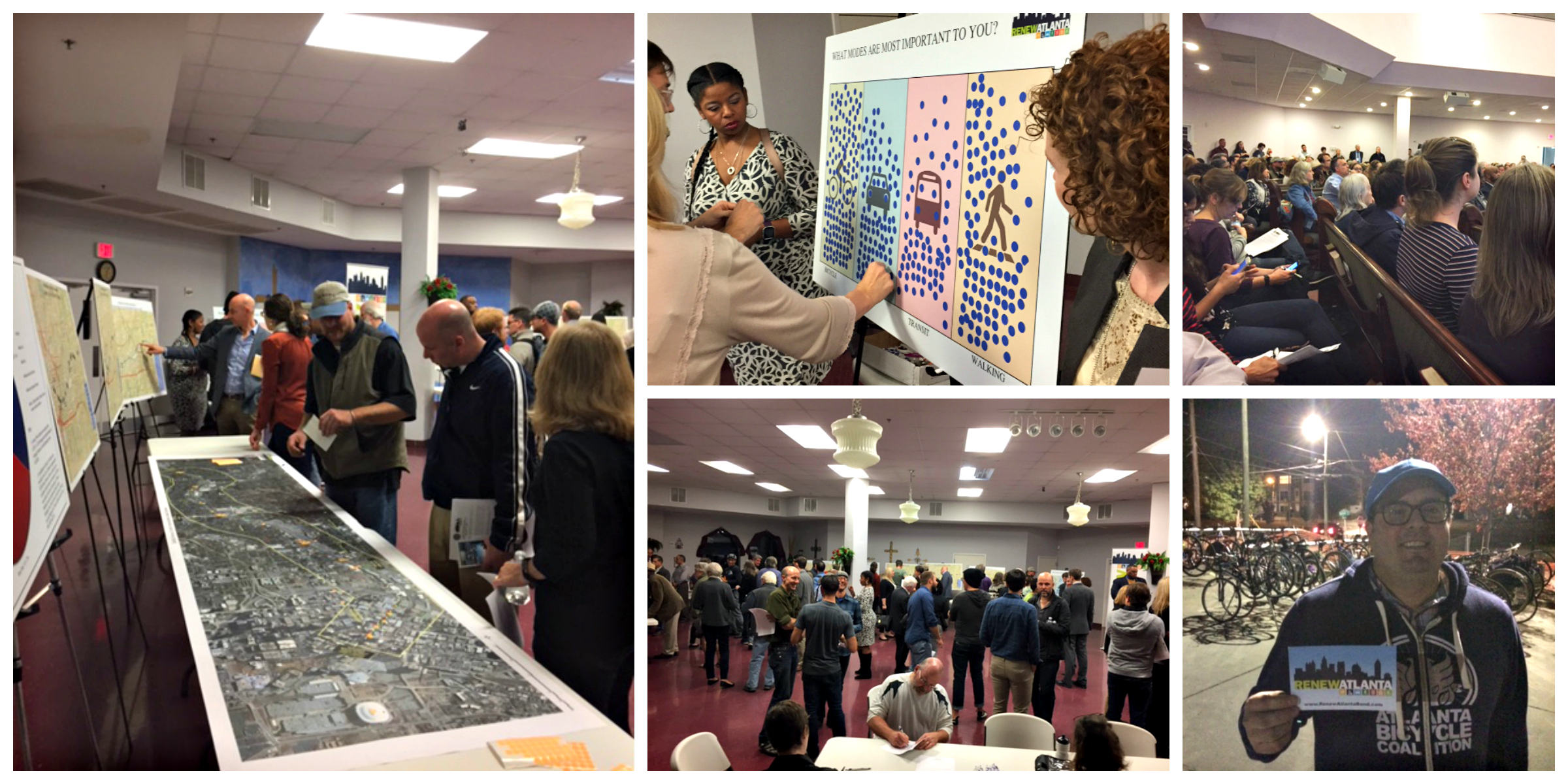 DeKalb Avenue is fast, dangerous, and out of control. But there's hope.

In 2015, Atlanta voters overwhelming approved the Renew Atlanta Infrastructure Bond to update and improve our streets. DeKalb Avenue made the Renew Atlanta list as a Complete Street, which means that the street must be rebalanced to serve more than just car traffic.

In order to do this, the city needs to remove the reversible "suicide" lane (a long overdue safety improvement) and replace it with turn lanes at key intersections, as well as repave the street, and add bike lanes or a multi-use path, and build safer crossings.

The City of Atlanta's Renew Atlanta/TSPLOST department is about to lead its third public meeting in three years. The project dates on the website indicate that this may take another two years to complete.

While it's good to have a timeline and tasks outlined for this ambitious Complete Street project, the need for immediate action on this street was clear back in 2014, when 1,547 people signed a Change.org petition to Fix DeKalb Avenue, nearly two years before Renew Atlanta's first public meeting.
The Atlanta Bicycle Coalition's recommendations for the DeKalb Avenue corridor come as no surprise to people familiar with the history of the project. As far back as 1990, you can find similar requests and concerns formalized in studies, development plans and master plans, like those cited in the October 2013 Candler Park Master Plan: 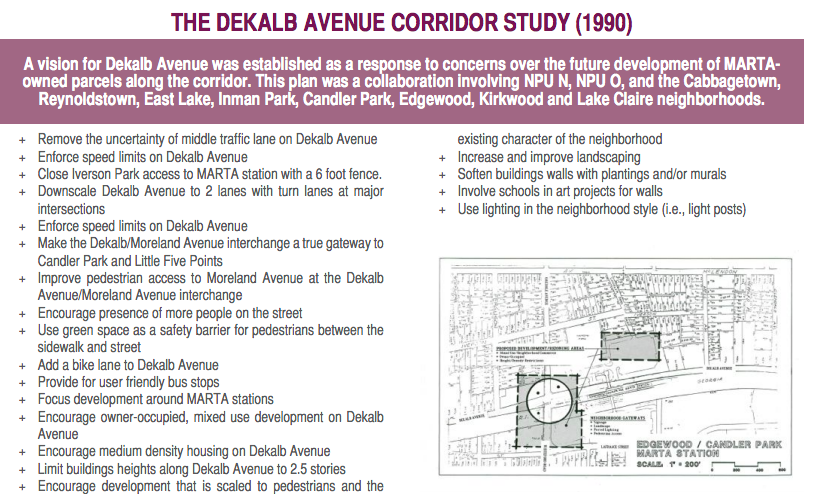 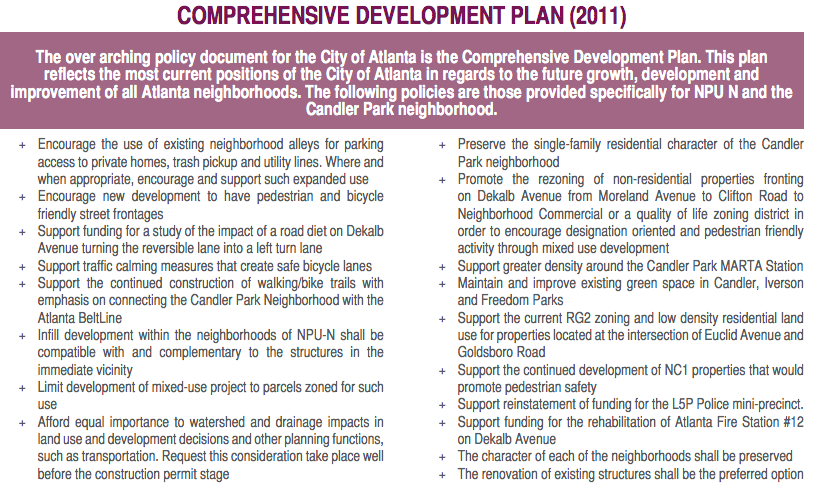 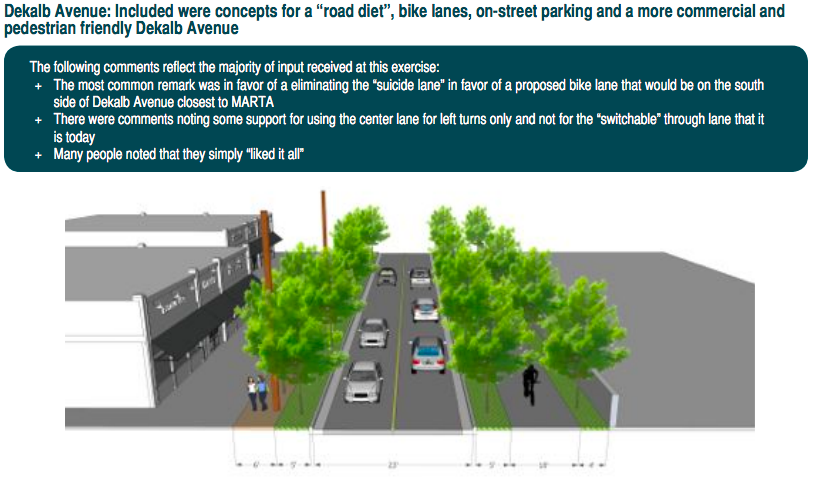 The 2016 Renew Atlanta Public Meeting #1 highlighted that there was funding for the multi-use trail portion of the Complete Street project through TSPLOST. 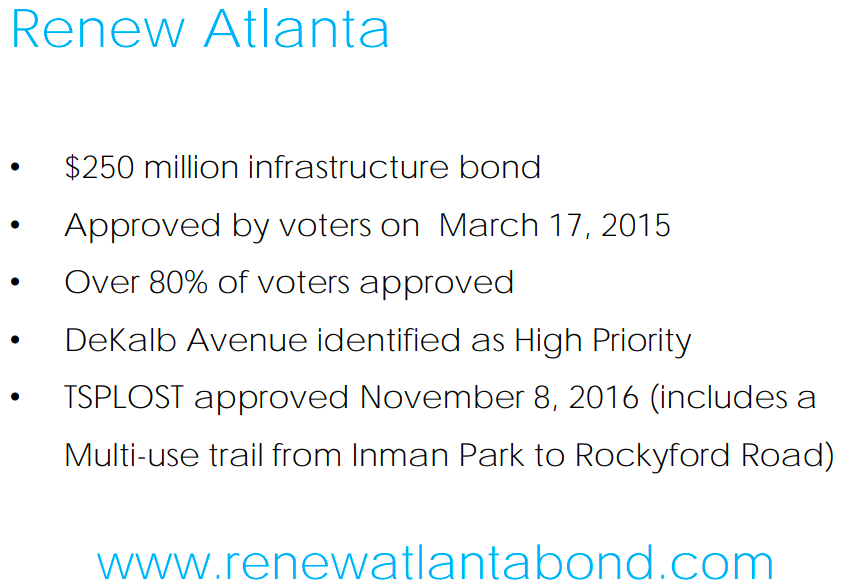 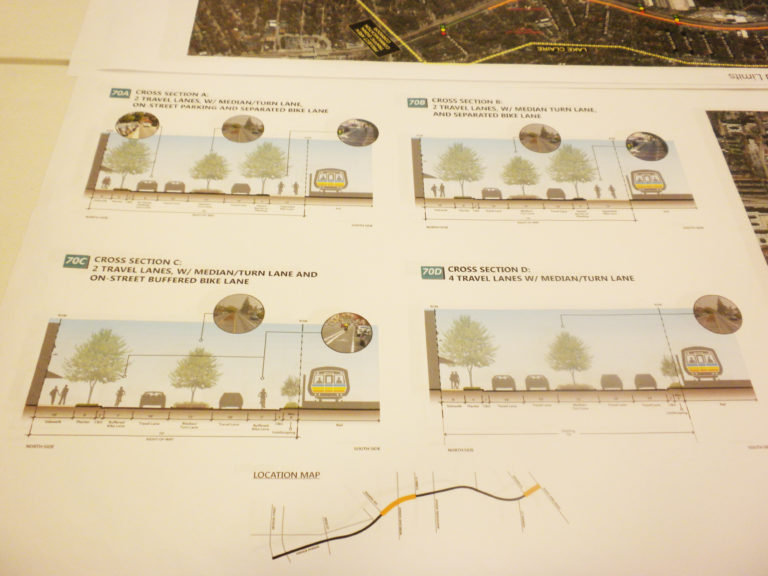 March 30, 2017 Public Meeting Photo by Duo-Wei Yang
After so much time, money, planning, and public engagement invested in this major corridor, it's no wonder this project has generated so much support among people who live and experience this street on a daily basis. Since the last public meeting in March 2017 we have received letters in support from the neighborhood organizations of Kirkwood, Edgewood, and Cabbagetown, and we anticipate additional letters in support from more neighborhoods affected by this signature Complete Street project.
The excitement buzzing around the Complete Street changes we are advocating for on this notoriously unsafe corridor inspired us to organize Atlanta Streets Alive - Eastside on DeKalb Avenue on April 8th. At Atlanta Streets Alive, you will experience a DeKalb Avenue that puts people first. This is your chance to do something that on any other day might feel insane or scary - like riding your bike or walking on DeKalb Avenue. 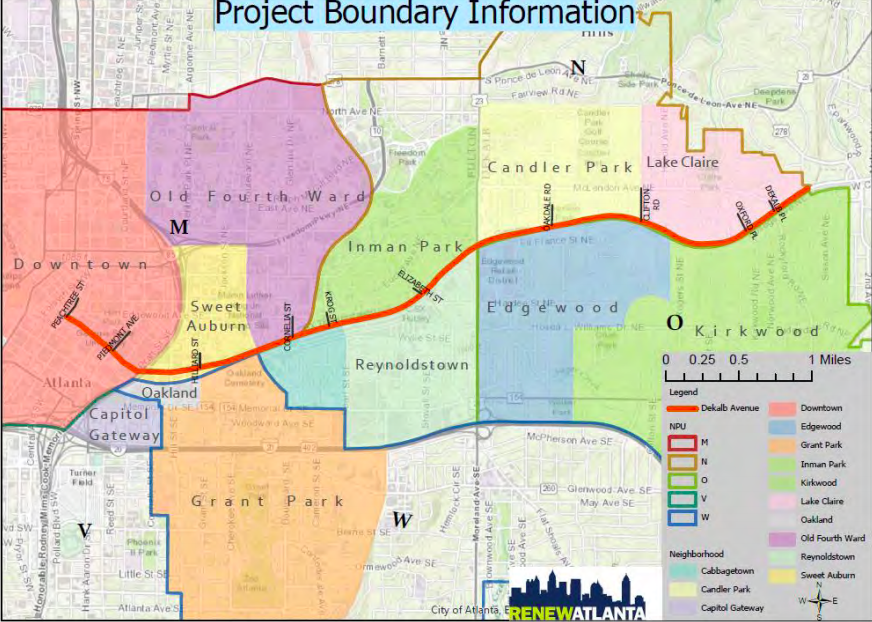 After Atlanta Streets Alive, the question will no longer be about how to fix DeKalb Avenue. The question will be how many more people do our leaders need to hear from before DeKalb Avenue becomes a Complete Street, as promised in the Renew Atlanta Bond and TSPLOST Referenda?

Tell them to stick to the Complete Street plan the people of Atlanta voted and paid for. Generations of Atlantans will thank you for it.