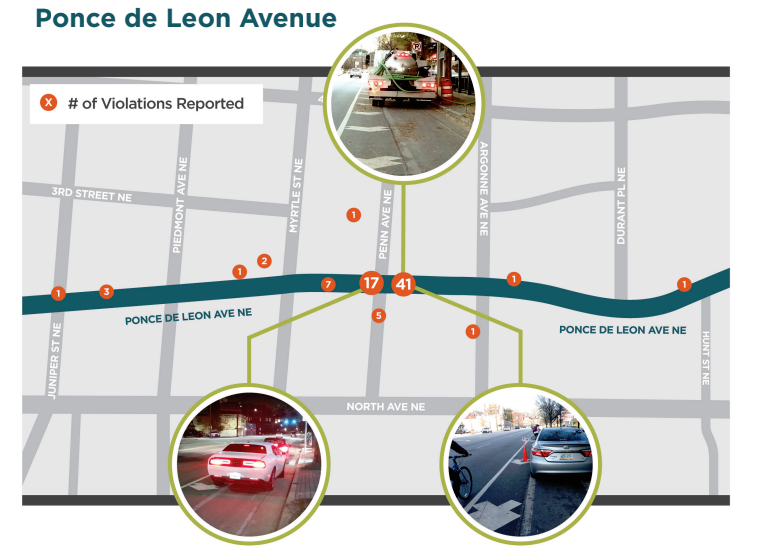 When cars and trucks park illegally in bike lanes, it's not just an inconvenience - it makes biking unpredictable and less safe. Last year, Atlanta Bicycle Coalition members and supporters helped crowd-source data on which bike lanes in Atlanta were blocked most often.

District 1 Councilmember Carla Smith read the report, saw the news coverage, and wanted to do something about the problem.

Realizing the fine at the time was just $25, she saw an opportunity to level-set with the fine for sidewalk parking: $100 for cars and $1,000 for trucks or large vehicles.

In talks with the city, we realized this ordinance would be a good way to create a ticket diversion program for bike-related traffic offenses like blocking a bike lane. Through a grant from the Governor's Office of Highway Safety, we had the funding to create a program and make it free to the public.

Our goal for the ticket diversion program was to prevent the fine increase from creating difficulties for those who couldn't afford to pay it. By providing an alternative to the fee, we could raise awareness of the safety issue without exacerbating the disproportionate impact.

The ordinance took more than six months of meetings with various City agencies and partners to complete and went to Atlanta City Council for a vote March 18, 2019. It was adopted unanimously and went into effect 8 days later. 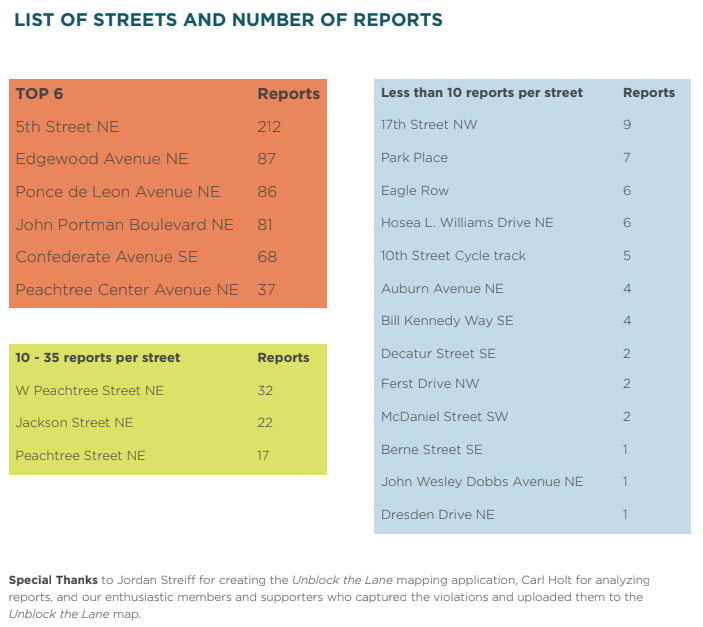 On April 26, the Atlanta Police Department launched a "LIT Lanes" (LIT = Light Individual Transportation, which includes scooters and other wheeled transportation devices) campaign to let people know about the fine and encourage greater empathy for people on bikes.

Here's what you need to know about the ordinance: