Attend a neighborhood meeting anywhere in Atlanta and you’re likely to hear a common refrain: people are driving too fast.

Some may see it as just a nuisance or a fact of life in a city. But for people who use our streets outside of vehicles—and that’s everyone at some point—even a small increase in driving speed becomes a matter of life or death in a crash. High speeds also prevent a lot of street use. How many parents are afraid to let their kids walk or bike? How many older adults or people with disabilities avoid taking needed trips because high-speed traffic makes it that much harder to get places?

For all of these reasons and more, Atlanta needs better ways to slow down motor vehicle speeds, including street racing.

That’s where traffic calming comes in. Traffic calming is a set of design strategies that aim to lower vehicle speeds and traffic. It’s often a less expensive and faster way to make a street safer for people than a complete overhaul of the street design. There are many different ways to achieve slower speeds and fewer cars on a street, ranging from speed tables (often called speed bumps in the past, but today with a more streamlined, safer to roll over profile) to lane narrowings, stop signs, even roundabouts. See Todd Littman: Traffic Calming Benefits, Costs and Equity Impacts for a deeper dive. 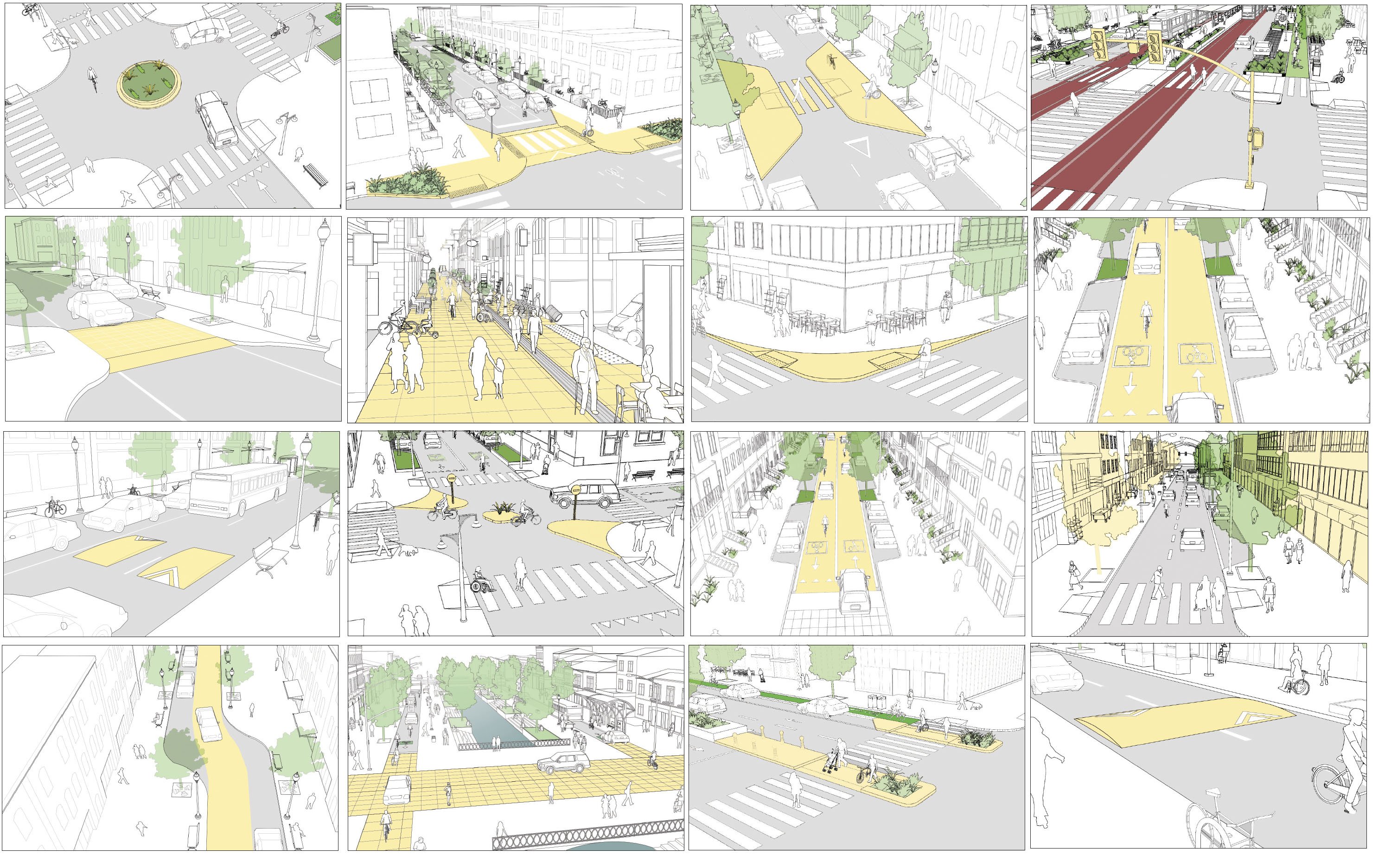 Atlanta's old traffic calming policy had a lot of requirements that got in the way of making streets safer. Things like petitions that can only be signed by property owners and traffic studies for even minor changes made it hard for neighborhood residents and today’s transportation planners and engineers to prevent high-speed driving on our city's streets. And if your street was classified by the state as an "arterial," traffic calming wasn’t even an option. Expanding which streets are eligible to be made safer opens the door for a more evenly distributed approach to traffic safety.

This Wednesday, June 16th, Atlanta City Council Transportation Committee will consider legislation to replace these barriers with a modern, flexible approach to traffic calming. This ordinance is part of the Vision Zero policy of reducing traffic deaths and serious injuries to zero. The legislation refers to speed treatments from NACTO, the National Association of City Transportation Officials, and eliminates the infamous 85th percentile requirement.

For your call to be recorded, you must leave a message Tuesday, June 15th between 4-7 PM and keep your comments under 3 minutes. Public comments are played during the beginning of committee meetings, which you can watch online via YouTube, Facebook Live, and Twitter @ATLCouncil, or Channel 26 and CityCouncil.Atlantaga.Gov.