Barricades and beyond: what’s next for permanent multimodal safety solutions on Edgewood Ave, Lee St, and Piedmont Ave?

Atlanta, once a city of metal plates, became a city of bright orange barricades during 2020. Some are part of ongoing construction projects, like those lining the Piedmont Avenue Light Individual Transportation (LIT) lane. Others, like the barricades on Lee Street, were placed as a traffic calming measure on a wide street in need of a retrofit, providing a shortened crossing distance for people walking and using wheelchairs, and a temporary space for people on bikes and scooters. Finally, some were intended to prevent street racing and stunt driving, like the plastic barricades that were bumped into the LIT lane, blocking the path for people trying to bike or scoot in it. 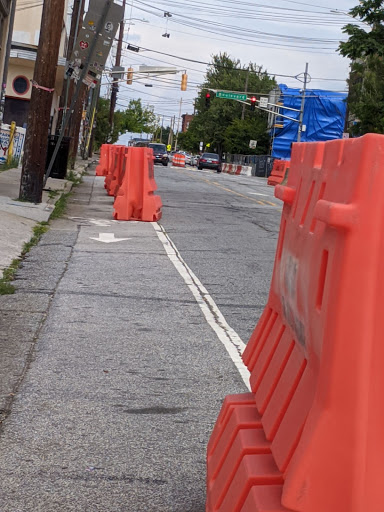 While we understand the need for short-term solutions, we want permanent improvements.

The barricades have been in place for a few months and we’ve had a chance to see how they work — or don’t work — in different situations. On some parts of the corridor, they are in the right place and provide a protected experience but parked cars still block the lane: 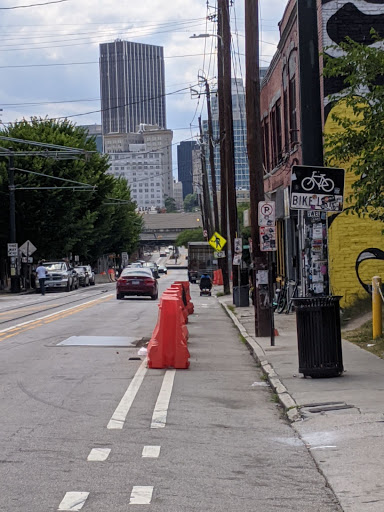 On others, they’ve been pushed into the LIT lane and block the path, forcing people to swerve into general traffic: 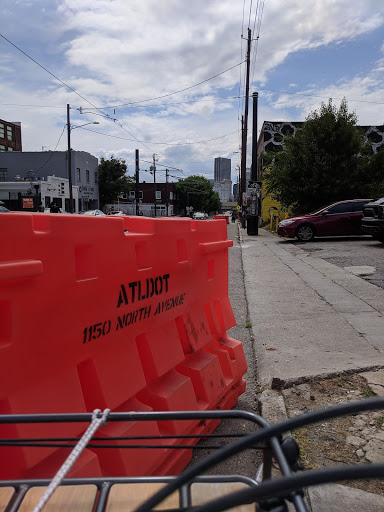 Finally, in other spots they’ve been moved entirely off the street and now block the sidewalk: 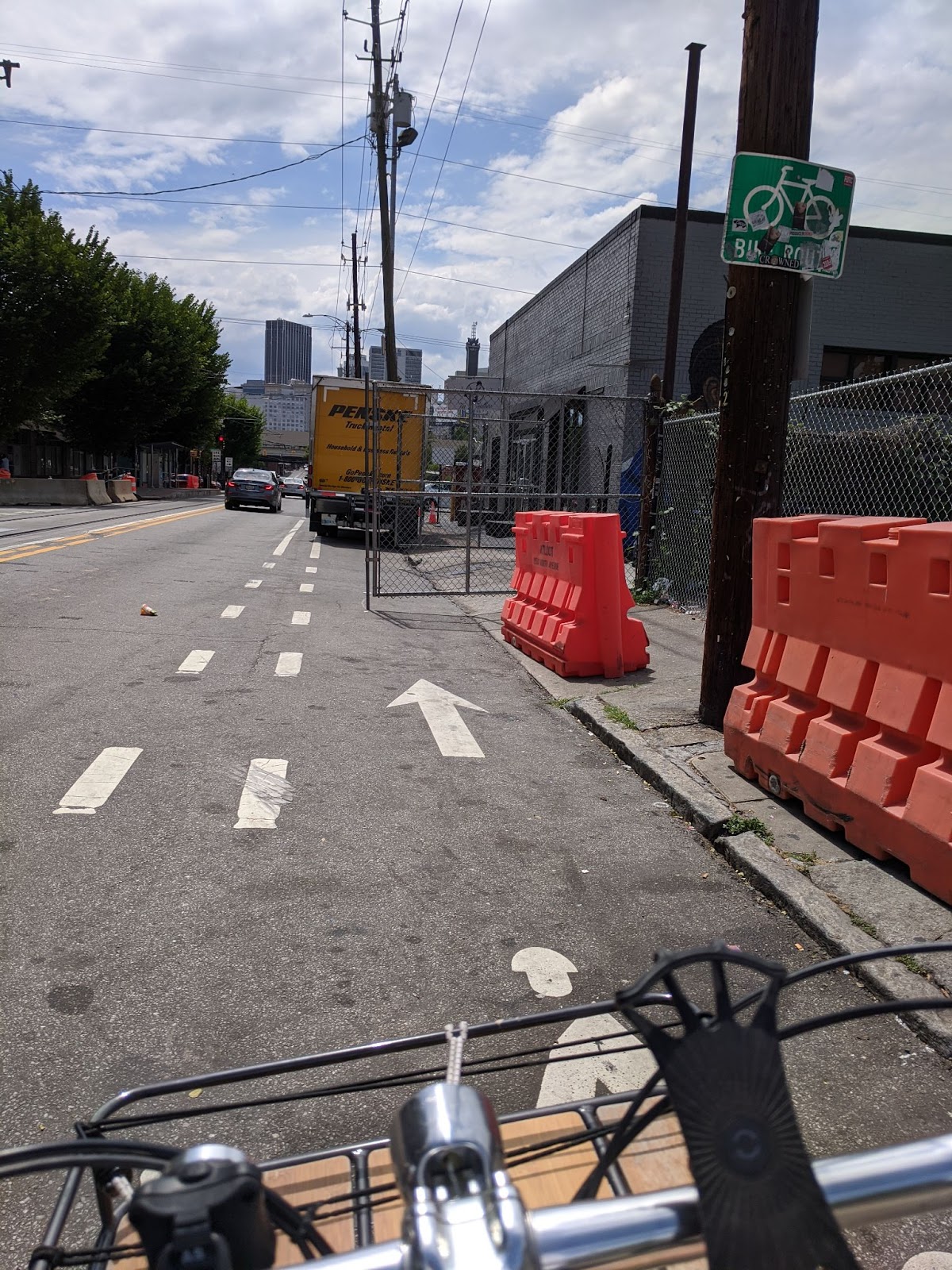