On Thursday, February 7th, about 300 members and guests attended the 2019 Blinkie Awards & Member Party, sponsored by BikeLaw Georgia and the Trolley Barn. We gathered to connect with our members and celebrate the people making Atlanta better by bike. In case you missed it, read more for the award winners. 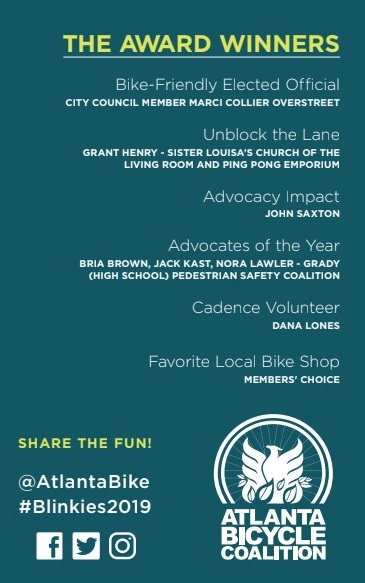 The Annual Blinkie Awards is a celebration of the people, projects, and organizations making Atlanta better by bike. “We’re a small nonprofit organization representing the many people who want a more livable, accessible Atlanta, and we can’t make Atlanta more bike-friendly without our members and partners,” said Atlanta Bicycle Coalition Executive Director Rebecca Serna. “The Blinkie Awards are one way we can recognize the incredible work done by so many to create a better Atlanta - by bike.” 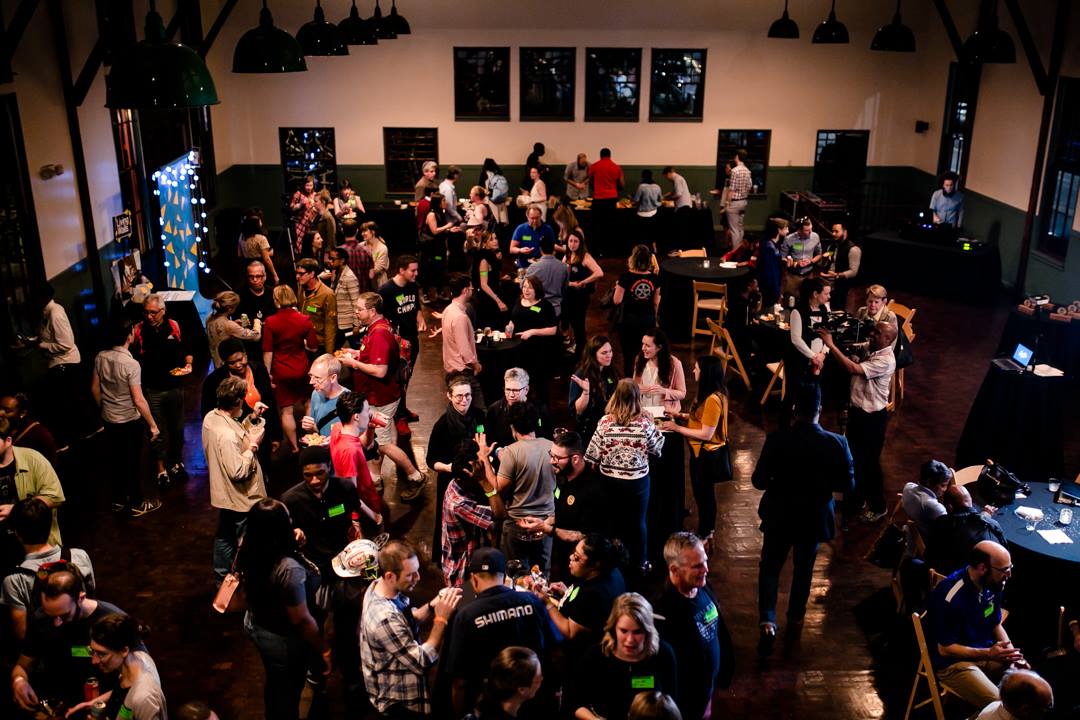 The Bike-Friendly Elected Official award was presented to Atlanta City Councilmember Marci Collier Overstreet, District 11, by Corliss Claire, a Cascade Heights activist. Councilmember Overstreet was recognized for highlighting the urgent need for safer streets in her district by fighting to fund the Cascade Road Complete Street project, improving access to parks and recreation, and focusing the City’s attention on High-Injury Network streets concentrated in her district. 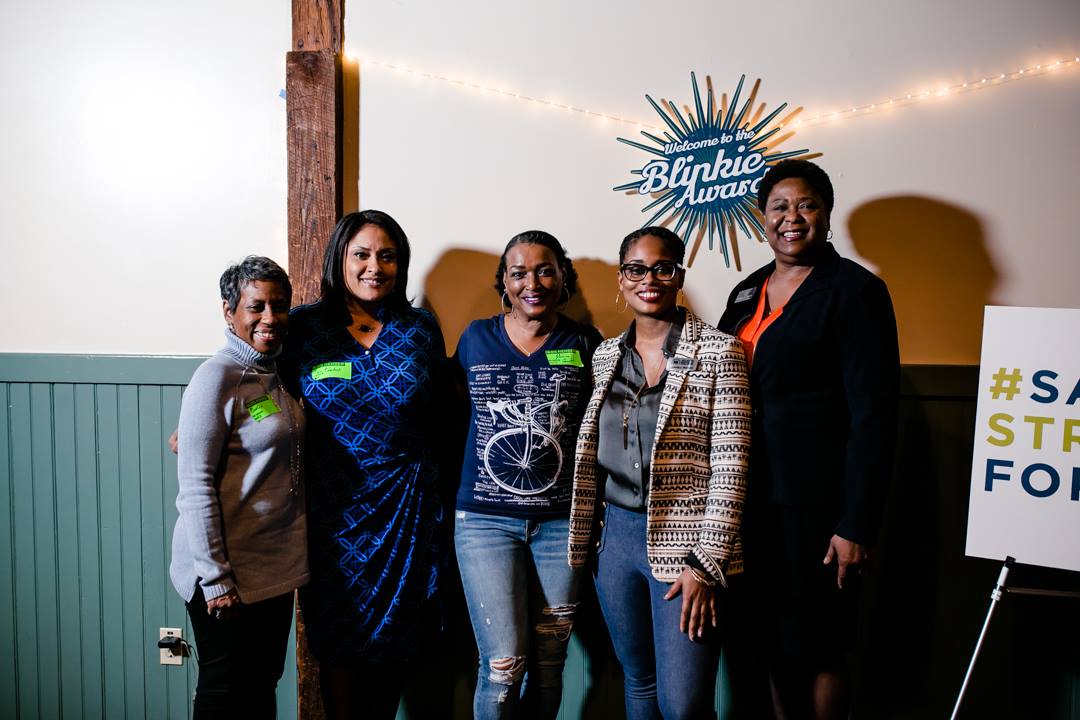 The Unblock the Lane award went to Grant Henry, owner of Sister Louisa's Church of the Living Room and Ping Pong Emporium for his work to protect the Edgewood Avenue bike lane for its intended use - biking. Henry and his staff communicate tirelessly with their delivery companies to ensure they find other places to park during deliveries. Their example is one we want to highlight for other Atlanta businesses desiring to be more welcoming to people on bikes.

The Advocacy Impact award was presented to John Saxton, a former Georgia Tech graduate student, by Elizabeth Hollister of the Upper Westside Atlanta Community Improvement District. John received the award for his research into the High Injury Network. When the Atlanta Bicycle Coalition learned that just 8% of Atlanta’s streets account for 88% of fatal traffic crashes on the “High Injury Network,” it sparked a new phase in our advocacy work for safe streets, renewed interest in Vision Zero, and created the potential to prioritize existing funding to fix the most dangerous streets.

A special group award went to Advocates of the Year Bria Brown, Jack Kast, Nora Ball for founding the Grady (high school) Pedestrian Safety Coalition, or GPSC. These student leaders organized their classmates to advocate for safe streets following the tragic death of fellow Grady student Alexia Hyneman while riding her bike across Monroe Drive in 2016. The GPSC held a Rally 4 Safe Streets a few days following the Blinkies, and Atlanta Bicycle Coalition members in the audience listened spellbound as these high school students outlined their vision for a better tomorrow. 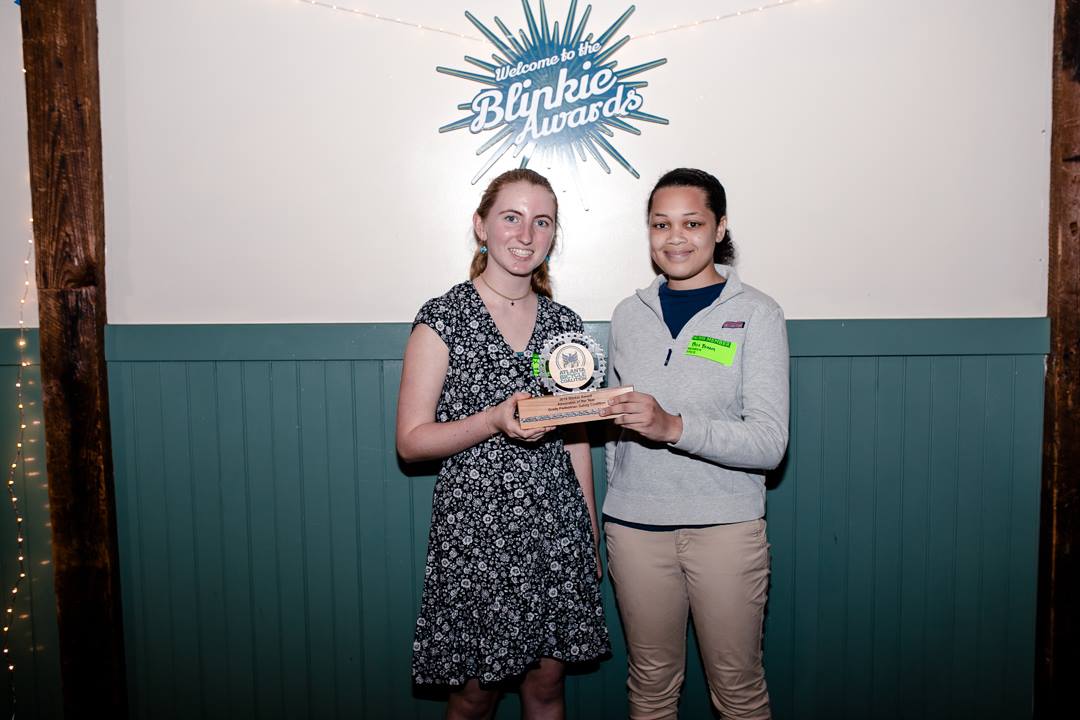 The Cadence Volunteer Award went to Dana Lones for her exceptional volunteerism. Finally, members voted on their Favorite Local Bike Shop, with a close vote returning the title to Atlanta Pro Bikes. 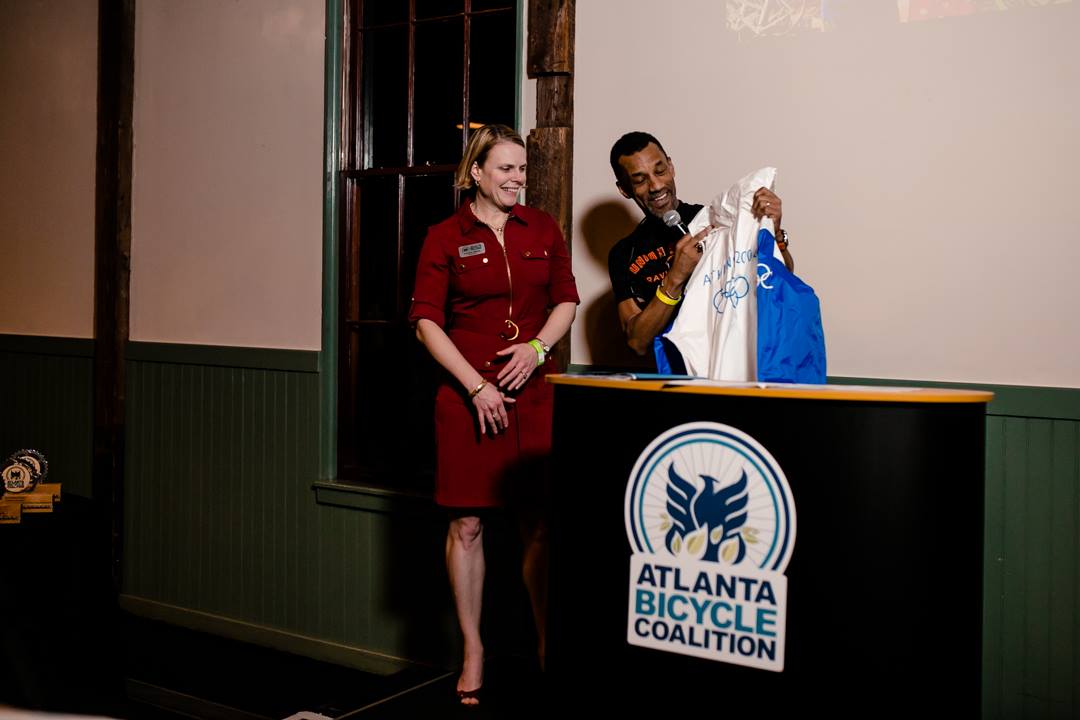 For more, here are the slides we shared and a photo album of the evening.

Fun night at #TrolleyBarn for 2019 @atlantabike Blinkie Awards— recognizing the efforts by my @atlcouncil colleague @MarciOverstreet to make streets safer in Southwest Atlanta, and the advocacy by @APSGradyKnights students for improved pedestrian/bike safety at 10th & Monroe. pic.twitter.com/K5xBaqmgg5

We had a great time at @atlantabike Blinkie Awards last night. Thanks to the ABC staff and board for being awesome hosts! We saw so many friends there - @RelayBikeShare, @SpokesDigital_ , @Aztec_Cycles, @ECGreenway, @TwoWheelValet, and more. Looking forward to 2020!