Why Your ABC Membership Matters 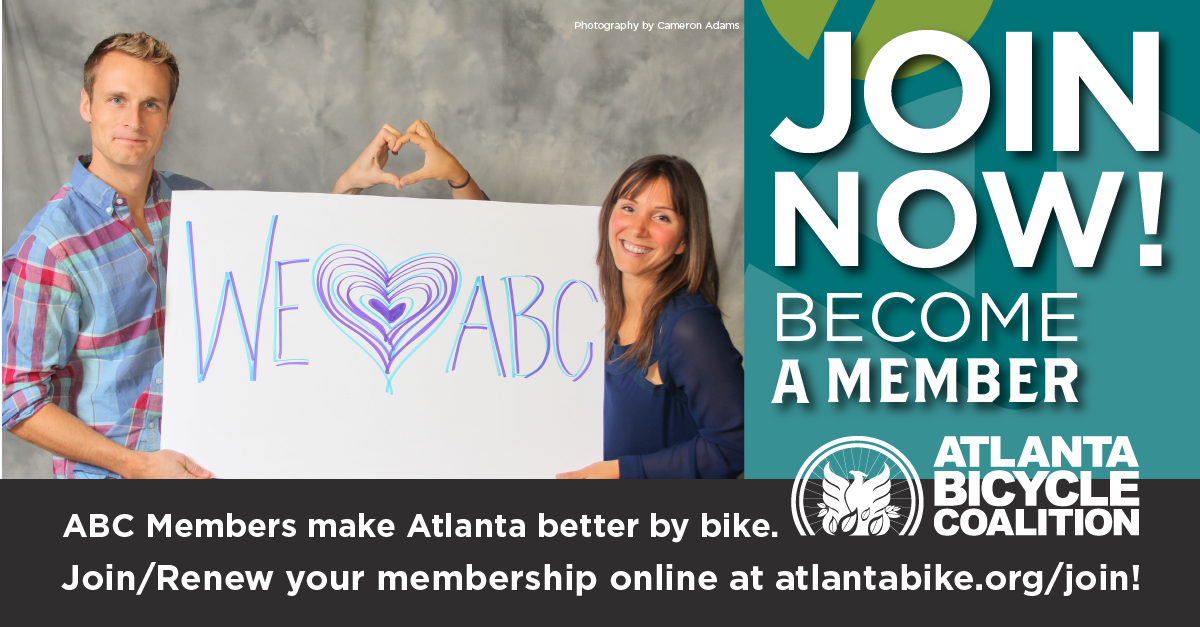 Maybe you’ve seen new bicycle infrastructure pop up around the city in the last five years. You may have heard about Atlanta's first Chief Bicycle Officer. You may have even felt like Atlanta’s become more bike-friendly and a better place to ride your bicycle with friends and family. Heck, your bike commute to work might be a little easier – despite the massive truck blocking the new bike lane!

Who makes this all possible?

When we advocated for the 2015 Renew Atlanta Infrastructure Bond, ABC Members showed up at public meetings and voted for better bikeways! Now 13% of the $250 million infrastructure bond will be allocated to bikeways and Complete Streets – this includes a bikeway on DeKalb Avenue, a major corridor in our Connecting the City Campaign.

When we launched our three year campaign to broker the deal for the City’s first Chief Bicycle Officer, ABC Members gave us the support and funding to persevere and WIN. Yesterday, Becky Katz, a longtime ABC member, spent her first day on the job as the City of Atlanta’s Chief Bicycle Officer!

If you want to make Atlanta better by bike, start by becoming a member of the Atlanta Bicycle Coalition.

If you’re not a member of the Atlanta Bicycle Coalition, now’s the time.

Not only do you support our advocacy efforts, but you get discounts at local bike shops and businesses throughout Atlanta AND you’ll be automatically entered to win cool prizes, between October 15 – 31st!

Winners will be announced throughout the Membership Drive.

The Sociale City Bike will be announced on November 6th.