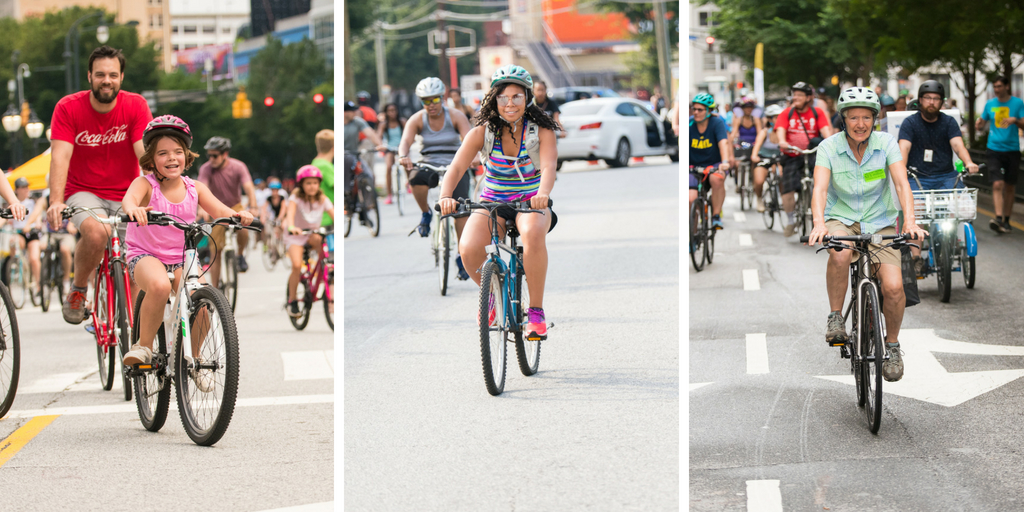 Last Sunday, 134,000 people powered the Westside Atlanta Streets Alive on Howell Mill Road and Marietta Street. At the Westside Atlanta Streets Alive kickoff, we celebrated the Marietta Street Resurfacing Project with Councilmember Dustin Hillis (District 9 - Northwest Atlanta) and Renew Atlanta, the department responsible for the resurfacing project that will add 1.6 miles of bikes lanes to Marietta Street. Councilmember Hillis declared "Westside Bestside!" and the Phoenixes took flight. And what followed was one of our largest open streets activations in Atlanta history. 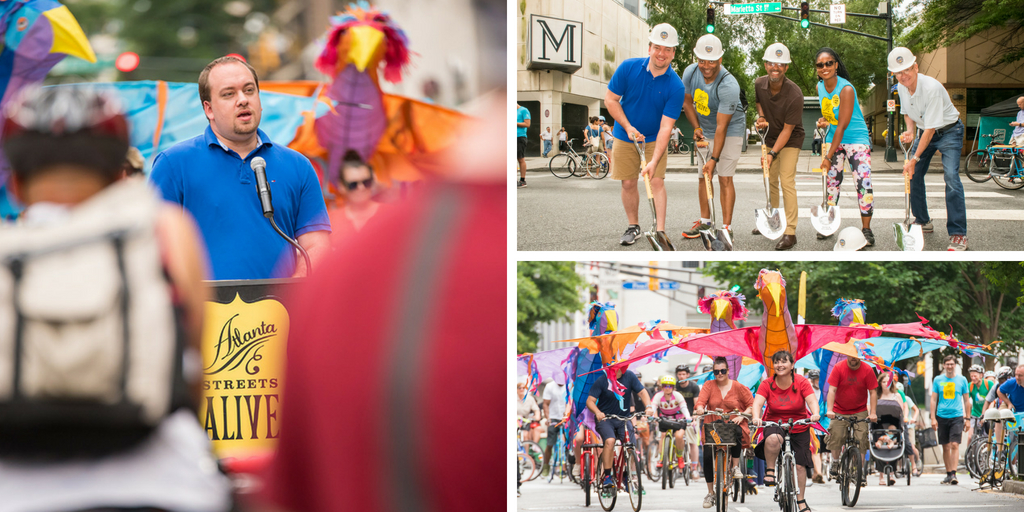 Attendees stopped by ABC tents to talk about the changes coming to Howell Mill Road and Marietta Street. This year, we've made connecting our street campaigns to our Atlanta Streets Alive routes a top priority because it's difficult to the deny the need for safer biking and walking infrastructure when you're swept up in a current of smiling, happy people. 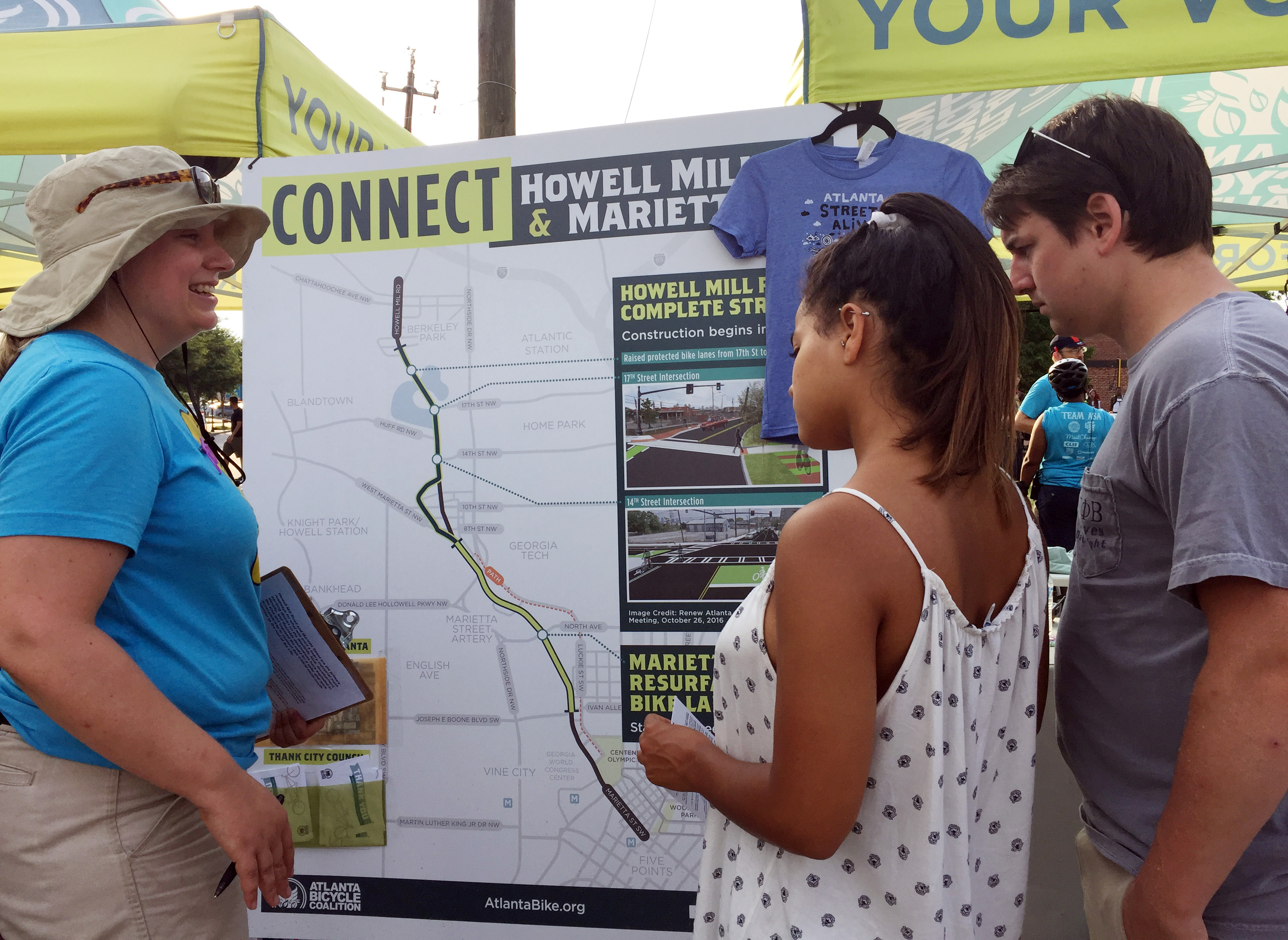 Here's what they had to say: 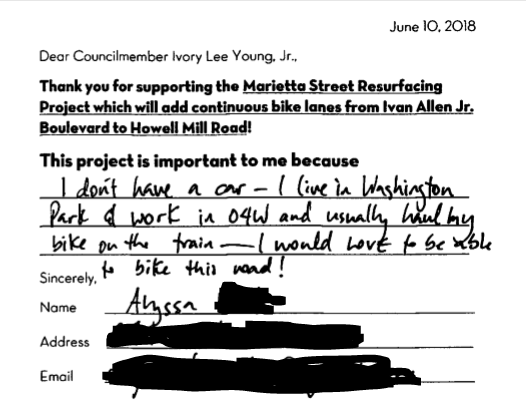 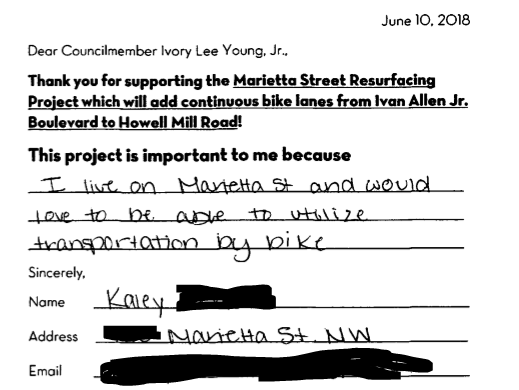 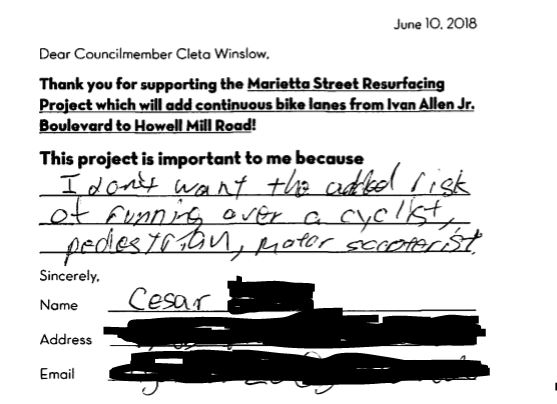 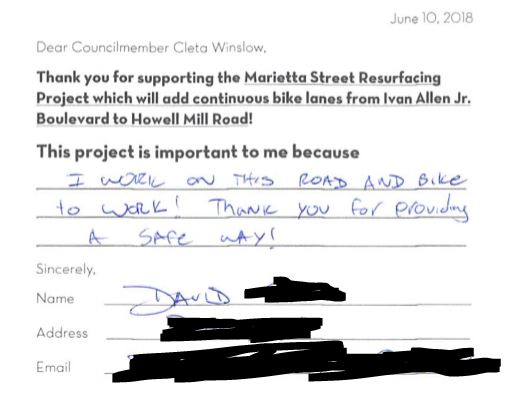 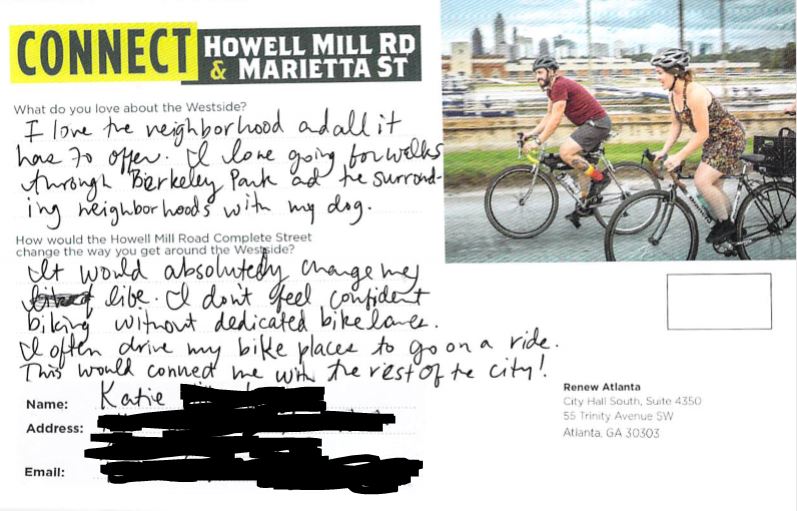 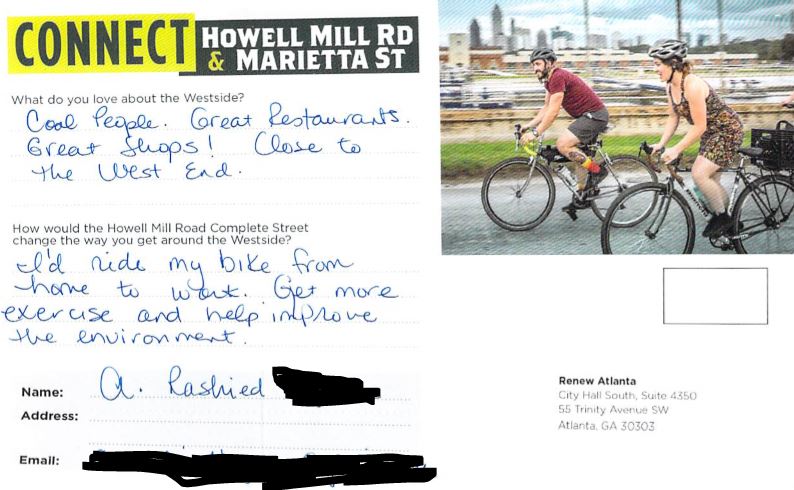 You may have seen people wearing bright green #Budget4Bikes stickers on the route. They're supporting our advocacy goal of adding $2.5 million for bike lane funding in the city's annual budget. While we may not be able to organize an Atlanta Streets Alive every day, we can use the energy and enthusiasm generated at our award-winning open streets initiative to showcase the public demand for better public streets. The funding will help the city set realistic goals for bike network expansion that can be delivered in a single political term. At approximately $100,000 per mile, the city could build 20 miles of bike lanes annually. Along with projects with other funding sources, this would help reach our goal of 200 miles of bikeways by 2021, while also setting aside $500,000 annually for maintenance. 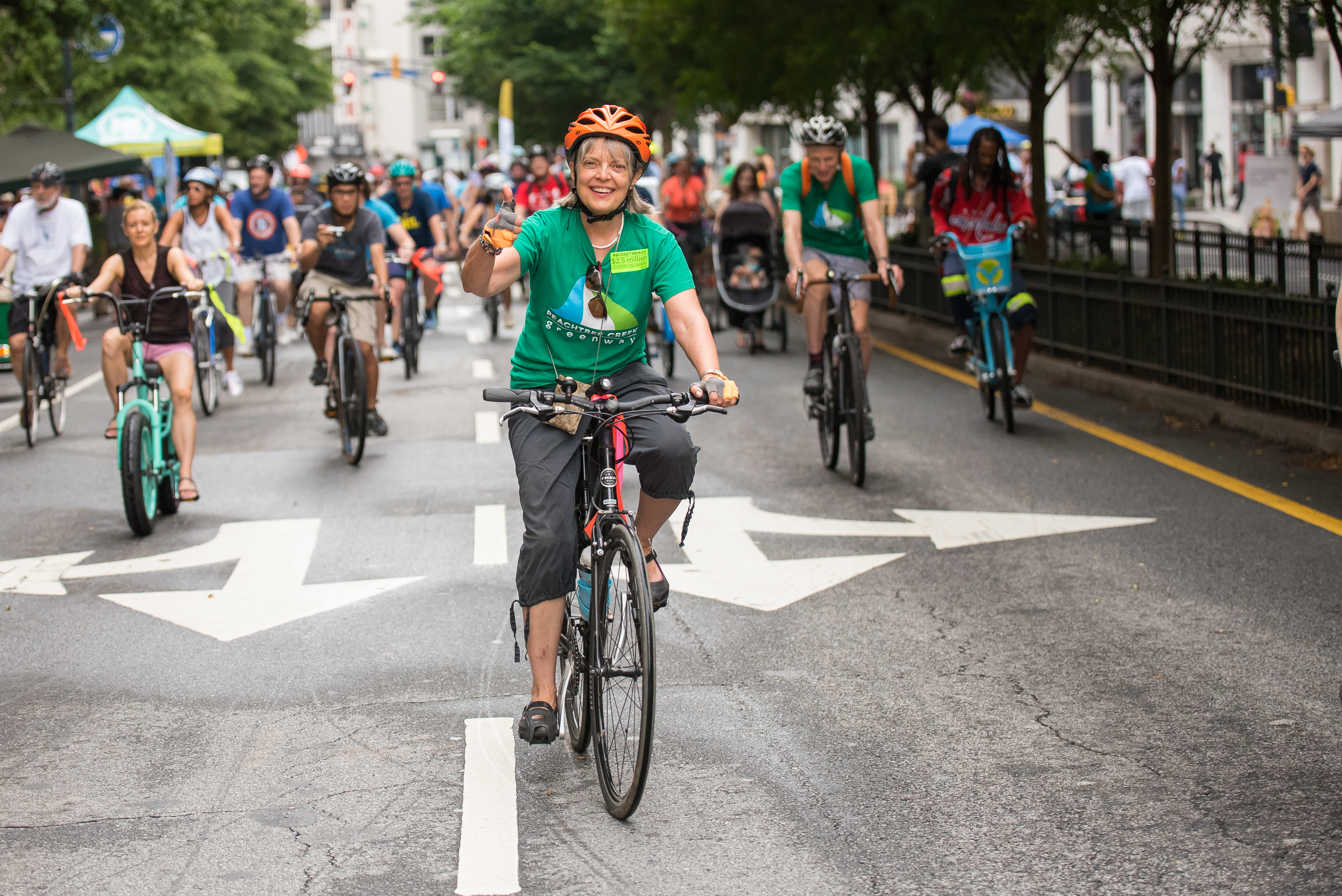 UPDATE: Thank you to all of our members who asked City Council for $2.5 million in funding for bike infrastructure and maintenance in the Fiscal Year 2019 Proposed Budget. While we’re disappointed the funding was not allocated this year, we’re already starting to plan our campaign for next year’s budget cycle. Read more here: ABC's Response to the Fiscal Year 2019 Proposed Budget