Ride Your Bike in the Street for Once (or Rather, 4 Times!) at Atlanta Streets Alive This Year

Have you gotten wind of the four dates for Atlanta Streets Alive this year, the first of which is this upcoming Sunday? Have you perhaps even put the dates on your calendar and thought about finally, finally, getting the wind in your hair out there smack in the middle of the street? But now that the date is almost here, maybe you have a few questions about what to expect, how to get there (especially if it’s in a part of town you don’t know that well), and if it’s good for those of us who consider ourselves bike riders rather than cyclists. 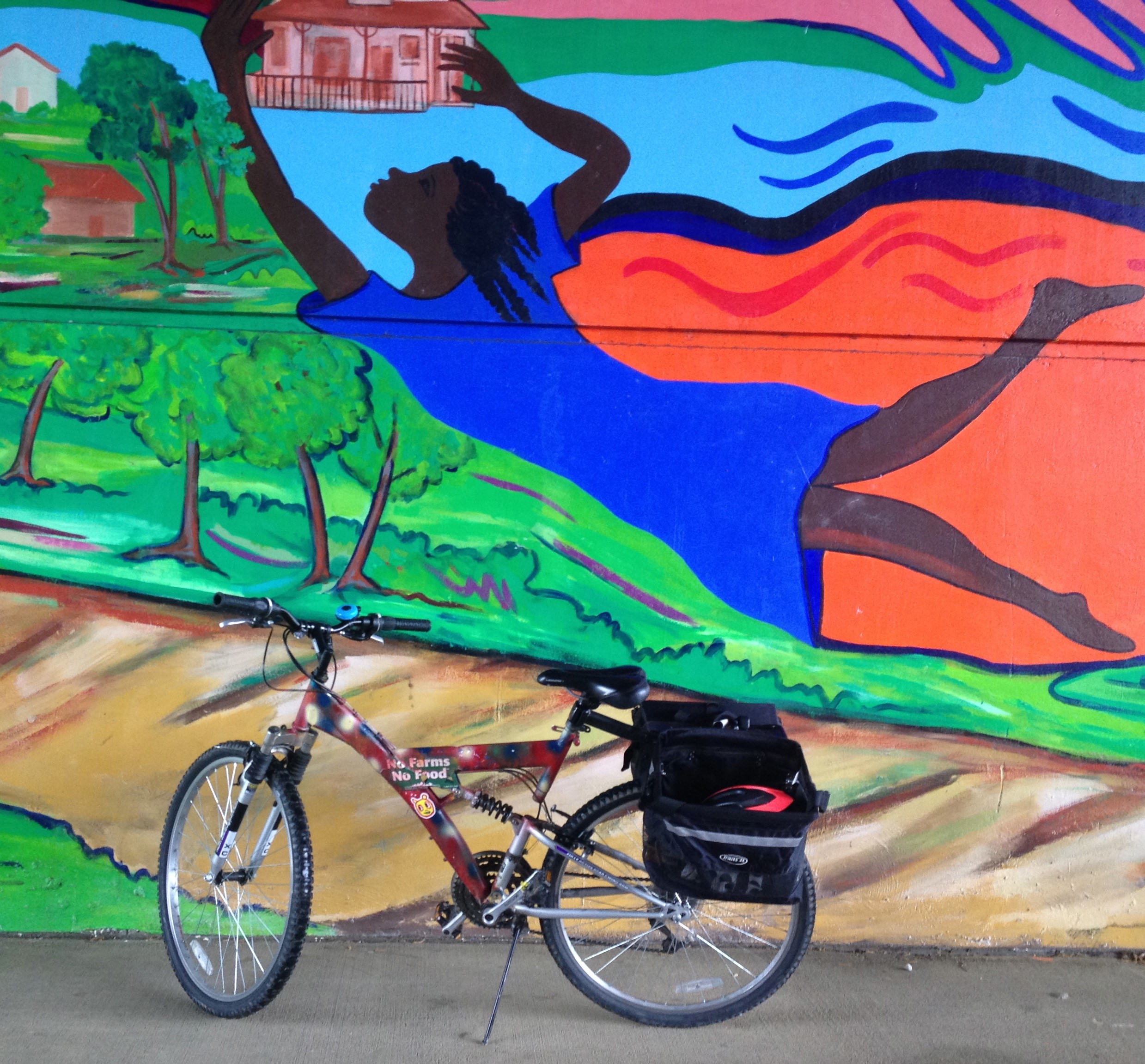 I’ve gone to three Atlanta Streets Alive Events (all on different routes), and I have good news for you. These events are amazing, they are free and welcoming to all, and they provide a fun and safe opportunity to learn your way around parts of our beautiful and diverse city you may not know that well or have never seen up close and personal from the comfort of your bicycle seat (or feet, rollerskates, skateboard, wheelchair, whatever). 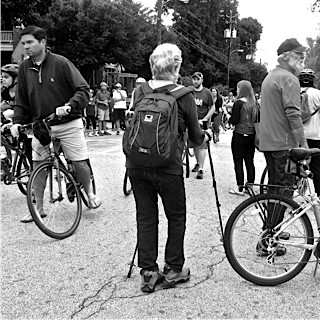 Atlanta Streets Alive is a public event sponsored by the Atlanta Bicycle Coalition to showcase what happens when our public spaces known as streets are safely accessible to those on human-powered transportation (which is a fancy way of saying walkers, bike riders, and others not in motor vehicles). Either one main road or several connecting main roads for a total of three-to-five miles is dedicated to each day’s event, so if you are someone who doesn’t like to ride your bike on the street, this really is the day for you. No cars. None. Zero. Two of the routes this year (the June route, which repeats in October; and the September route) are the same as last year, and the third (this week’s, in fact) takes last year’s Historic West End route and makes it even longer and better by connecting seven distinct neighborhoods. 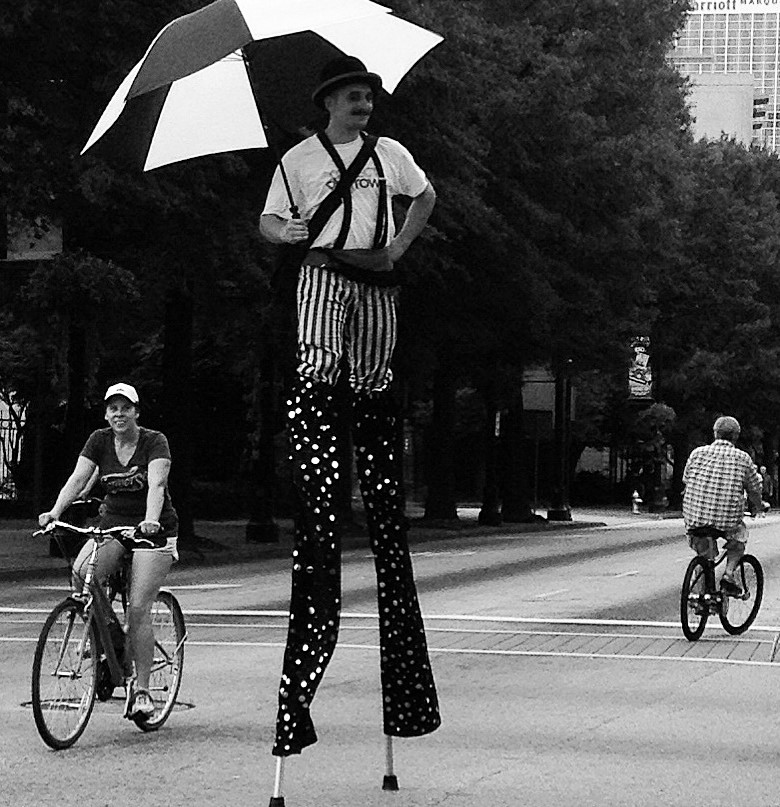 Along the routes, local businesses lay out the welcome wagon with booths, and there are usually fun family-friendly things to do such as creating chalk art, doing yoga, listening to bands or storytelling, chatting with local nonprofits, watching street performers, enjoying a bite to eat, and engaging in good old-fashioned people-watching. 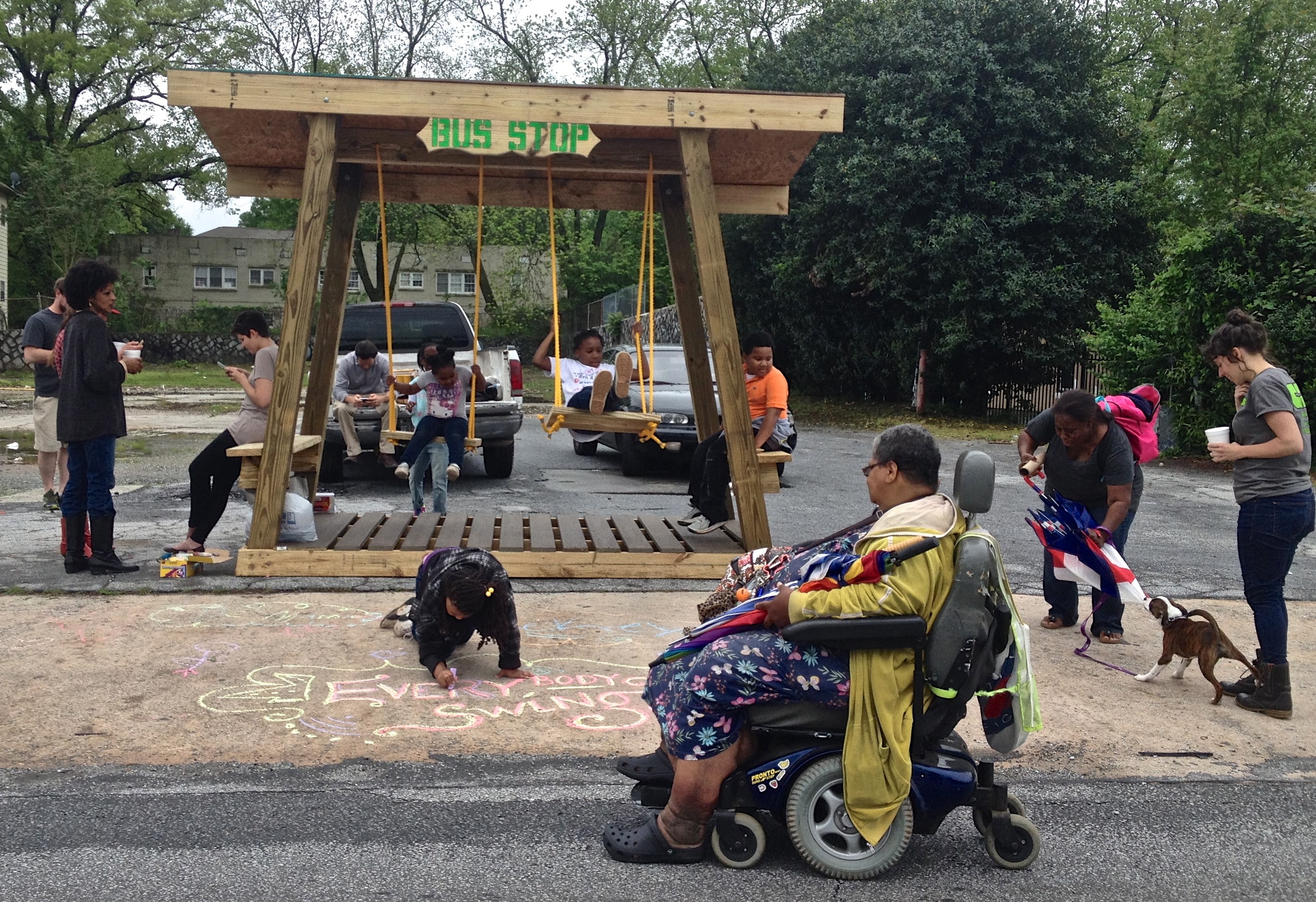 Plus, there are examples of what’s called “tactical urbanism,” which are temporary demonstrations of changes that could possibly work long-term to improve access for all and livability on the street such as protected bike lanes and playful bus stops (such as the one pictured, which was incredibly popular -- see a short video of it in this post titled At Which Bus Stop Would You Prefer to Wait?). So, with all this going on, chances are you’re not going to get pushed to the sidelines by groups of high-speed cyclists zipping by, although there are stretches of road where the crowd thins and you can ride steadily and enjoyably at your own pace as if you own the road (because you actually do).

Some Basic Ups and Downs

Atlanta is hilly. That’s a fact. If you or your bike have trouble with hills, you can still participate in any of the events. However, the flattest route is the June one (which gets repeated in October), and, in all honestly, you will be shocked how easy and fast it is to ride from the High Museum all the way downtown on a bike. 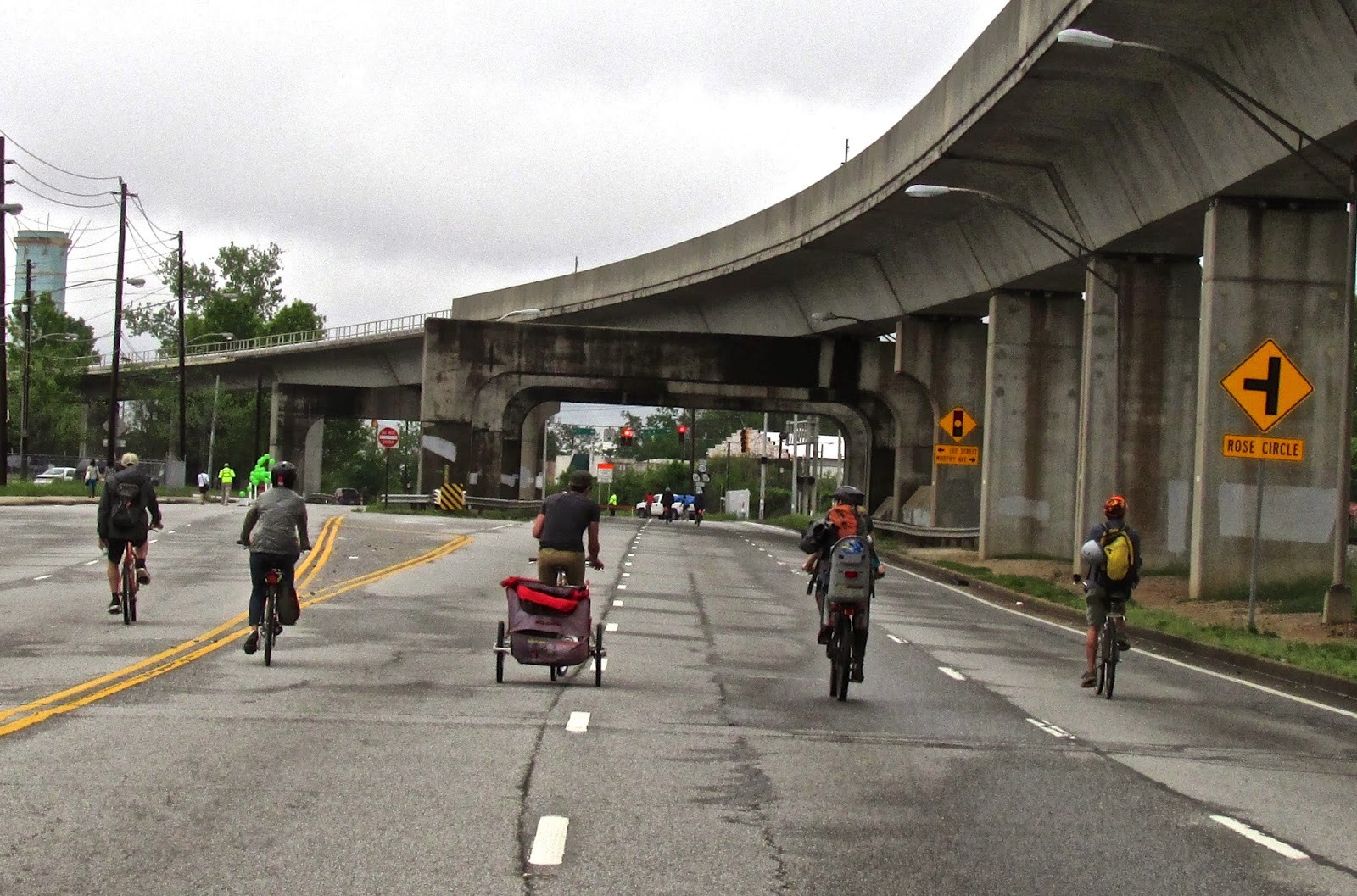 The April route (which includes a paved part of the Atlanta BeltLine) last year was pretty moderate to ride, too (and, my goodness, as you zip along Lee Street, it’s not hard to imagine what’s possible on similar-looking DeKalb Avenue on the east side as well), although this year it’s longer and I haven’t ridden the route yet. 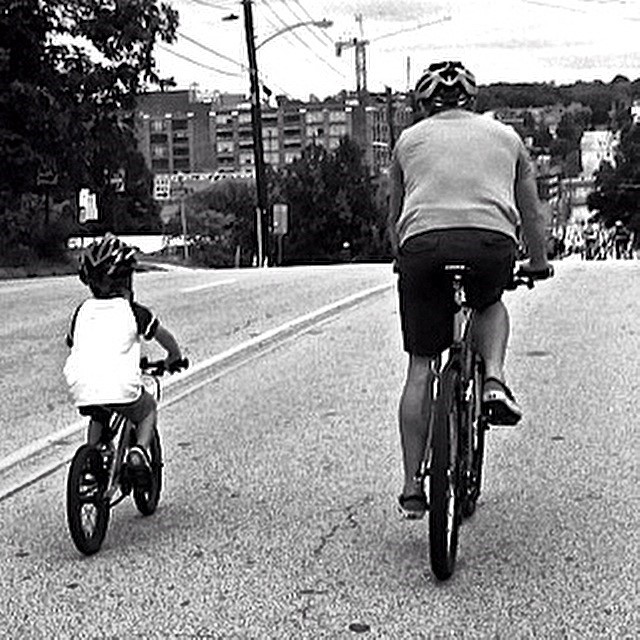 For the September route, I’m not gonna lie to you -- there’s an uphill on North Avenue that’s a doozy but it doesn’t need to do you in (pictured is the downhill, but take a peek in the distance). You can choose to just stay on the North Highland part of the route, where a lot of the action is concentrated (skipping Boulevard and North, although then you won’t get to ride by Ponce City Market), or you can do what I saw many people do (including parents with kids, and, um, well, me) and walk your bike at that one rough spot. It’s no big deal.

How to Bring Your Bike on the Bus or Train

The best way to arrive, of course, is without a car, but that doesn’t mean you need to be hyper-local to enjoy these events. If you don’t already know, you can bring your bike on both buses and trains. I come from right outside the Perimeter, and I left the car at home each time. I walked to a nearby bus stop and then took the bus to the train station. The train took me directly to two of the events, so that couldn’t have been easier. I got off at the West End stop for the April event (which was literally right there when I exited the station) and the Arts Center stop for the October event (and then walked one block over). Getting to the September event was a little trickier. I took the train to the Midtown stop, rode my bike down the cycle track on 10th, and then made a few turns and rode on the street through Virginia Highland. Not ideal, but not bad.

To take your bike on the bus, squeeze the bar on the bike carrier on the front of the bus to release the carrier, and then lower it. Lift and place your bike in the slot (there are two so you can bring two bikes if the slots are not currently occupied by other bikes) so that your front wheel is facing the direction of the wheel brace . . .  oh, wait, this is starting to sound way more complicated than it is. Here’s a 30-second video that shows you how, or just ask the nice driver if he or she will show you. It’s easy, and you’ll find yourself excitedly teaching other people next time.

As for the train, enter through the wide fare gates and take the elevator to the platform. Once on the train, stand with your bike on the end of the train car where there’s a space for wheelchairs and luggage. Take the elevator when you arrive at your stop and exit the way you entered.

Show Up Early for Parade

For all four events, showing up early means you’ll have a chance to decorate your bike and either participate in or watch the bike parade, led by the colorful and enthusiastic founder of the Atlanta BeltLine’s Lantern parade, Chantelle Rytter. Next week’s kick-off parade starts at the Atlanta Zoo and participants are encouraged to dress up as zoo animals. (The closest train station to this location is the King Memorial stop, which is about a ten-minute bike ride away. You can also get off at the West End station and catch the parade as it goes by there.)

See exact routes and more about Atlanta Streets Alive’s four 2016 events here. I hope to see you out there throughout the year. I’ll be the one on the polka dot bike with the little blue bell and the streamers, happily riding in the middle of the street.