Why I support the city's re-org of Planning & Community Development 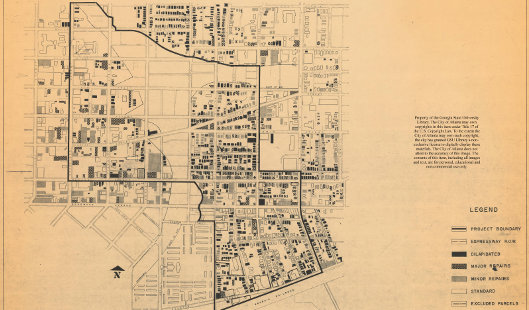 Office of Neighborhoods? Transportation planning with a focus on transit? A Main Street program for the city of Atlanta? Design studios that go to where the people are? This is no planning utopia, but elements of a bold plan introduced by Commissioner Tim Keane to reorganize The City of Atlanta Department of Planning and Community Development.

I'm a big fan of this plan because I believe it will expand the city's capacity to take a bigger leadership role in designing the city for all. Specific to biking, neighborhood level planning, transit, and main streets that recognize the increasing role of high quality bike lanes that support local businesses all have great potential.

Read more after the jump, and find out how you can support this progressive move.

Great summary sent by a friend:

"The City of Atlanta Department of Planning and Community Development under the direction of Commissioner Tim Keane has developed a strategy for the re-organization and expansion of the Department.  Commissioner Keane has presented this proposal to Atlanta City Council as part of the FY2017 budget process.  See the attached PDF excerpt from the full city budget proposal for details regarding the proposal including an organizational chart.  Key points of the plan include:

The adoption of this proposal and the budget is not a slam dunk.  Your help is needed to tell City Council that you support the proposal for a new and improved Department of Planning and Community Development.

What you can do:

There's a Council Work Session Wednesday, June 8th at 10:00 a.m. at Atlanta City Hall. You can attend, or just send an email to Atlanta City Council supporting the budget proposal. Here are the email addresses you need to reach city council:

Then share this with your friends and neighbors and ask them to lift their voices too!

Here are just a few reasons why you might support the proposal, but please include your own.