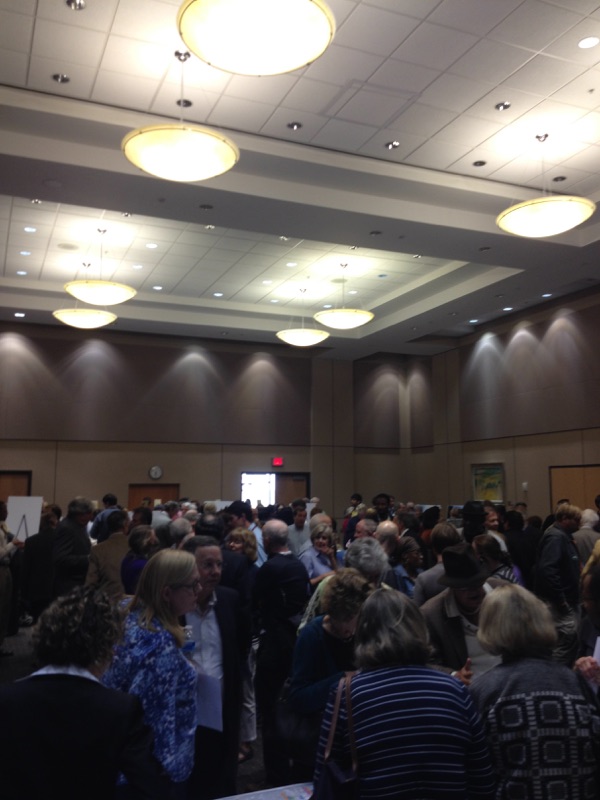 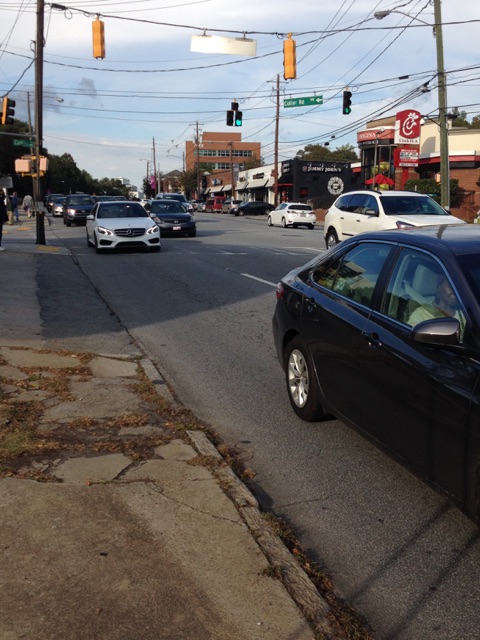 After months of negative media attention on the GDOT Peachtree Road project that would add a combine two lanes to make a center turn lane and add bike lanes with the remaining space, both sides of the issue were represented at last night's heavily attended GDOT Peachtree Road meeting at the Shepherd Center.

Our wins for the night:

What we are asking for:

What people are saying about the project:

"Adding bike lanes also serves the interest of car drivers. As cycling increases on Peachtree, riders will increasingly need to protect themselves from traffic by "taking the lane" and occupying a full traffic lane for their passage. This is perfectly legal, and it serves to make roads safe. But it is also inefficient: a cyclist doesn't need a 10-foot lane; only 5 feet are needed. If dedicated bike lanes were added to Peachtree, it would free up space for automobiles."-Hans K.

"Small investments in infrastructure go a long way towards increasing quality of life for cyclists, pedestrians and, interestingly, motorists too. There’s no doubt that when people are comfortable riding bicycles on the street in facilities like Bike lanes, they come out to enjoy the freedom that riding provides. That increased ridership reduces the number of cars on the road, something that Buckhead residents would appreciate I’m sure. Having a Bike lane also gets bicycles out of the flow of cars, which is not just safer, but is another huge benefit to smooth driving. It’s a win-win."-Bruce H.

Check out video testimonials from individuals at the meeting on our Instagram page.

If you didn't make it to the meeting, please e-mail your comments to [email protected] by November 9th  November 16 (deadline extended).

Media Roundup from the Meeting