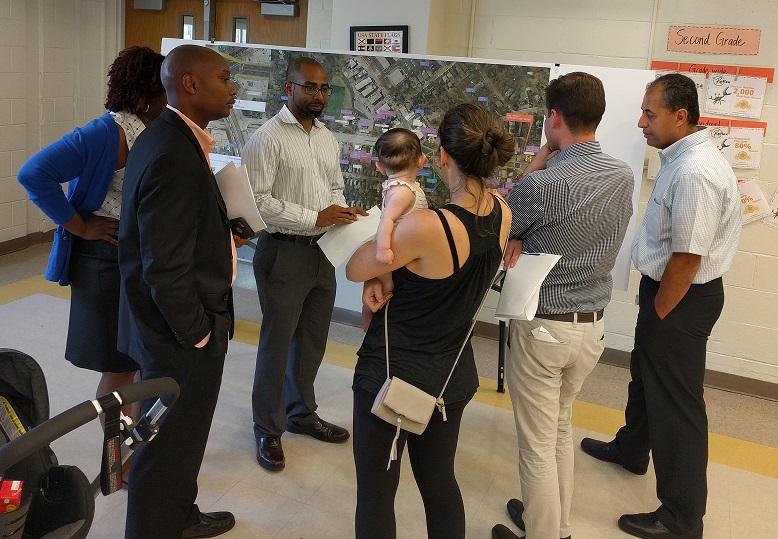 Last week the Georgia Department of Transportation (GDOT) held an open house about a project that would add raised bike lanes and safer crossing to a key segment of Moreland Ave in Little Five Points!

In case you missed it, you can still weigh by email - send a public comment by Wednesday, June 19th. Here's more info about the project, how to share your comments with GDOT, and some suggestions on what to say. 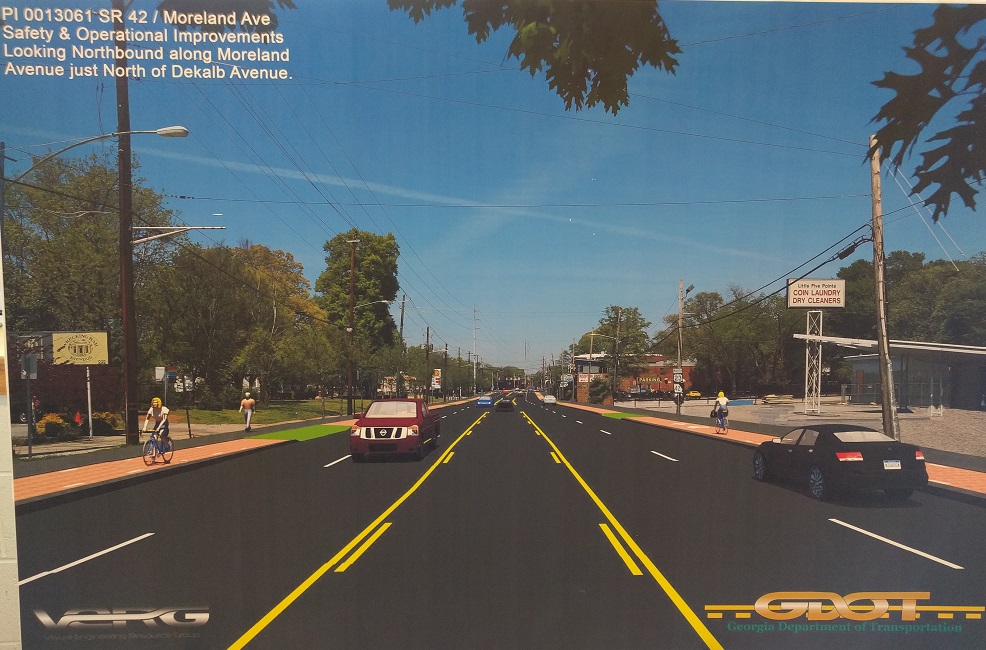 We are excited to see this good and necessary project making progress. It's been in the works for several years, sparked in part by a tragic - and fatal - bike crash in which a person entering Moreland on a bike was killed several years ago. High speeds, heavy truck traffic, narrow sidewalks, no bike lanes, and many, many driveways contributed to dangerous conditions throughout this corridor. Fortunately, neighborhood advocates and safety personnel at GDOT agreed on the need for changes.

While this project won't fix all of Moreland, it will make this especially hazardous part safer. And while this is a short segment, it's a key connection for the bike network, connecting DeKalb Avenue (which could get its own high quality bikeway) to Little Five Points, a popular destination, as well as to the BeltLine via the Freedom Trail path.

We do think a few tweaks to the design could make the project - already good - even better.

Here's what we told GDOT - feel free to include this in your comment supporting the project:

To comment, email [email protected] by June 19. Please make sure to include in your comments that you support project SR 42/Moreland Avenue from DeKalb Avenue to Mansfield Avenue. 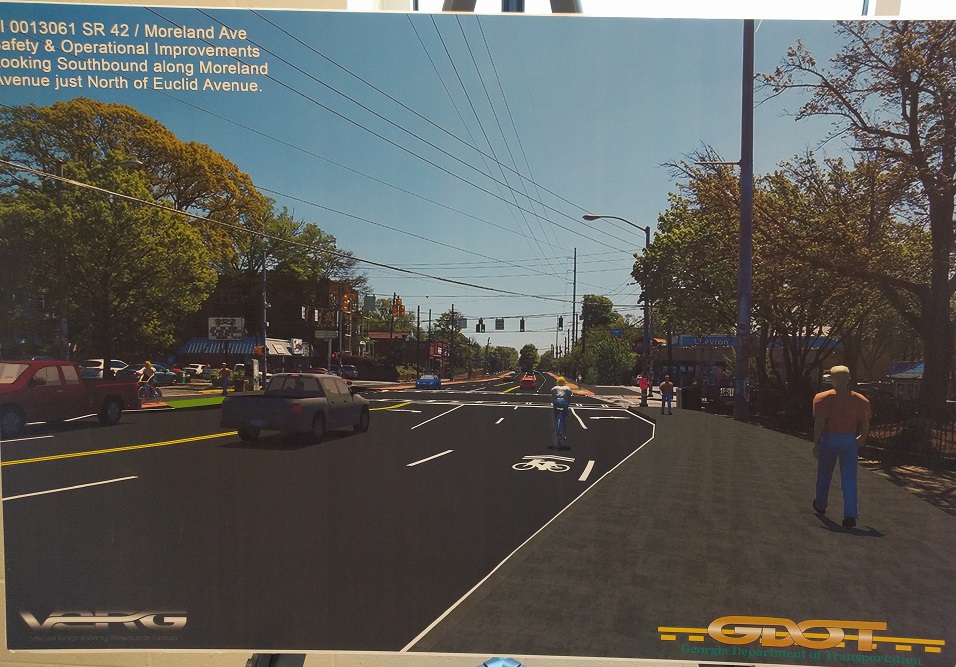