In March, Atlanta voters approved a $250 million infrastructure bond that would repair roads, fix bridges, and add bike lanes and complete streets projects throughout Atlanta. Voters approved a draft project list, and Councilmembers will discuss (and potentially vote on) that list today. 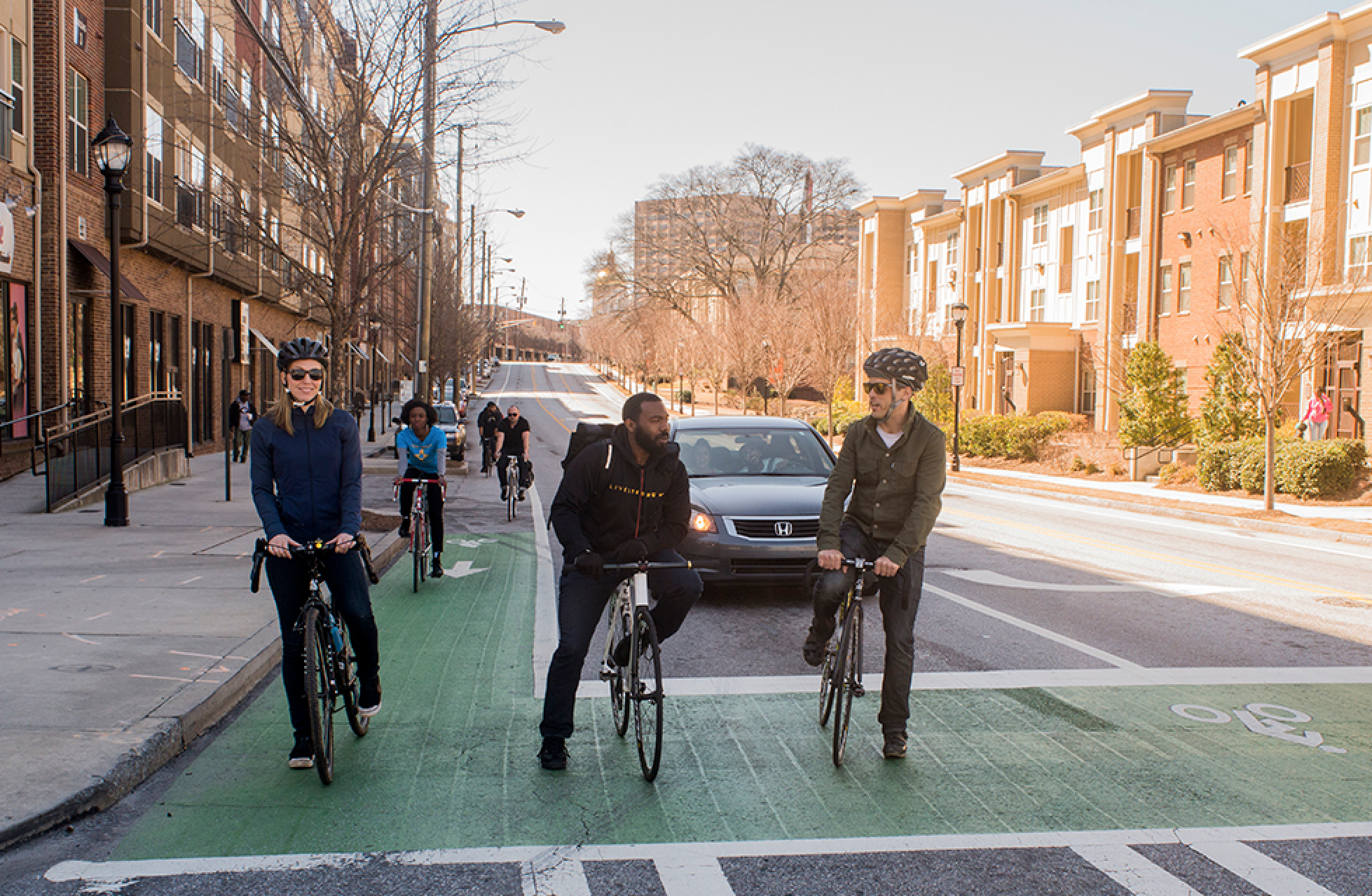 In fact, we're at City Hall right now to make a final call for Complete Streets and to ask that more detailed project descriptions be included in the legislation, so we can keep advocating for those projects.

As the City finalizes the transportation infrastructure list, we're asking that the following projects be completed:

1. Incomplete projects from the “High Priority Bicycle Projects” of 2013 approved by City Council with $2.47 million but currently seeking gap funding. 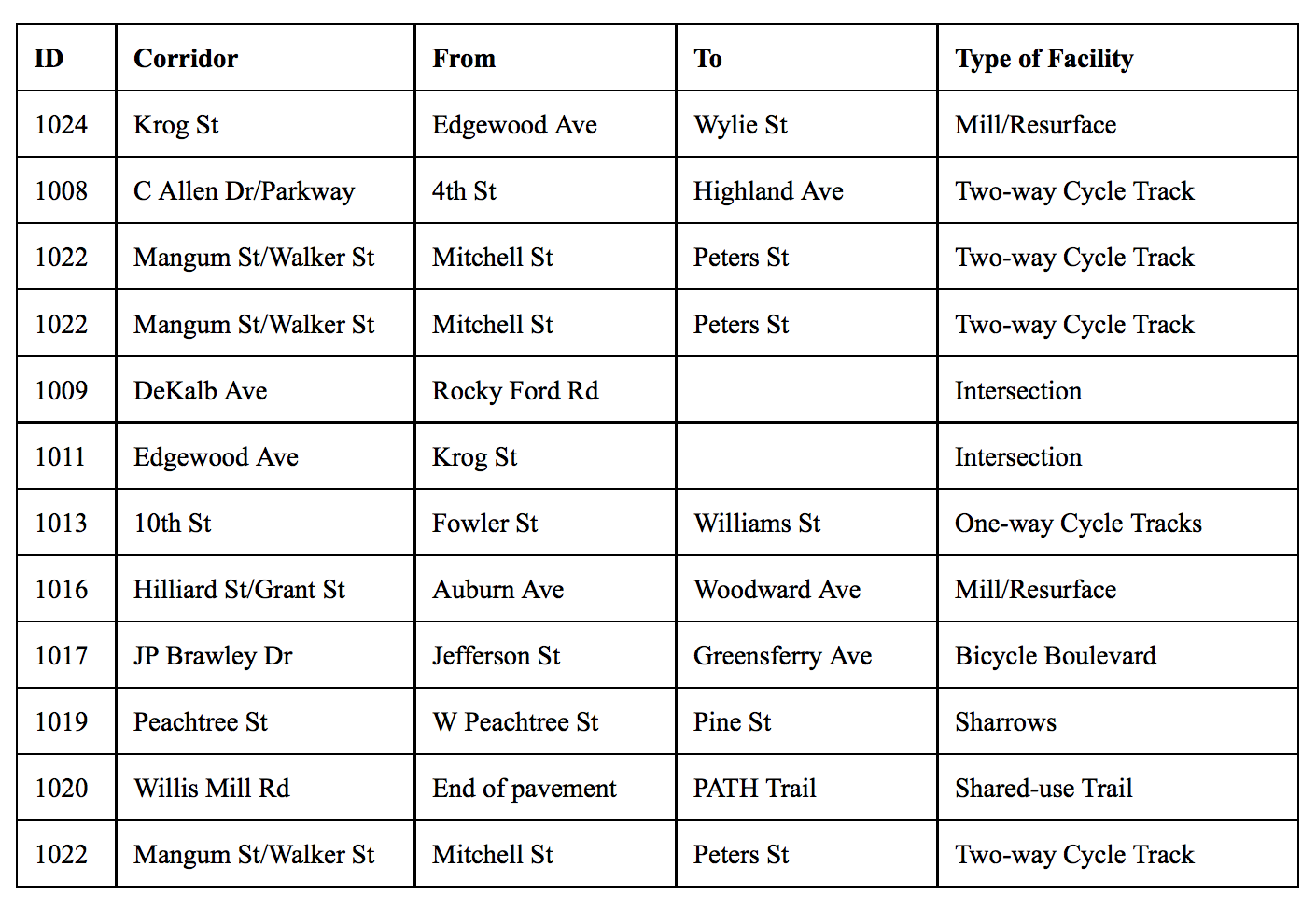 2. Streets listed for resurfacing that are bike connections in the Connect Atlanta Plan adopted by council in 2008 (see detailed list). Bike lanes should be added to these streets or replaced during resurfacing in accordance with Atlanta city code Sec. 150-65.

There are many streets on the finalized project list that are going to get resurfaced (including Auburn and Edgewood), which is great news! Let's get bike lanes on these streets while we're at it to make them safe for everyone.

Contact your Councilmember to make sure bike lanes are included on the soon-to-be resurfaced streets, especially those that overlap with Connect Atlanta, the city's comprehensive transportation plan.

Also, watch Councilmembers discuss (and potentially vote) on the project list on Channel 26 online today, May 4, starting at 1 p.m. Keep checking back for updates. We'll be keeping you in the loop of what's going on!

p.s. Please donate or become a member to keep the momentum going on important efforts, such as the Infrastructure Bond.
Photo by Sharif Hassan
infrastructure bond
Do you like this post?
Tweet