The Rebuild Atlanta Infrastructure Bond passes with over 85 percent of ballots cast in the March 17 Special Election.

It is encouraging to see our members and  Atlanta voters come together to support a future of better infrastructure in Atlanta.

Here's what this means for people who bike in Atlanta: $32.5 million allocated to bike lanes, Complete Streets, and ADA-compliant sidewalks. 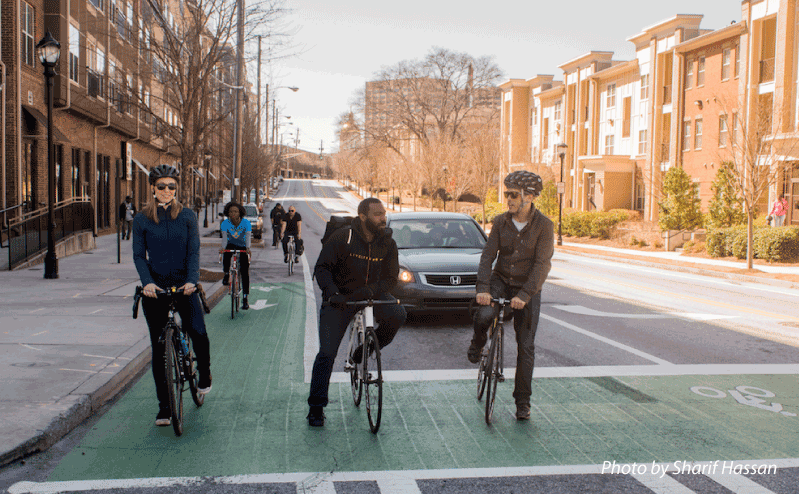 ABC members have been actively involved in this process, and many are excited about the opportunities the bond creates.

"I voted yes because as dedicated bike commuter, anything I could do to help move along something that is good for people who bike Atlanta, I could definitely get behind." -Rachel B.

"It was important for me to support any effort big or small to improve infrastructure in Atlanta. I really want to see anything to fix the streets here. We need all the help we can get."-Emma G.

But our job isn't finished yet.

As you may have heard, the project list has not been finalized.

We need you to contact your council member about funding important projects not already on the list (including the gap in bike lanes on DeKalb Avenue and Lee Street.)

"Ninety percent of the projects are fixed," Mayor Reed said Monday. "So the last ten percent really relates to Council districts and our ability to listen to folks at home."

The Atlanta Bicycle Coalition has developed a strong relationship with the City over the years, and we'll be working closely with the Infrastructure Bond Technical Advisory Committee to make sure the finalized project list includes projects that benefit everyone in Atlanta, especially those on foot or on bike.