Could these bills make our roads safer? 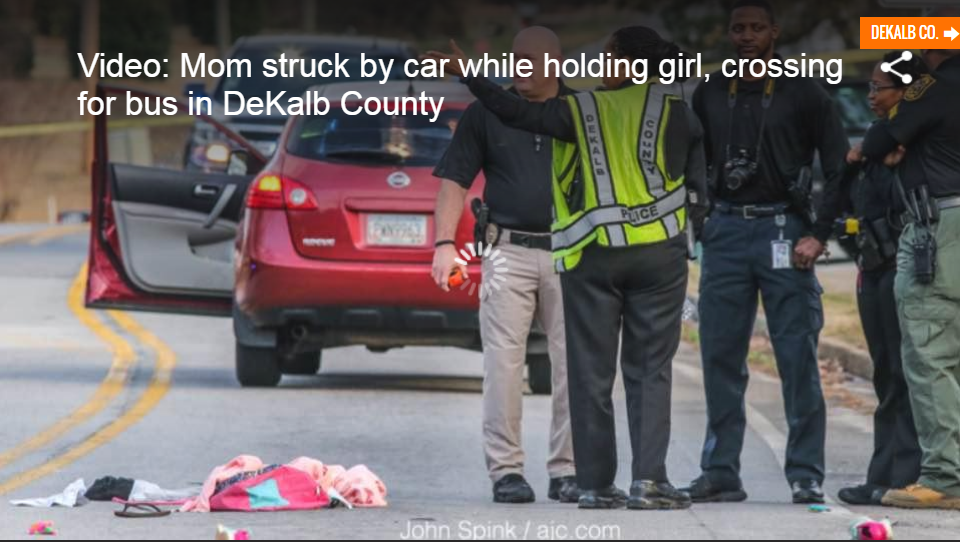 You may have already heard about Atlanta Transit Linc, the new regional transit agency Governor Deal signed into law this session. But here are three bills you may not have heard about - and that just might make our streets safer.

We believe people should not die or be seriously injured when they are just trying to get somewhere. This concept, sometimes referred to as "Vision Zero," has widespread support. With fatal car and pedestrian crashes on the rise in Georgia, we've been closely following state legislation through Georgia Bikes that could make Georgia's roads safer - for everyone.

Not sure who represents you at the state Capitol? Find your legislator and thank them for supporting safer streets.

The one we're most passionate about is HB 978, which would allow speed cameras *in school zones.* This measure could prevent speeding by aggressive drivers, like the one who hit and killed school crossing guard and grandmother Edna Umeh in a school zone, as children looked on, horrified. We believe automated speed enforcement because our Vision Zero research indicated it is a safer and more equitable way to enforce traffic laws than traffic stops.

When a driver leaves the scene of a crash, they put the life of their victim at even greater risk by delaying getting medical attention and preventing accountability. We believe the law should allow drivers involved in hit and runs to be charged with a felony, and HB 765 would allow just that. A recent change to the bill capped the penalty at 1-5 years and requires the crime is committed knowingly. We will work with Georgia Bikes on the next steps on this amendment.

We've all seen it. The car in front of you can't seem to stay in the lane, and when you are close enough to see them, they still can't see you. Their device is taking more of their attention than the act of driving, and fatal and serious crashes increasing seems to be the result. HB 673 is basically a hands-free bill.

We're on the fence on this one because the data doesn't clearly show safety benefits from hands-free legislation. Even when used with voice-activated apps or devices, smartphones are highly distracting. AAA traffic safety research has found that some hands-free activities, such as voice-to-text, are even more distracting than holding a phone to your ear. Given those results, we would support a ban on cell phone use while driving, but that's not up for debate right now.

We are also concerned that this bill could open the door for racial profiling, which we strongly oppose. As the consequences of this law play out on our roads, Georgia Bikes and Atlanta Bicycle Coalition will continue to fight to add funding for driver education, and require and fund an annual report on how the law is being enforced, to evaluate equity and look for ways to improve the law in the future.