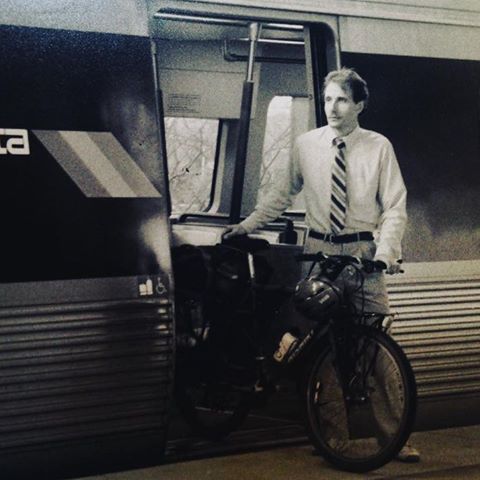 Dennis Hoffarth, a co-founder, President, and Executive Director of the then-Atlanta Bicycle Campaign, passed last Friday from complications from a brain tumor. He was instrumental to a number of environmental groups, including Southface Energy Institute. Read more for a few of his many contributions to the cause of better biking in Atlanta.

Among so many other accomplishments, Dennis was instrumental in:

Dennis was the city's face of bicycling, going to countless public hearings (by bike), as well as managing day-to-day operations, and making sure ABC had an excellent newsletter.  ABC’s first office was in Dennis's home on Flora Avenue.  It’s impossible to imagine where we would be without his years of patient service.

His friends and colleagues in many forums will celebrate his life and work at a special event onJuly 30 at 3 pm (with a reception to follow) at Southface, 241 Pine Street NE, Atlanta 30308.  Please enter at the south entrance.  Bicycle parking will be available and car parking adjacent to the building.  Southface is also a few blocks east of MARTA Civic Center Station.