After just months of construction, downtown Atlanta has a new Courtland Street bridge.

Looking at the bridge today, you'll see wider sidewalks and a safer crossing at Gilmer, but otherwise, the bridge looks much the same -- surprising to many given increasing calls for safe streets for people downtown, including tens of thousands of students.

But the finishing touches are still to come. We will continue to advocate for the bridge, which cuts a wide swath through the heart of Georgia State University, to be oriented towards people first. Read more for the background on this project and what we've tried to do to improve it.

In 2016, the Georgia Department of Transportation (GDOT) scheduled the Courtland Street bridge for replacement. The Courtland bridge, along with many other Atlanta bridges got a failing rating over a decade ago so it was pretty unsafe.

Georgia State officials asked GDOT to do more for people walking and biking, and to delay the start of construction by a few months to better fit the school's schedule. GDOT turned down these requests and said the condition (which had been lingering for years) was too dire for further delay, and too many other bridges needed to be rebuilt by, oh, say January 2019. So timing was an issue and things happened quickly. Here's the 2016 public meeting notice (those with good memories might recall we asked you to send emails and attend): 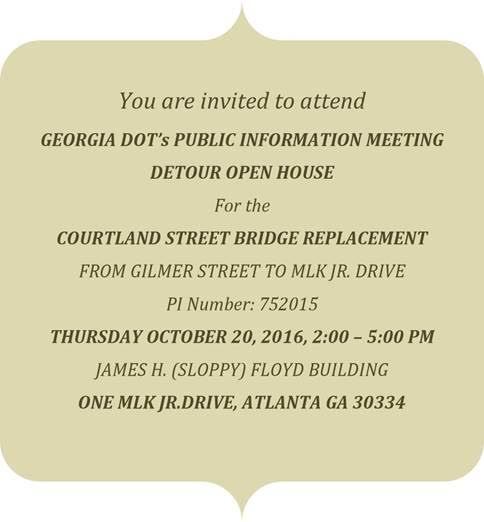 Because GDOT's complete streets policy, while helpful, is guidance only, the only recourse was to federal rules about bridges. So we turned to the experts at the Southern Environmental Law Center (SELC) to write a letter pushing the issue. Here is the letter from SELC to GDOT, GDOT's response, and the City of Atlanta's response to that. 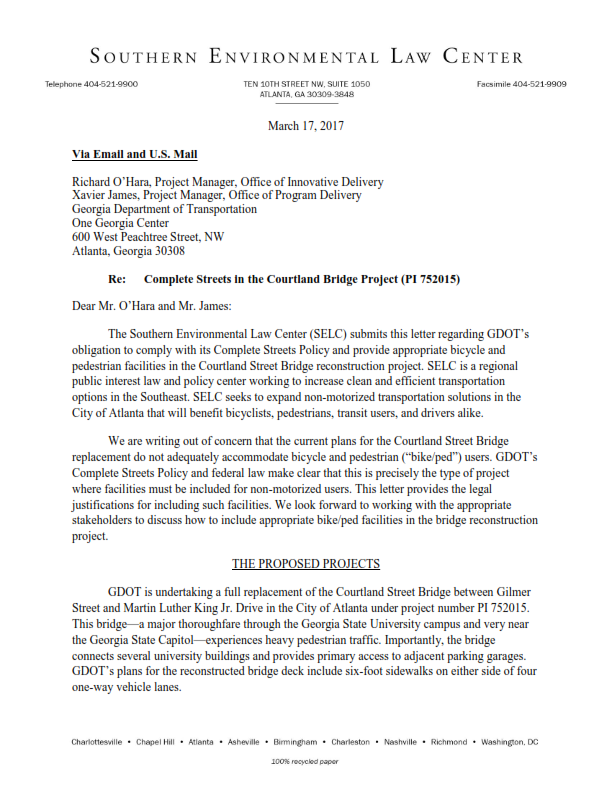 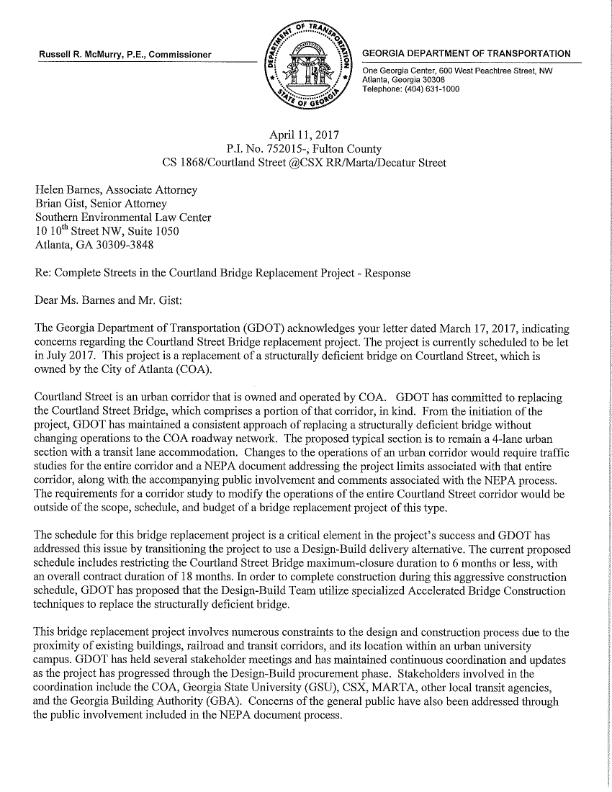 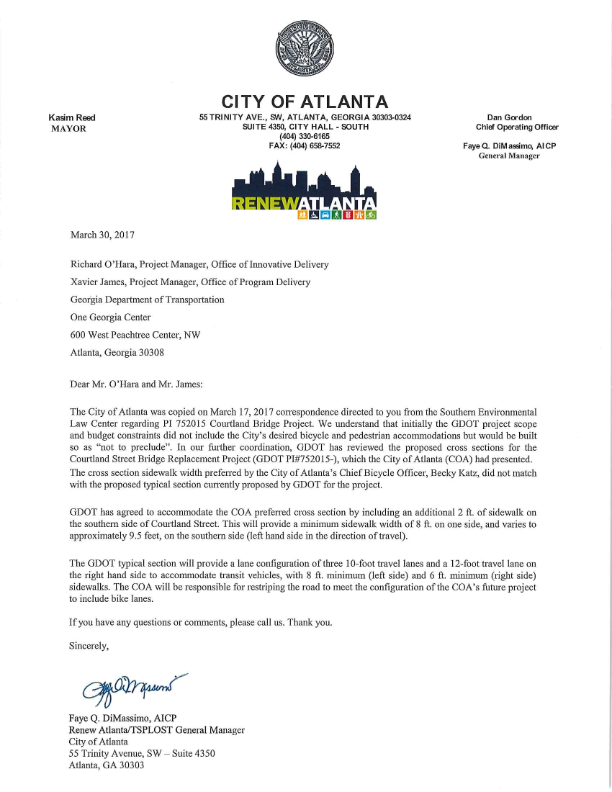 After this series of communications, things were quiet for a bit, then we learned the City included "two–way protected bicycle lanes" on Courtland Street as part of a bid package of Cycle Atlanta projects.

Bids are under evaluation, we're checking in regularly, and we hope to see a construction timeline from the City soon.