Clips Hits It Out Of The Park

New Belgium’s Clips Beer and Film Tour partnered with the Atlanta Bicycle Coalition, and returned to Atlanta on Friday, October 14, to the enjoyment of many ATLiens. The free event offered inspirational short films, small-batch brews and food for sale, and lit up the night with custom marquee signs and on-screen delights. 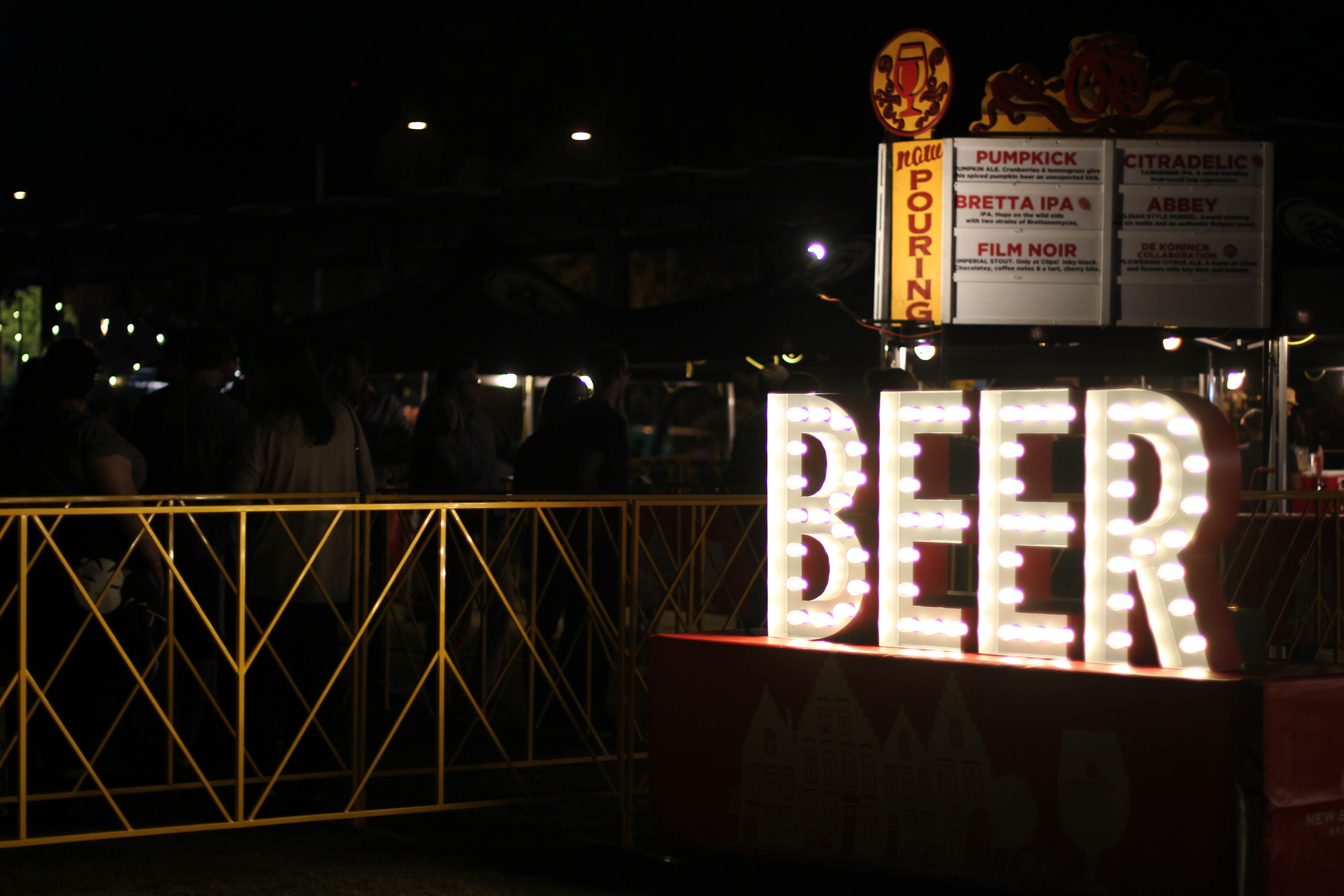 This year’s Clips event coincided with The Mobile Social who rode from Woodruff Park. The night ended with many of those riders at the Old Fourth Ward Skate Park, where they spread blankets on the lawn and indulged in a peaceful Friday evening.

Charlotte Cloyd biked her first Mobile Social route that evening with Eric Huibregtse, who frequently joins the monthly ride. “We just saw the equipment being set up [for Clips],” Cloyd said. From there, curiosity took over and they headed over to enjoy the festivities.

Atlanta Bicycle Coalition bike racks, as well as the event’s location—just past Ponce City Market on the Beltline—encouraged residents to bike or walk. The brewing company takes great pride in “promoting environmental stewardship, and diverted a significant amount of waste from landfills,” according to their website event page. 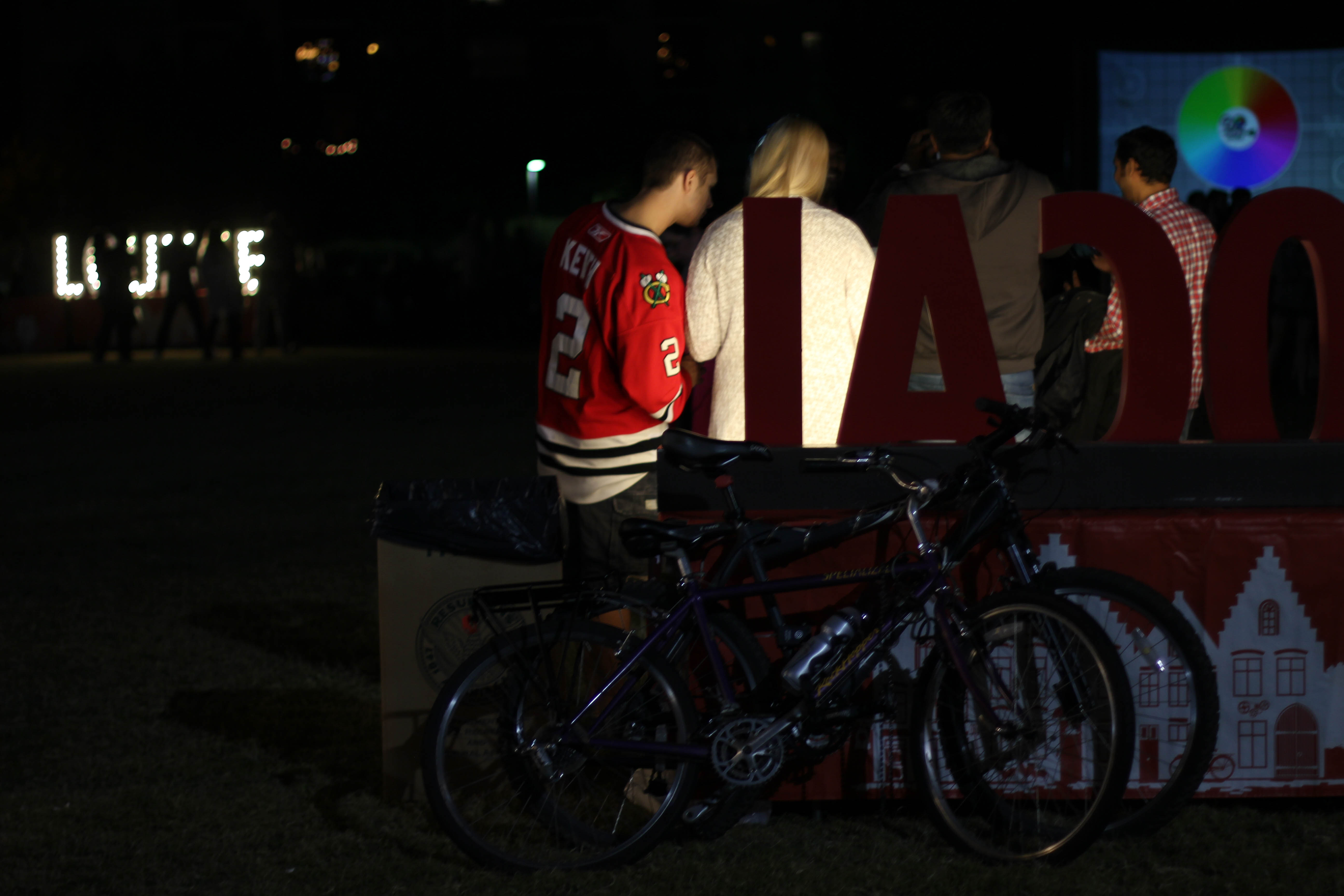 Proving the Tour’s power as a community event, even people who didn’t bike were drawn to the carnival-like atmosphere and diverse craft brews. Amber McCollum and Joshua Torrez attended the event for a relaxing date night. “I just flew in from Chicago, and he surprised me with the event,” McCollum said. The couple came prepared with jackets, and Torrez held a blanket, as they headed to stand in line to purchase one of New Belgium’s 20 drafts and settle in for the evening. 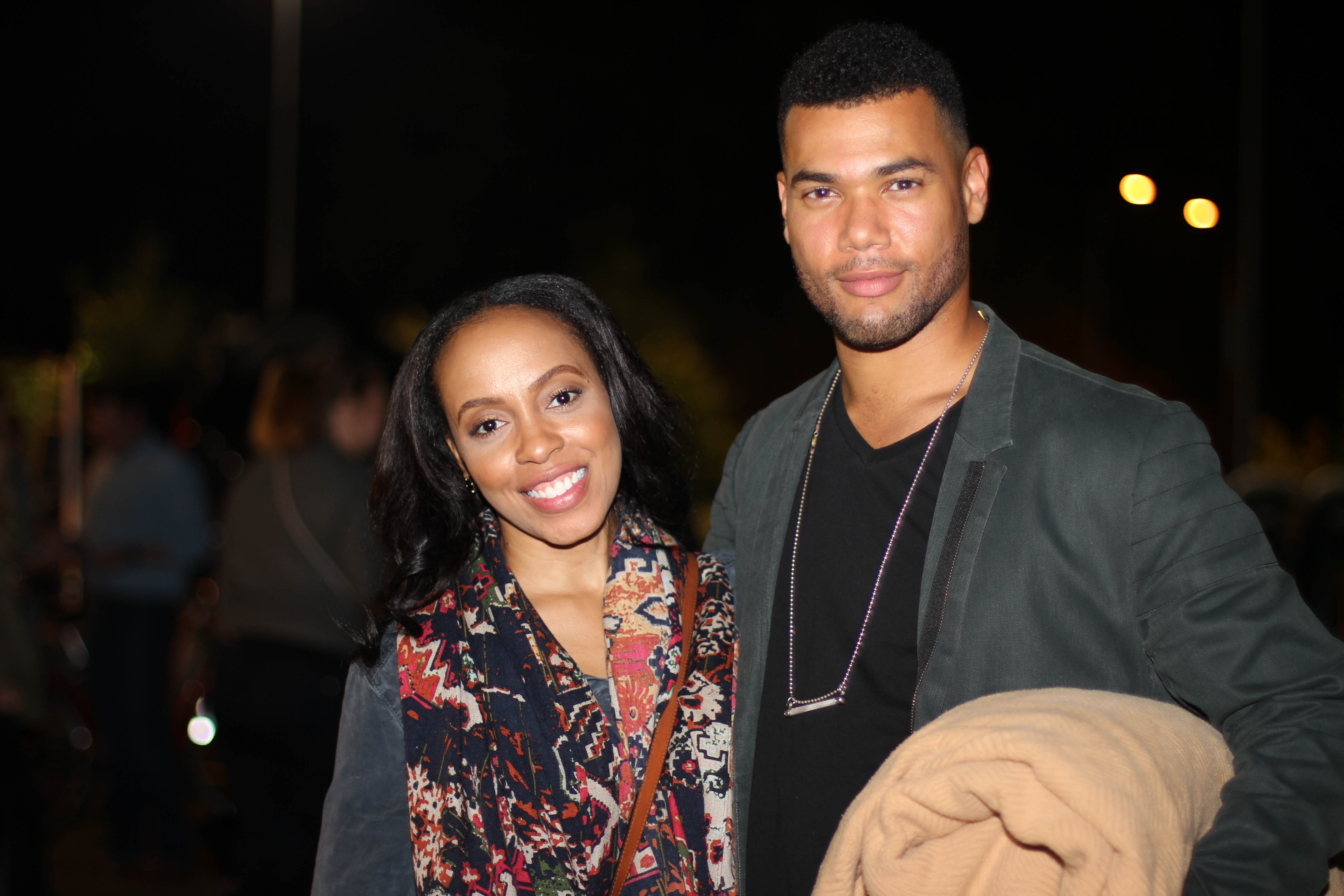 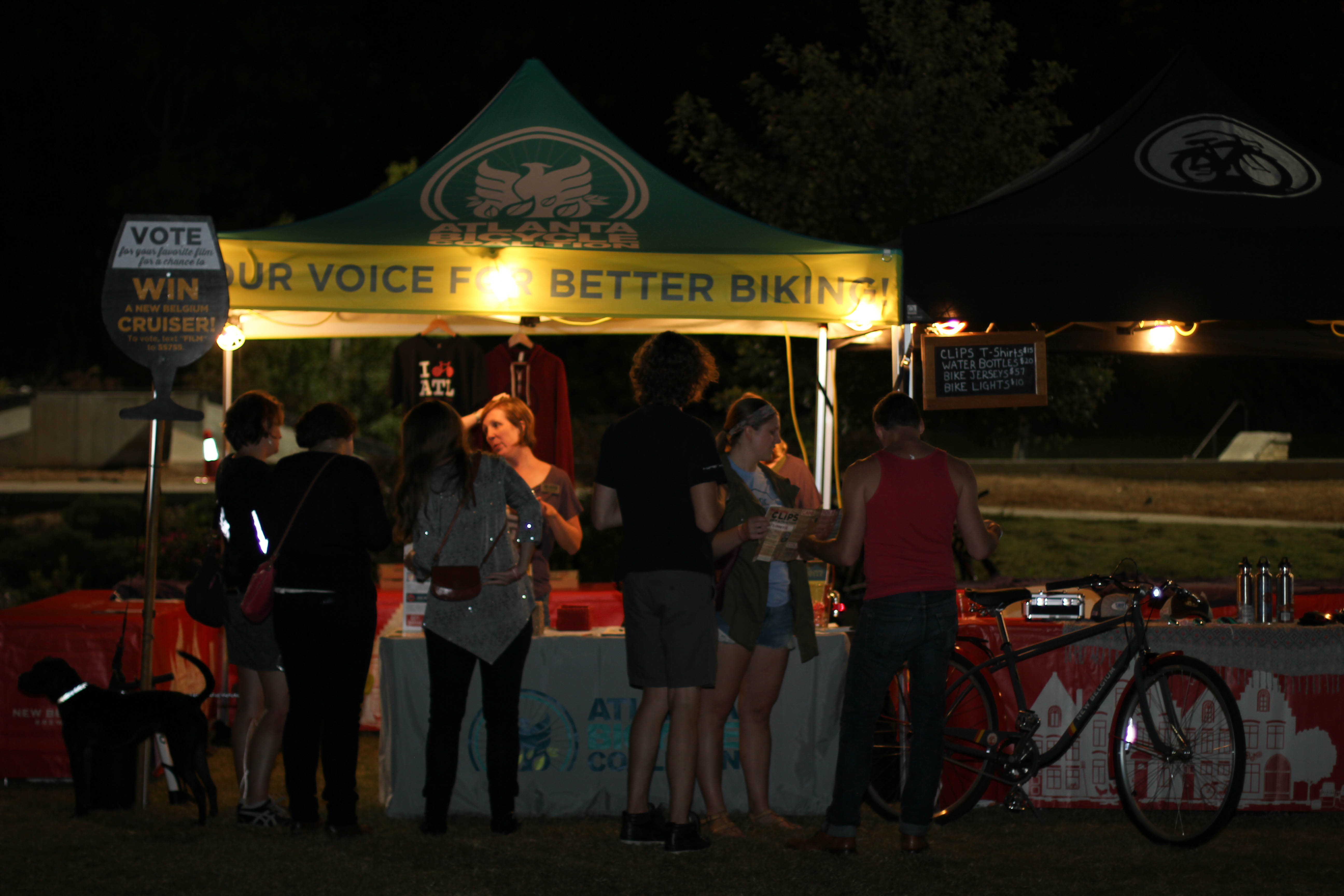 ABC is “providing community for people in our shoes,” said Robin Clayton, an Atlanta resident who is an active member of ABC. “Atlanta’s not the safest place to bike, but it’s getting better.” Clayton is an avid cyclist who met her friend Valerie Joers—also in attendance at the event—on a bike ride two years ago. They were enjoying the event with Lauren Hardin, who was still holding her bike from the Mobile Social ride. 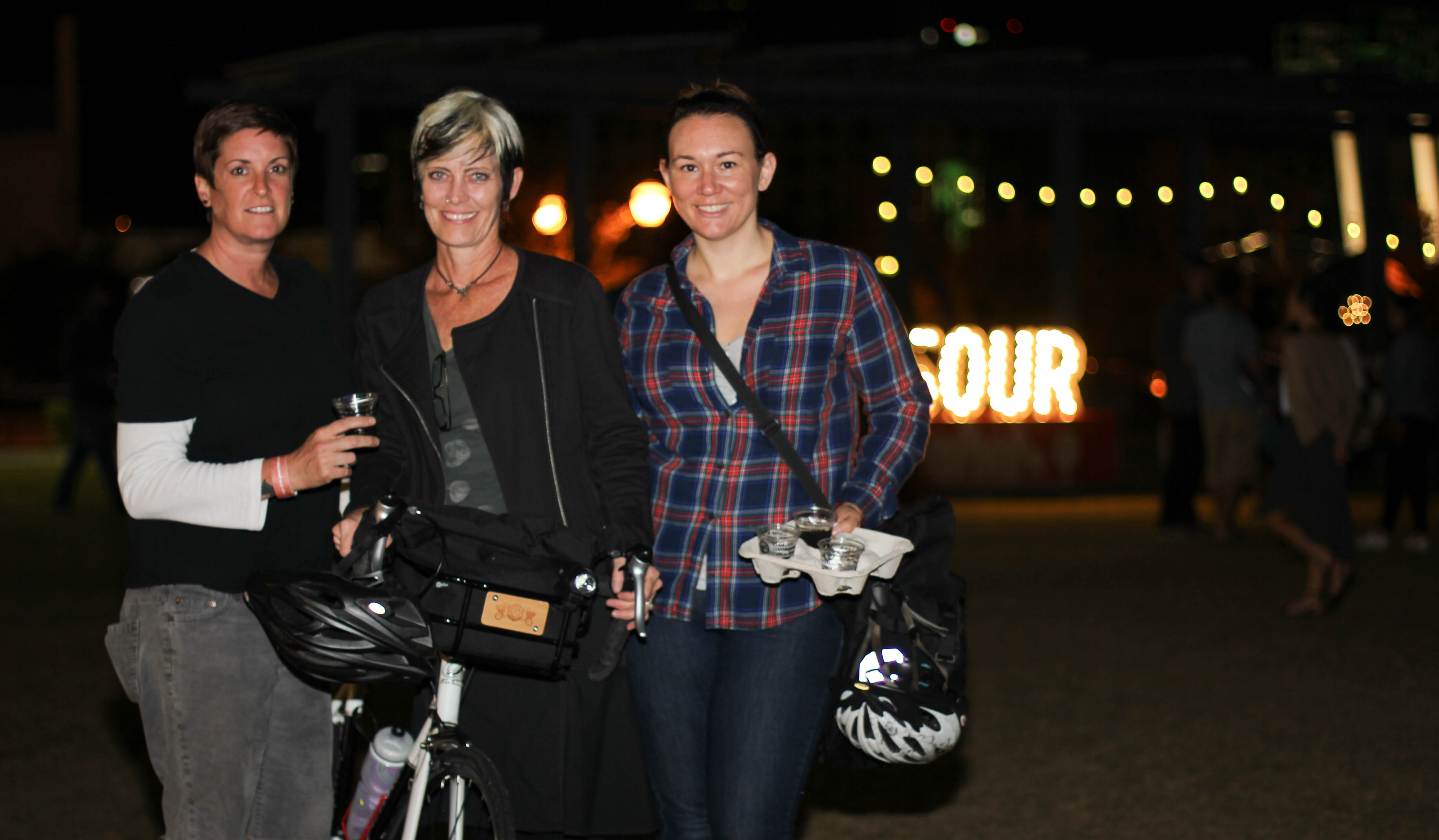 2016 also marks the 25th anniversary of New Belgium Brewing, and to celebrate its founding in 1991, the brewing company requested that the independent filmmakers draw inspiration from that year when shooting their shorts.

The Clips Beer and Film Tour, now in its seventh year, visited 15 cities this fall. All of the proceeds from beer sales go directly to local nonprofits in each city—in this case, Atlanta Bicycle Coalition, and they raised over $11,000! Not bad for a night of biking, brews and films. 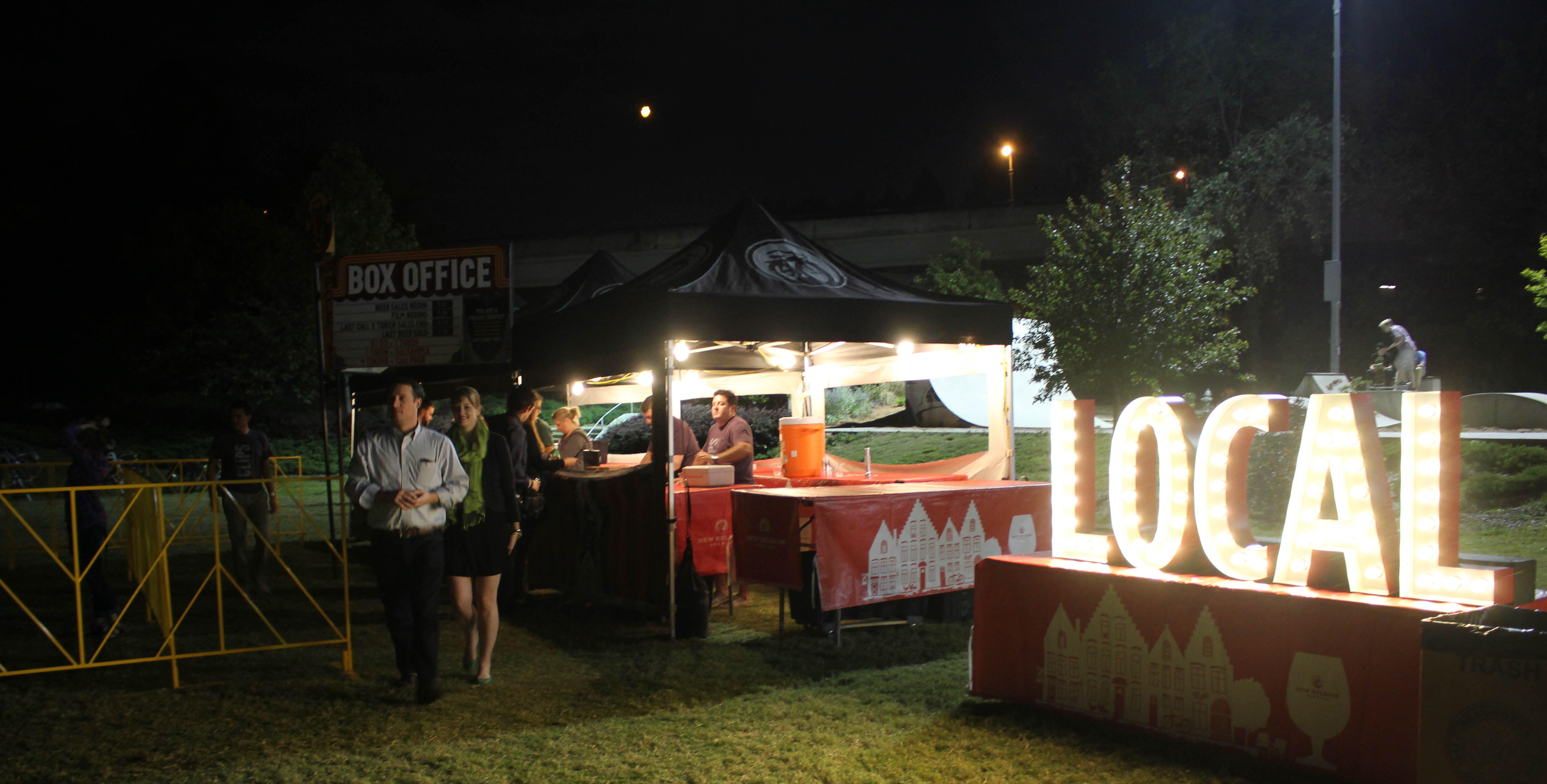 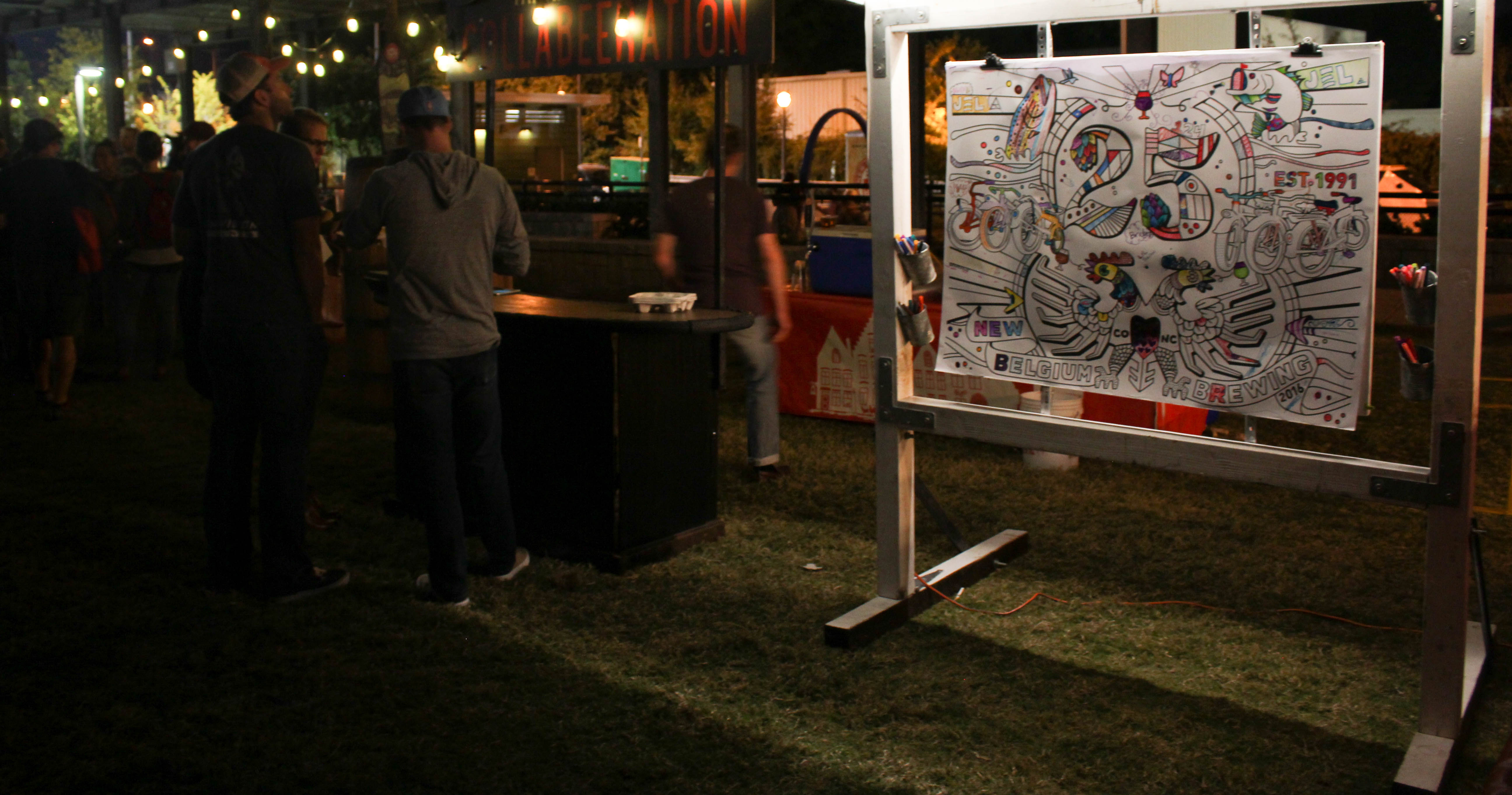