Our Bike Champions program hires, trains, and supports community members to encourage biking in their neighborhoods. Champions engage communities with information and opportunities to bike for transportation, health, and fun and to advocate for safe streets for all.

In the first year of the program, Champions energized Westside neighborhood involvement with Relay, the City of Atlanta’s bike share program. In the program’s second year, Champions were selected from residents of Neighborhood Planning Unit V (NPU-V) to encourage the use of bike share and install resident-requested bike infrastructure, such as racks at schools. Entering its third year, the Waterfall cohort of Bike Champions will activate community involvement in biking and support for safe streets with the neighborhood elementary school at the heart of the work. As kids get on bikes through our Shifting Gears program, their families, teachers, and “the village” will be engaged with biking.

To build a strong base of bike share users in Atlanta’s westside neighborhoods, the City of Atlanta and several community organizations received grant funding to launch “Atlanta Bike Share Champions” which then became the "Atlanta Bike Champions" in 2016-2017. Through this new program, 10 people were hired to manage community outreach and education about biking and bike share in Atlanta’s westside neighborhoods.

This project primarily served community members from neighborhoods on the westside of Atlanta, including the Atlanta University Center (Clark Atlanta, Morehouse, and Spelman), the West End, Vine City, and English Avenue.

A recurring community goal from the many studies and conversations of and with westside communities is workforce development and access for residents to job opportunities and career training. The Champions program provides westside residents the opportunity for paid training and work, creates a pipeline to employment, and helps spread awareness that bike share is a useful transportation and health tool for residents of westside neighborhoods.

The Champions were recruited and trained by local community-based nonprofits and businesses to conduct direct outreach at community meetings events to raise awareness of bike share and generate interest in its use. 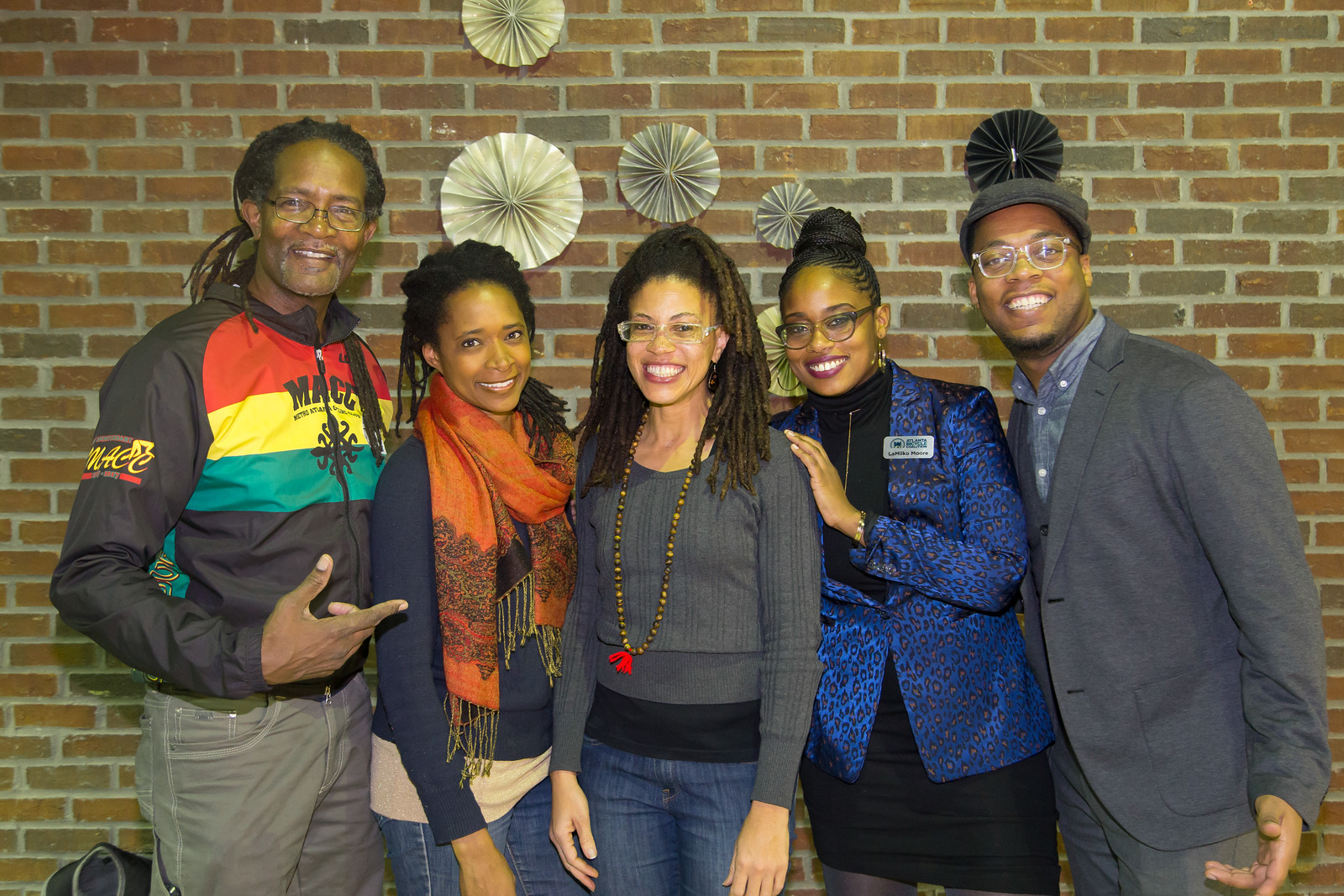 Additionally, matching funds were provided by the Atlanta Regional Commission via the Fulton County Department of Health and Wellness Partnerships to Improve Community Health.

In 2017, the City of Atlanta expanded to 500 bicycles and 70+ bike share stations and will grow to 1,000 bikes, with an emphasis on installing stations south of I-20. As the City continues to increase access to bike share, the system will soon include Atlanta’s NPU-V neighborhoods of Adair Park, Capitol Gateway, Mechanicsville, Peoplestown, Pittsburgh, and Summerhill.

On August 5, 2017, we launched phase 2 of the Bike Champions project, focusing on these neighborhoods of NPU V, with funding support from the Annie E. Casey Foundation, the Atlanta Regional Commission and Fulton County's PICH program, and PeopleForBikes. 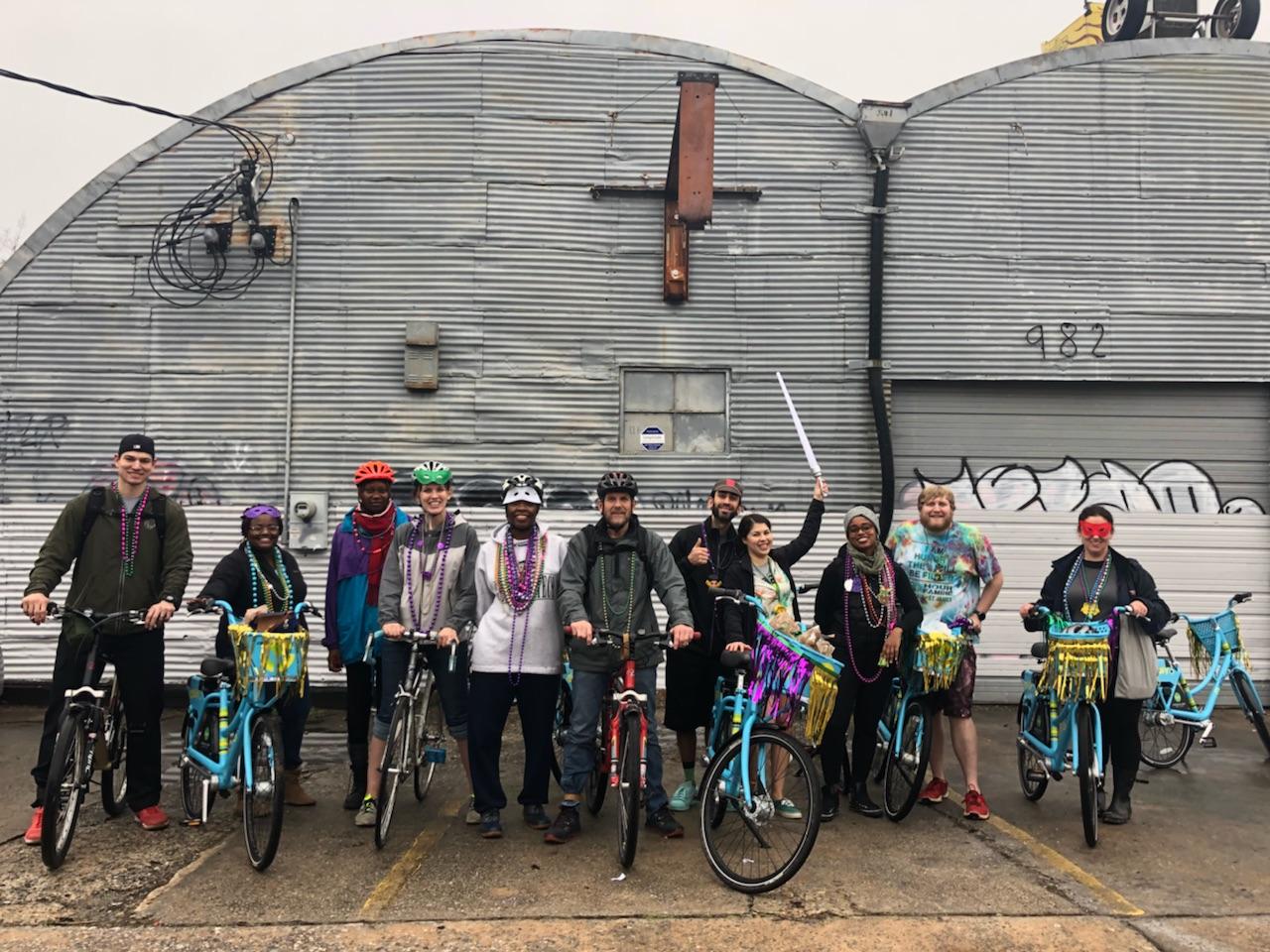 During our third year, the Bike Champions’ engagement efforts will focus around our work in nine Atlanta Public Schools -- a program we call Shifting Gears -- and advocacy for streets that are safe enough for everyone, particularly children who bike or walk to school. We piloted Shifting Gears in four Atlanta elementary schools during the 2017-18 academic year and are expanding to nine in the 2018-19 school year.  Shifting Gears provides bicycle safety training and access to bikes for 2nd graders.

Neighborhood interest spiked during our pilot year as a result of the Shifting Gears program.

As we add five more schools in the second year of Shifting Gears, Bike Champions will be recruited and trained to support this education initiative.  They will reach beyond the school grounds into the surrounding communities. Champions will assist with in-school bike classes, and also conduct outreach and engagement with family members and other adults connections to Shifting Gears students, many of whom face transportation, health, and financial challenges that bicycles and multimodal transportation can help ease. The programs will mutually reinforce bicycle safety awareness and, we hope, generate more support for safe streets for people of all ages.

Safe streets are essential to achieving our mission, as the research shows few people will ride bikes if their community lacks safe streets and bicycle infrastructure.