When it comes to biking and walking, how does Atlanta stack up? A new report from the Alliance for Biking & Walking puts local and state efforts in perspective in Bicycling and Walking in the United States: 2016 Benchmarking Report.

The broad trend is clear: Walking and biking are on the rise across the United States. Active transportation has broken through into the mainstream conversation and been embraced by powerful stakeholders. But the real story is far more complex than a single trend line — or simple narrative.

Our transportation choices are significantly impacted by a wealth of different factors — from gender to income to available infrastructure — and a new report from the Alliance for Biking & Walking illuminates these often overlooked indicators that shape American mobility.

Bicycling and Walking in the United States: 2016 Benchmarking Report collects and analyzes data from all 50 states, the 50 most populous U.S. cities, and 18 additional cities of various sizes. The report traces the rise of walking and biking and explores the intricate intersections between transportation, health, economics, equity, government funding, advocacy efforts — and so much more. 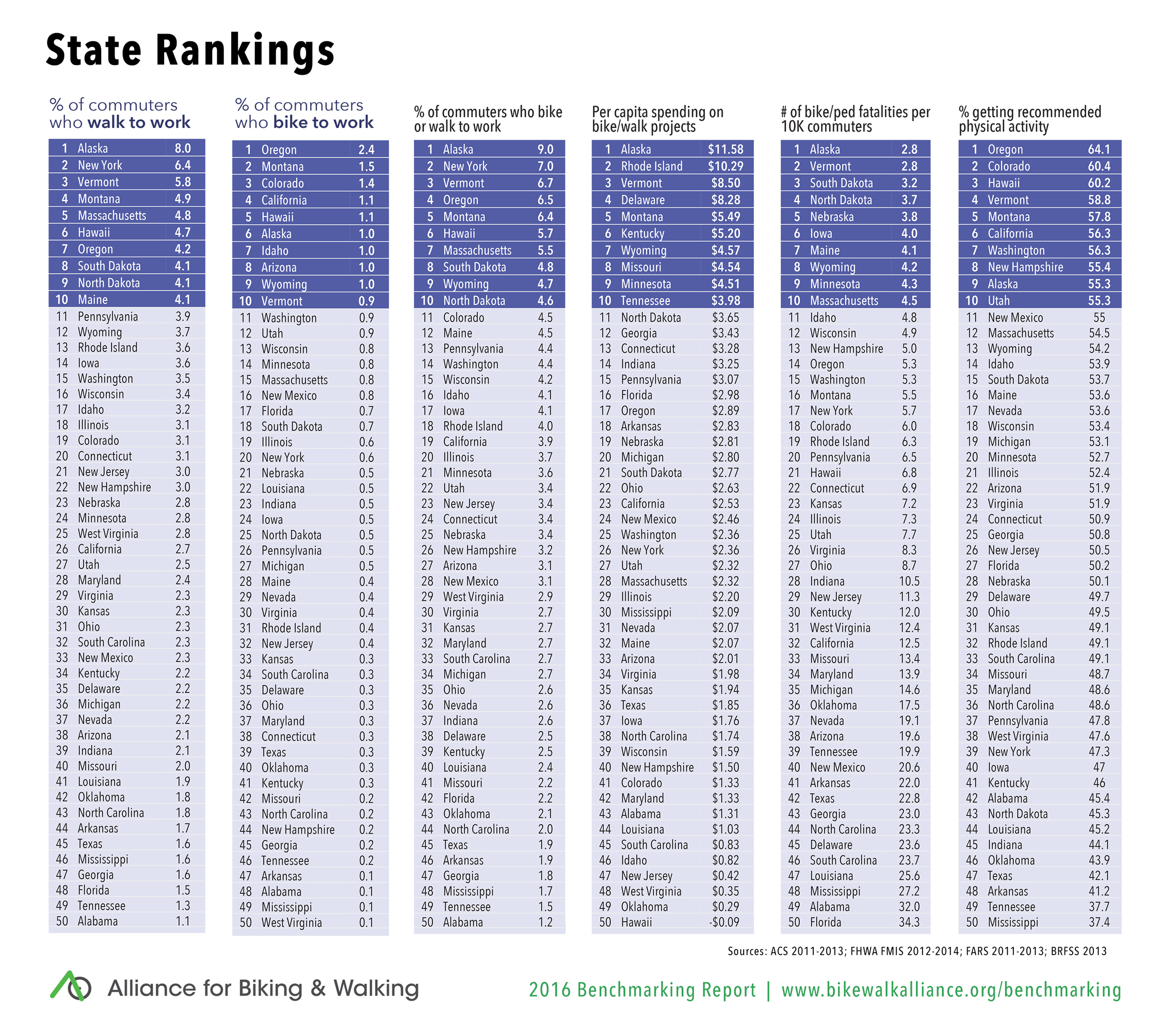 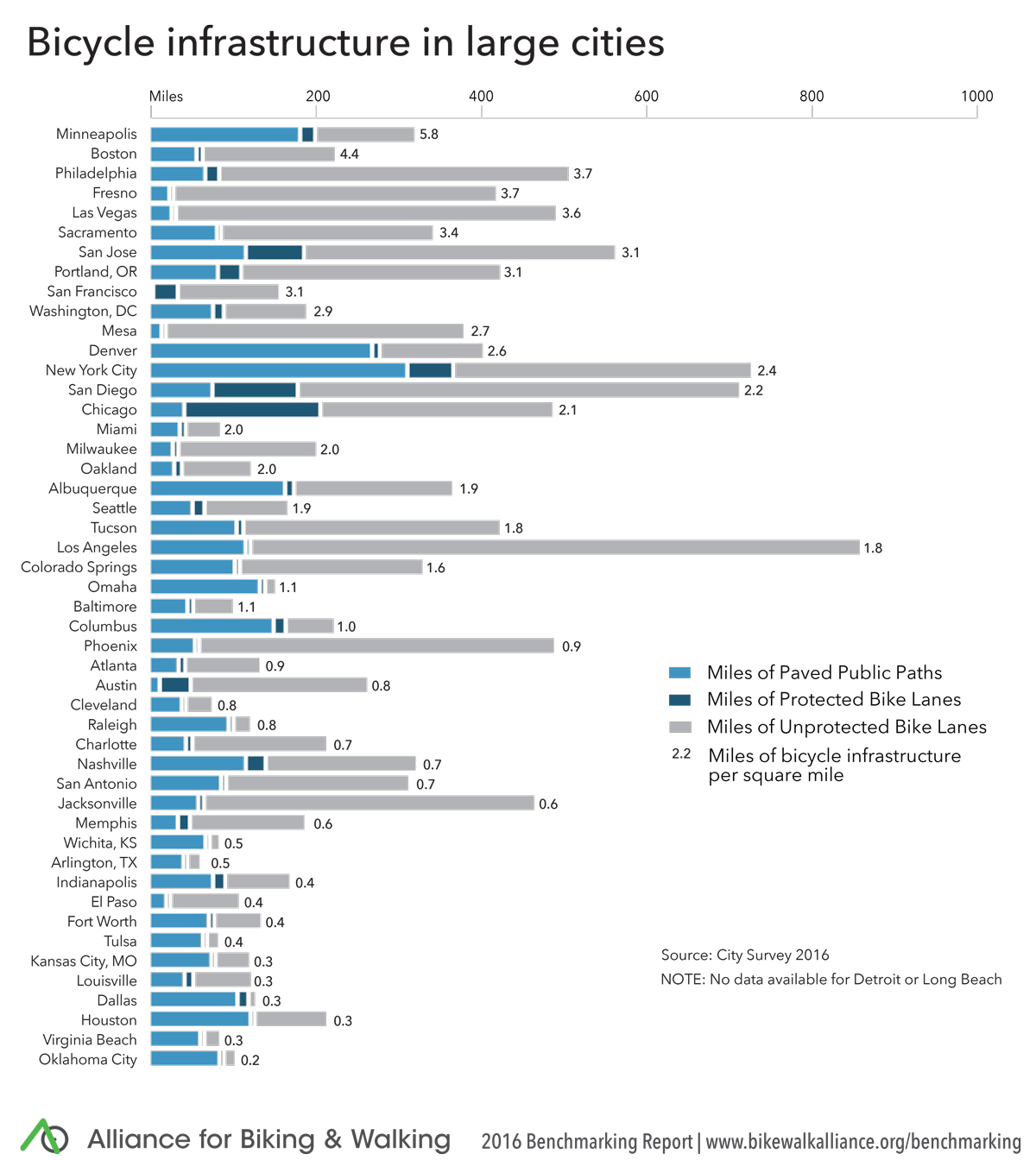 So where does Atlanta stand? As the report indicates, bike trips are increasing, and yet Atlanta has a lot of work to do to further the number of people on bikes. We strongly believe that when the infrastructure supports safe biking, the number of bike commute trips will increase. We've seen this with other cities, and thus advocate for proactive bike planning in our own city. Like Rebecca Serna (ABC Executive Director) said in her feature on page 25, our "focus is getting more protected bike lanes and multiuse trails in [our] city, and trying to shift our transportation culture from one that is car-dominant to one that is multimodal and balanced."

To see the infrastructure campaigns that ABC is working on, or to learn how you can help move these metrics in the right direction, click here. We are making progress, but with your help, we can move faster, and further, than we ever could alone.

Read the full report here and follow @BikeWalk and #BikeWalk16 on Twitter for ongoing conversation about the Benchmarking Report!