Eight local organizations and individuals were honored for their contributions to bicycling at The Blinkie Awards, our annual members award party, Friday February 13 at the Trees Atlanta Kendeda Center. 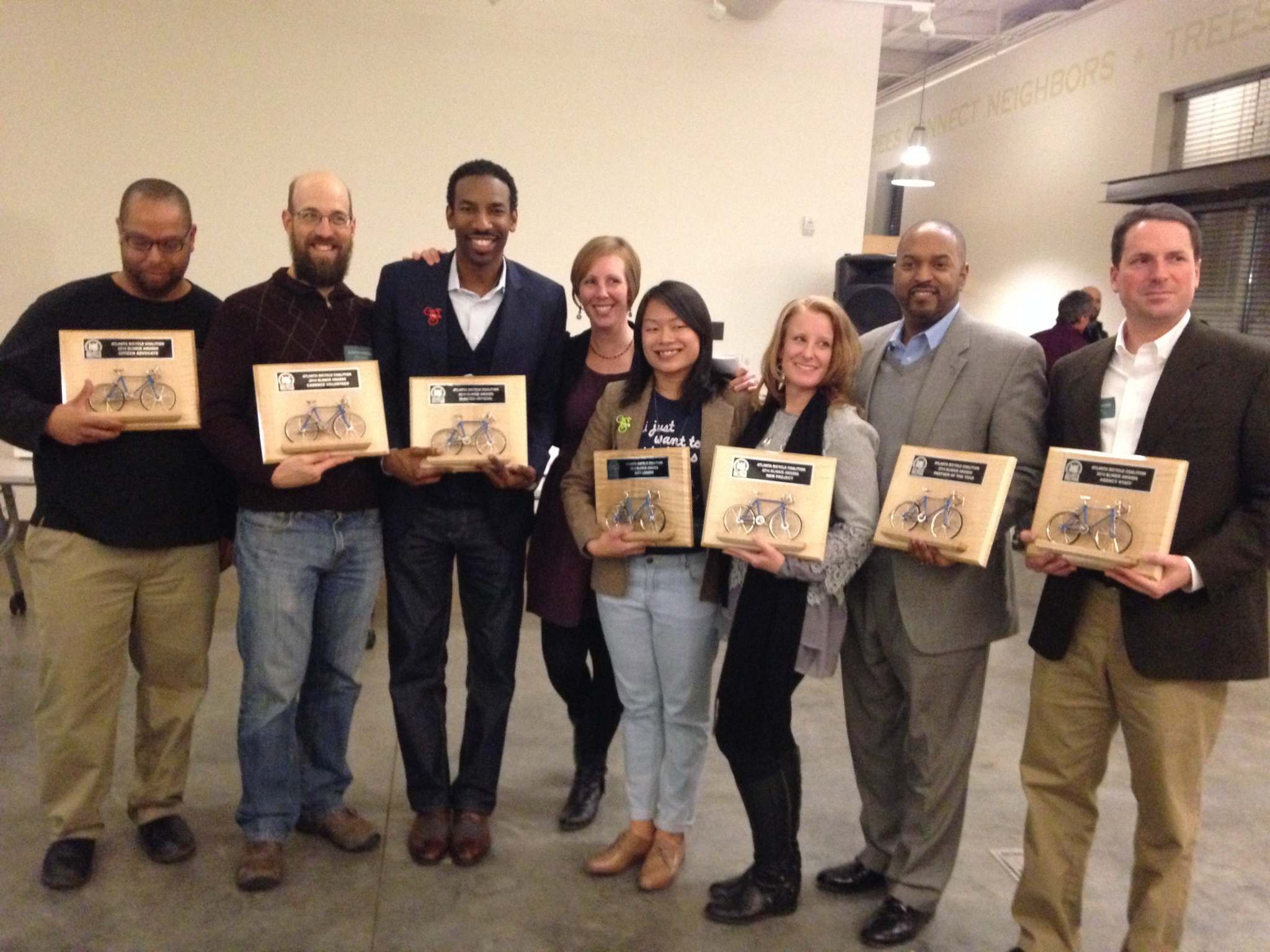 The Annual Blinkie Awards is a celebration of the people, projects, and organizations making Atlanta better by bike. The event had food and drinks provided by New Belgium Brewing Company and The Pickle, hand-made awards by local artist Ruth Stanford; a photo booth by local fashion photographer Cameron Adams, and a fashion show presented by local clothing retailer The Spindle featuring Atlanta-made bikes by Snyder Cycles. More than 300 members and special guests packed the house.

“The Blinkie Awards are our way of recognizing the shining lights making Atlanta better by bike,” says Atlanta Bicycle Coalition Executive Director Rebecca Serna. “It’s easy to get caught up in the great progress Atlanta is making when it comes to biking -- we think it’s important to stop and say ‘Thank you’ on a job well done.” 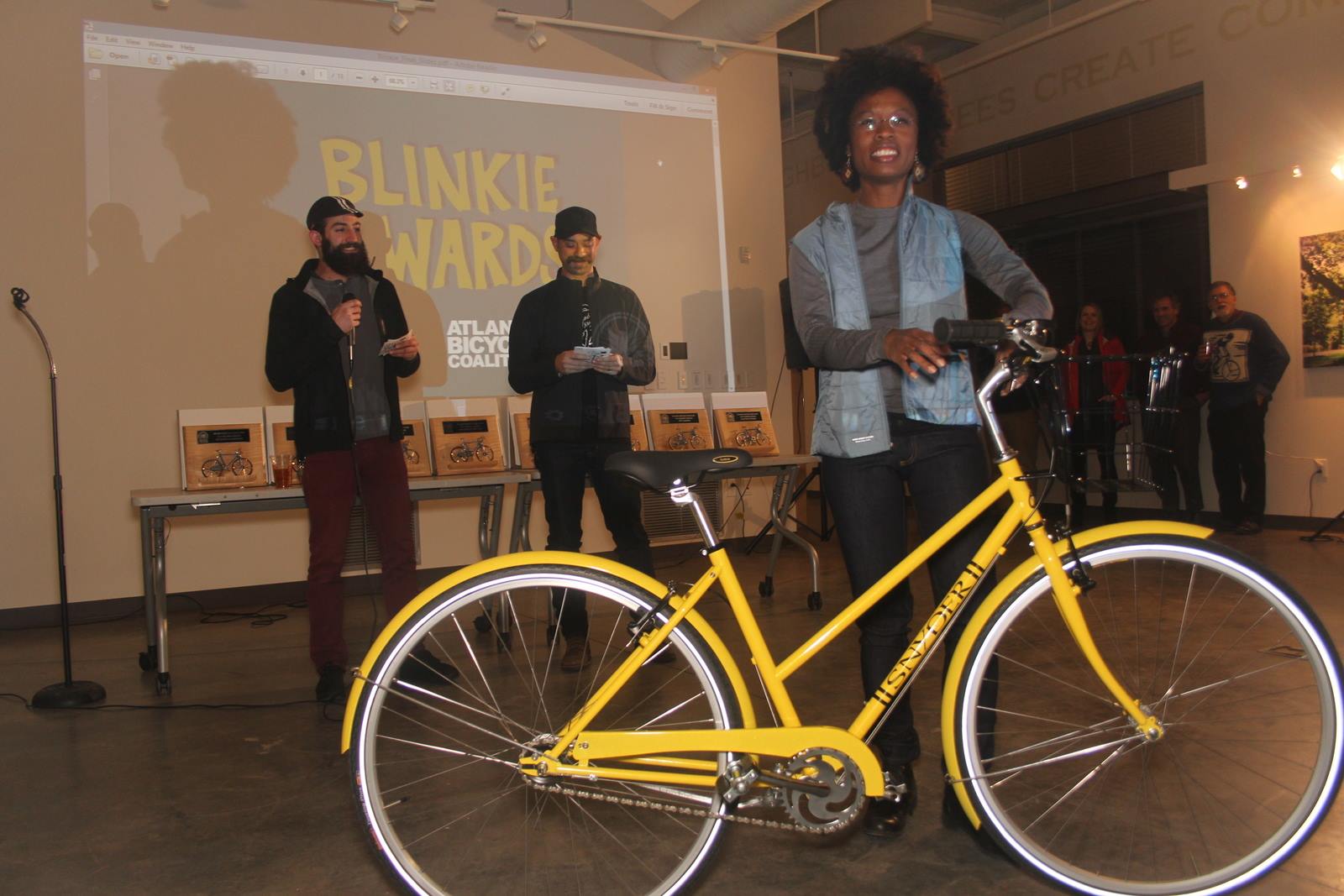 Here's what some of winners had to say:

“Bike lanes, bike paths, bike share--there’s so many opportunities to get around Atlanta without stepping foot in your car,” said Andre Dickens, City Councilmember-at-Large. “It’s exciting to see the progress being made.”

"We were thrilled to be recognized by the Atlanta Bicycle Coalition. We have great ambitions for the future and we feel like we have the ability to make these happen thanks to the ABC's support," said Michael Black of Georgia State University, winner of Bike Program of the Year.

Mark Schmitt, a longtime volunteer with ABC, received “Cadence Volunteer.” “It’s wonderful to be a small part of the huge change that’s happening in Atlanta thanks to the Atlanta Bicycle Coalition,” Schmitt said. 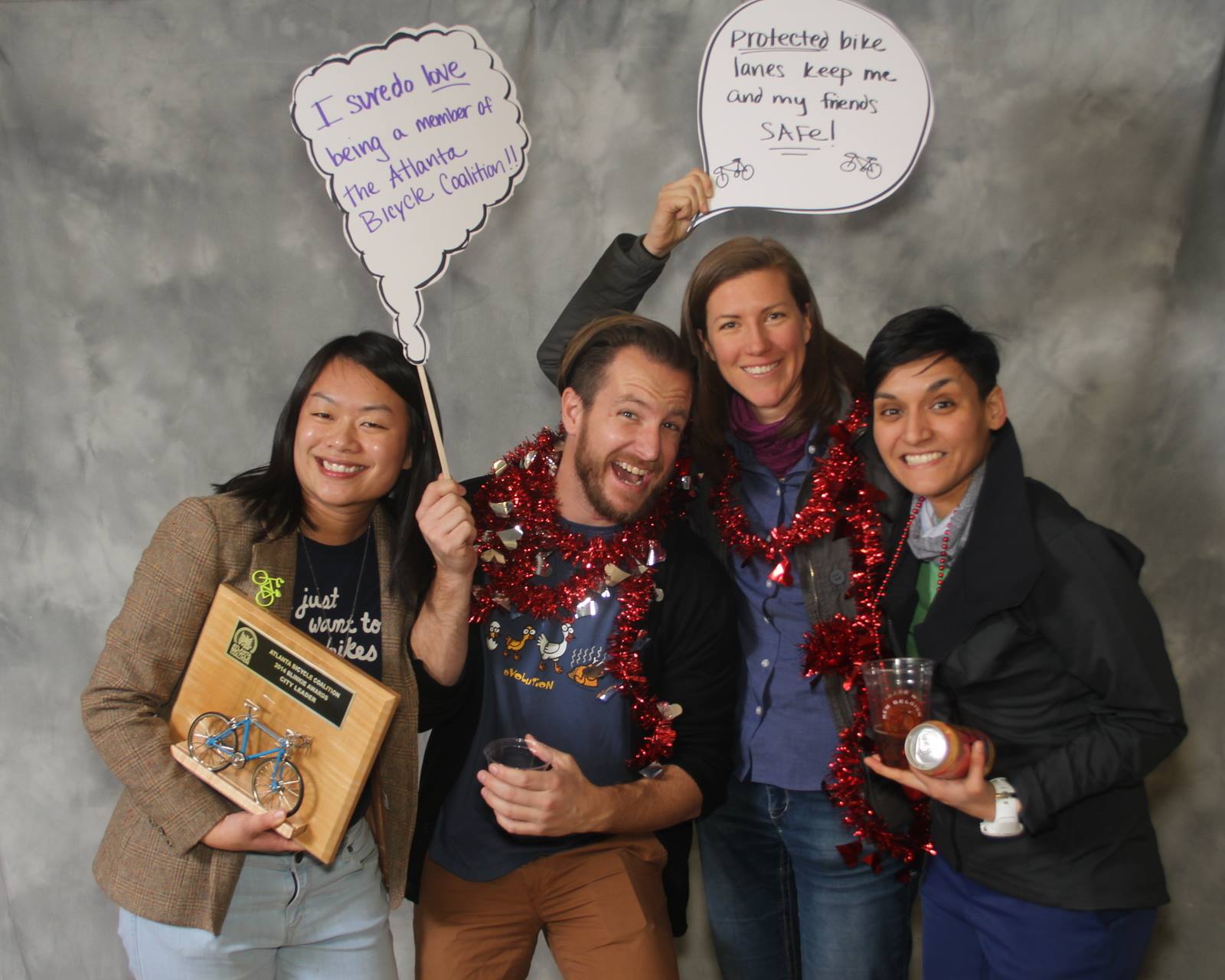 Brian McGowan is the Executive Vice President and COO for the Metro Atlanta Chamber of Commerce. McGowan served for three years as the President & CEO of Invest Atlanta, and prior to that, was appointed by President Obama as U.S. Deputy Assistant Secretary of Commerce.

Stay tuned for information about our big 25th Anniversary Celebration in 2016.

If you’re not a member yet, join right now.

See more photos by Cameron Adams from the event.