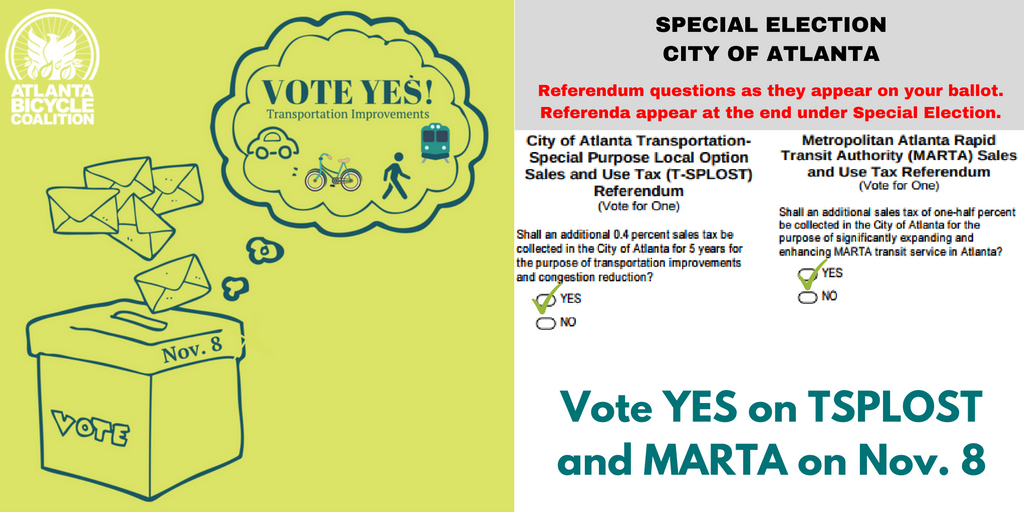 On Tuesday, November 8, 2016, we have the chance to dramatically expand MARTA and city transportation projects by voting on two important ballot measures.

This would inject about $300 million into city transportation projects -- including bike lanes, neighborhood greenways, and trails, along with capacity and signal projects.

Here are some highlights:

In addition, the projects include high priority sidewalk and bikeway projects connecting our neighborhoods to 80 Atlanta Public Schools and all of Atlanta’s rail stations. 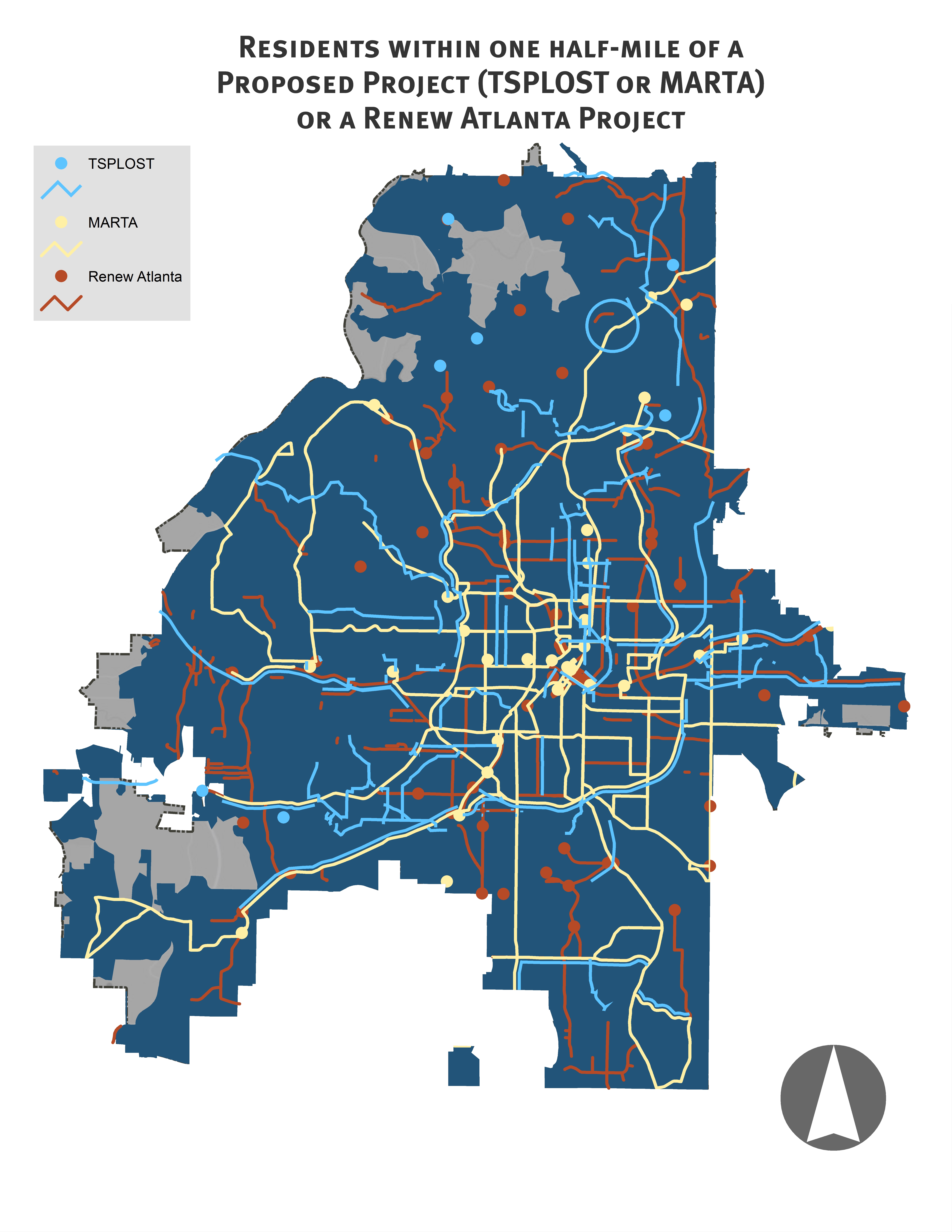 The transportation improvements includes some really exciting projects, such as protected bike lanes that would make travel safer for residents on streets like Hank Aaron Dr, Parkway Dr, Cleveland Ave, Campbellton Rd; trails including a Midtown to PATH 400 connection, and dozens of neighborhood greenway projects and funding to acquire land to continue to build the Atlanta BeltLine. (Below please see an interactive map of projects created by Carl Holt.)

We advocated for bike share to be included to support stations in neighborhoods that might not otherwise get them if only private funding were used - and the city added $3 million for bike share stations to the list!

In addition to the City of Atlanta TSPLOST, Fulton County voters will consider $0.75 sales tax to fund transportation projects. Together with the Southern Environmental Law Center, Citizens for Progressive Transit, Georgia Bikes, the Georgia Chapter of the Sierra Club, Partnership for Southern Equity, and PEDS, we called for investing in a range of diverse transportation projects rather than building new roads. Click here to read the joint letter.